Archive » Your Ideas Are Not Gone: They Walk On Our Legs

The youth of Slow Food take action against organized crime in agriculture.

The aroma of the sea all around, olive trees everywhere, amazing hospitality, unique people and unforgettable food: we were in Puglia for just a few days and yet it felt like much more. This was the very first time Libera and the Slow Food Youth Network (SFYN) had collaborated. 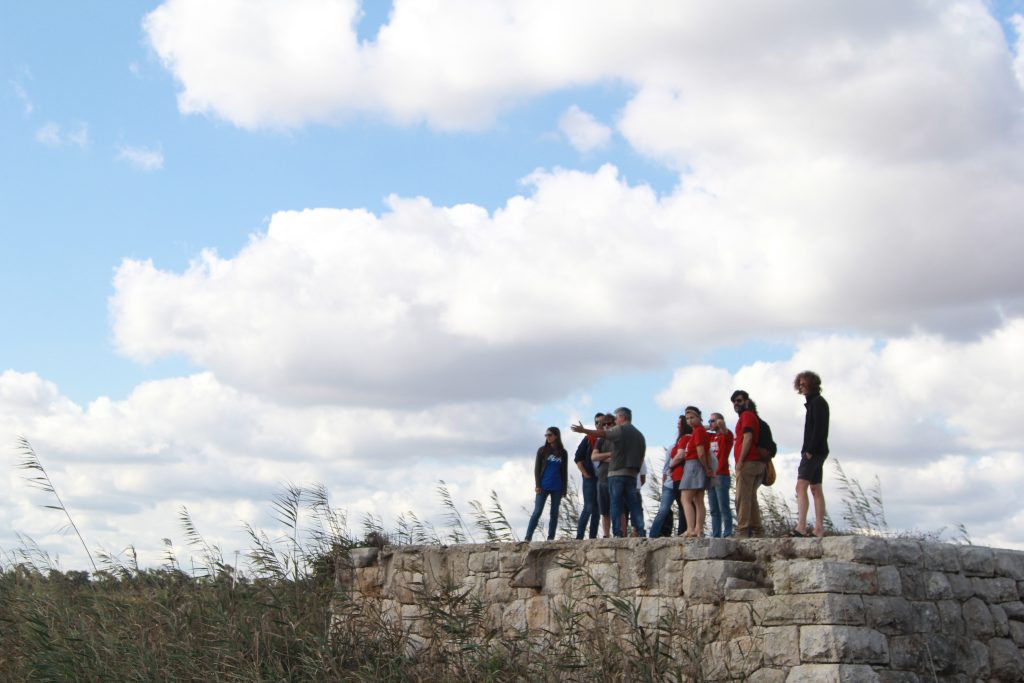 Everything started when Valentina Gritti (SFYN global coordinator) went to a Libera summer camp a few years ago, organised by Valerio D’Amici (responsible of Libera Brindisi). She was so thrilled by that experience and so inspired by the theme, that she decided to find a way to merge Libera’s topics into Slow Food. In fact, the food system and criminal organizations are (too often) directly related. Valentina got back in touch with Valerio and they decided to organize the formative programme E!StateLiberi, filled with many activities focusing on the “fairness” of our food system. The Slow Food Convivium of ​Piana degli Ulivi offered huge support for the local Slow-Food-related visits.

As part of the programme, we’ve heard the stories of many victims of the mafia. For example, at the Libera Presidio in Ceglie Messapica, we heard stories of women victims of caporalato​ (meaning a system of gang masters or labour bosses) in agriculture. We also listened to the important testimony of Davide Palmisano, son of Marcello Palmisano: a RAI journalist murdered because mistaken for someone else during the “banana war” between two multinational fruit companies in Somalia. Valerio told us that “Memory is not a mere liturgy for those who died, but much more. It is what gives strength to the living ones to go on fighting this corrupted system and looking for the truth”.
Pietro Fragasso, president of the Cooperative Pietra di Scarto, said: “being a victim of the mafia is not a reason to be remembered; we should remember these people for what they did in life, not because they died”. 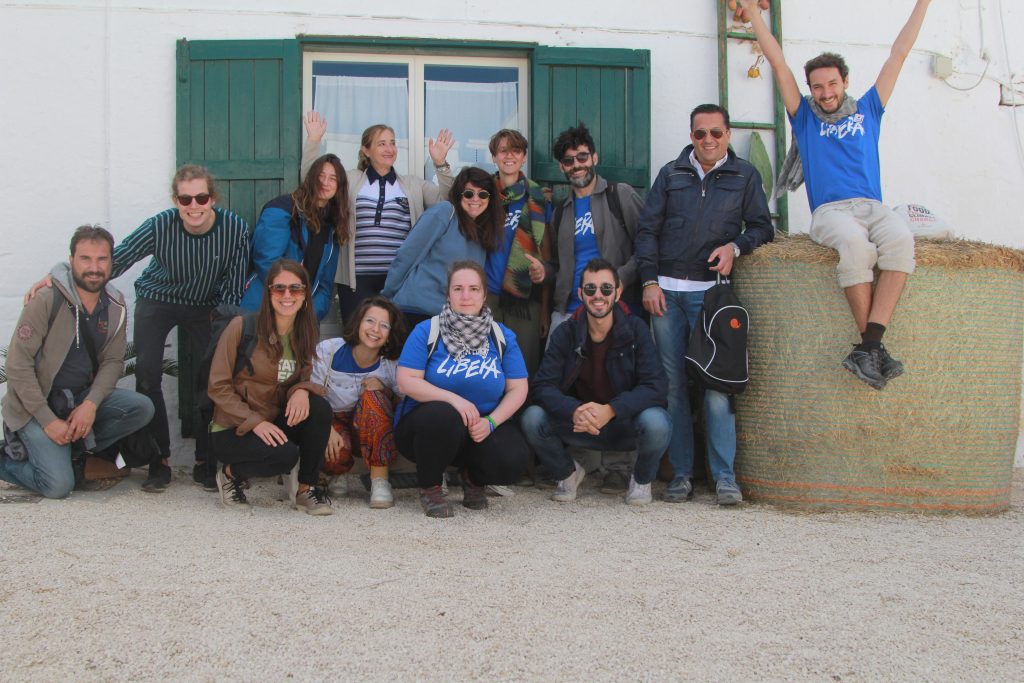 At the SFYN & Libera camp, we visited many places that had been confiscated from the organised crime groups, and have now been given on loan to be used for social and environmental projects. These seized assets are places of liberation. When we were visiting one of these confiscated assets – the wine farm ​Hisotelaray​ – Amedeo Marco, part of the Social Cooperative ​Terre di Puglia-Libera Terra​, told us: “Those places that once were stables for the mafia boss’s horses, are now transformed into a place of redemption and memory.”

A conclusion on which we all agreed is that the regeneration of a place is done by creating a community around it.

During the camp we also had the chance to met Brindisi’s Forestry Cops and the CGIL (Italian General Confederation of Labour). It was impressive for us to understand the severe legal problems that still exist today. Most of the time, consumers are not aware of the hidden costs of food.
Caporalato​ is a system that is still very present in our everyday agriculture, in Italy but also elsewhere. It is a system in which the ​caporale​ collects illegal workers (often migrants, but not exclusively) and takes them to work on farms. This happens seasonally, especially in the period of harvest. Everything happens without a contract and in terrible, slavery-like conditions. Two years ago, 5 cents was the price paid to the farmers for 1 kg of tomatoes by big industries. As you can imagine, this is anything but fair. But what do we, consumers, get from that? A cheap product on the supermarket shelves.
A lot of people would still buy it, because they don’t know about this. Or they don’t have the tools to check where their food comes from, and how it was produced. The right purchase would rather involve a product free of illigal work and slavery. Quoting the words of ​Semi di Vita​, a Social Cooperative in Bari, the fair producers shall: “Grow people’s dignity, in the heart of our earth.” How the Libera Terra cooperatives work is seen as an exceptional case; but we should actually be more surprised about the contrary. This should be the rule, and we should be shocked by the rest. This is one of the reasons why we must avoid buying food without knowing who or where it comes from. 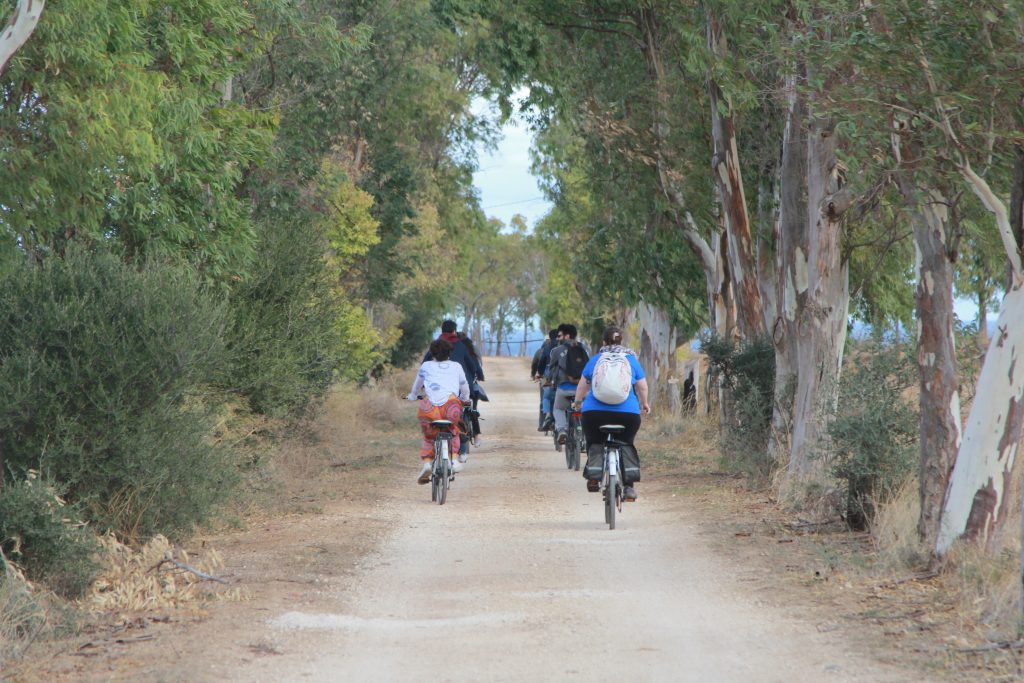 Sadly, we are already back home now. But it is now our turn to act and make a change. To all victims of organized crime: “Your ideas are not gone; they walk on our legs”.
That’s why we’ve decided to start a campaign to raise awareness about this topic: it is necessary that each consumer is aware of what happens in the food chain. We must know that when we buy, we actually make a powerful act by choosing or refusing: vote with your fork!

This was a great experience for us all, and we cannot wait to spread what we have learnt to make the food chain better, cleaner and fairer. For real. For all.