Urban Habitat’s 10th World Urban Forum #WUF10 is underway in the coastal city of Abu Dhabi in the United Arab Emirates. Amongst the giant and elaborate booths promoting everything from smart cities to bridges and tunnels, an encouraging conversation is flourishing around local food as a key driver to link urban with rural communities.

In a remarkable sign of inter-agency alignment, United Nations agencies, the Food and Agriculture Organization are hosting a booth with UN Habitat, the RUAF Foundation, and others. In the same neighborhood of the convention floor, some 14 organizations are sharing a booth promoting public space as both a goal and skill set to be developed among citizens in cities. It is here that Canada’s Health Bridge Foundation, USA’s Project for Public Spaces, and Slow Food promote the concept that public markets (of all stripes and sizes) benefit when a metropolitan systems approach is embraced. 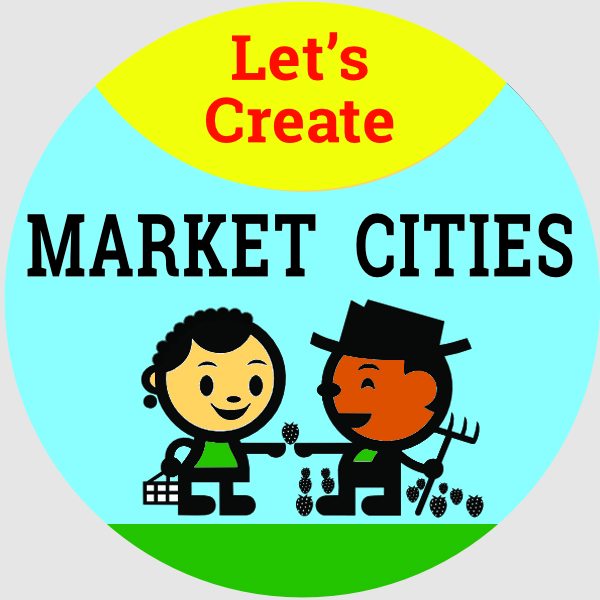 Far too often, markets are marginalized or undercapitalized. Moreover, the myriad of markets often see each other as competition for shoppers, vendors, public and private investment. At #WUF10, a new effort is being launched to create a Market Cities network. Longtime market practitioners and advocates have observed that places where markets are valued by city government, as in Barcelona and London, they flourish. However, as Health Bridge has found, there are places where public markets are poised for the same kind of public investment: Kampala in Uganda and Hanoi in Vietnam are two examples where they work.

Of course, with the backdrop of the Coronavirus looming large, this question of markets as healthy places may bring the issue of public markets’ abilities to safely handle food and sanitation to the front of the stage. It is widely believed that WuHan’s wet markets may be the source of the human contamination, thanks to poor slaughtering and butchering conditions in the markets and with exotic wild game, like bats. Of course, this was the species that triggered SARS earlier in the century. The concern among public market advocates is that pressure may mount upon local authorities to simply remove markets as health risks. This would be tragic: Accelerating the destruction of local food systems, biodiversity and wealth creation.

This is why these meetings deliver both hope for new models and urgency to act now, as cities buckle under pressure from increased populations and surrounding rural regions empty out of populations. 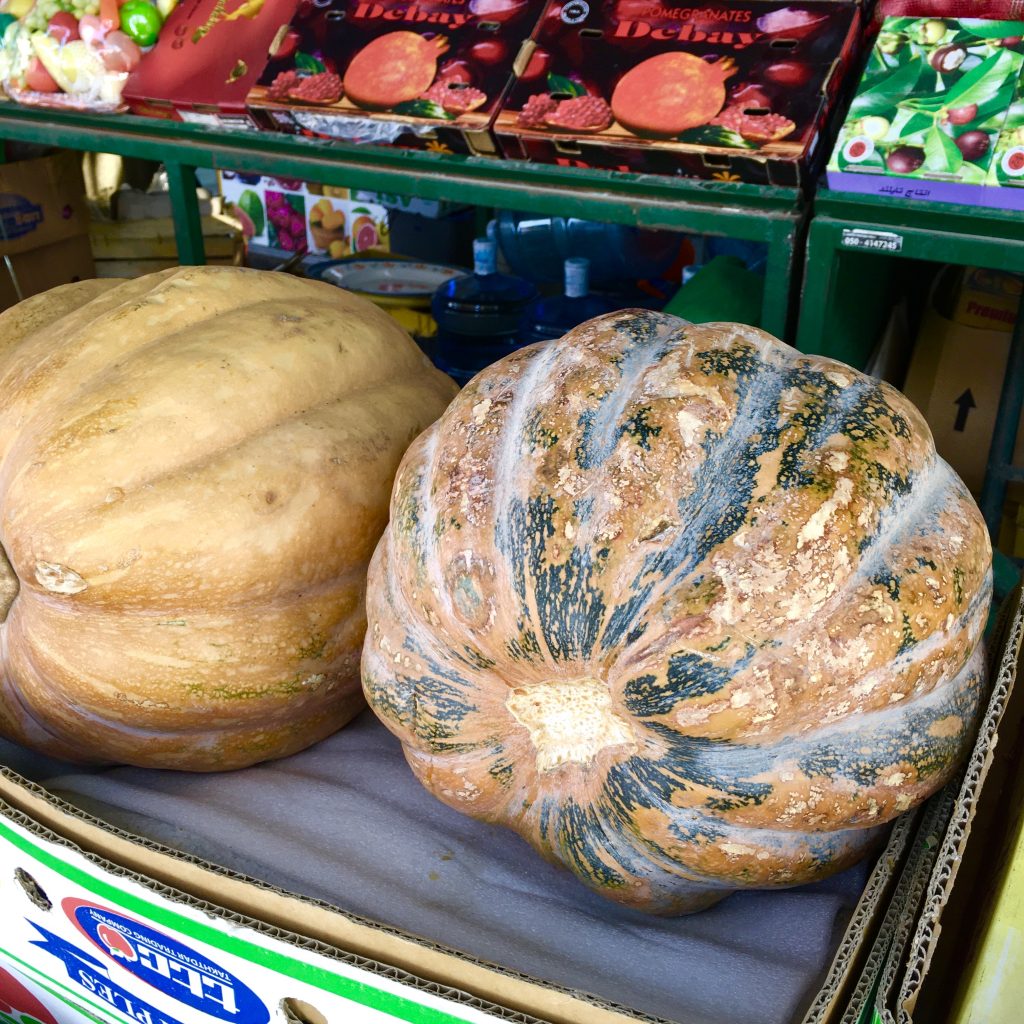 As to be expected, traveling to a place with such a rich history in seafaring, fishing and trade, it would be criminal to spend all of the time in the giant and air-conditioned National Conference Center (built to house the famous Abu Dhabi international weapons exhibit). There is actual life here: Enjoyed by Emiratis and the huge number of transplants, foreign workers who hail from all over the world, but with a large number from the Indian subcontinent. As such, the local food leans heavily to India for influence (more so than to Lebanon or Egypt). Dates are treasured and suitable for the climate. So, too, is the role of fish in the diet.

One restaurant, where a group of food systems champions met for dinner, serves traditional Emirati cuisine, Meylas. It is unusual in that its menu reflects the flavors that were enjoyed in many households, before the arrival of cosmopolitan commerce. It is featured prominently in author Hanan Sayed Worrell’s thorough and heartfelt biography of a city’s food: Table Tales, The Global Nomad Cuisine of Abu Dhabi.

Whereas many other United Nations gatherings assemble the heads of states, often marginalizing the roles for civil society and local governments, the World Urban Forum is different. It feels more open, lighter and conducive to the kind of unexpected bridging we experience at Terra Madre Salone del Gusto. Moreover, as many national governments are unable to rally the kind of political consensus to move forward on nearly every global hot topic, you really do see the energy moving down the ladder of prestige to provinces, counties, prefectures,  municipalities, neighborhoods, etc.

Maybe this is why food and food systems are beginning to be spotlighted in WUF programming. Longtime UN collaborator and food systems leader, Thomas Forster, who works for German development agency, GIZ, puts it this way: “Local food systems are emerging as a stealth player to unite agencies, like FAO and Habitat.” One historically works with national agricultural policies, whilst the other interacts with urban planners and mayors. Forster goes on to add that “regional food systems inspiring agencies and individuals to embrace new forms of governance — the territories in and around cities.” 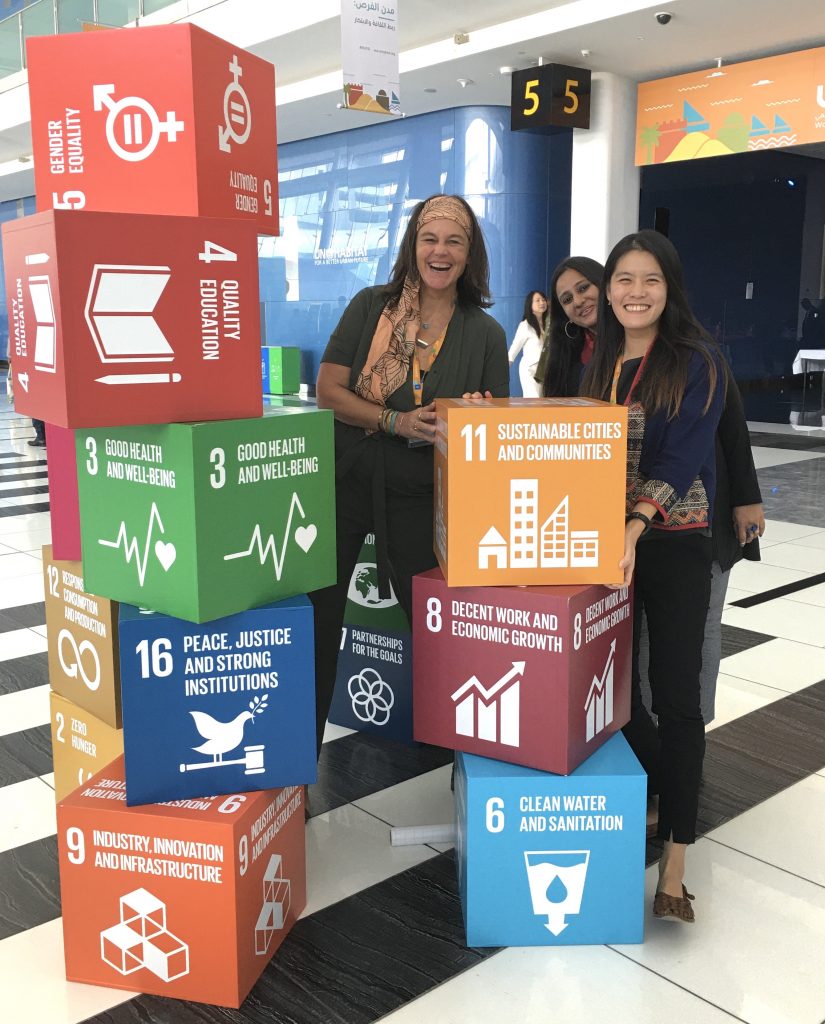 For those who work and live in the food movement, this may sound familiar.

Farmers markets may be run by urban dwellers, but they became emblems of regional cooperation that mutually benefit rural livelihoods and urban life. In other areas, urban tree planting becomes a frontline activity for ecosystem management — benefiting both bees and birds. School gardens may initially serve school children who seek hands-on learning, but they also become tangible steps towards local public procurement for food.

So, what’s missing? Of course, these conversations are only just beginning.

Little evidence exists because very little research has been funded to understand and evaluate the grassroots efforts that now exist all over the planet to unite urban with rural, local economies with health, and regions that defend the integrity of the public spaces — like markets and gardens — to warm social relations and cool the planet.

FAO Framework for the Urban Food Agenda (download for free)

Market Cities Initiative (take the survey for your city, win a seat at the next training in NYC)