Archive » World Environment Day 2020: Nature is Sending Us a Message

Can’t you really get interested in the climate crisis every day? Are you really inclined to do it only in the space of a post? Here we are, then, preparing for yet another world day that reminds us that there is a planet to be respected. The umpteenth day that for a moment will lead us to reflection or great concern and then evaporate immediately afterward, lost in the scroll of a bulletin board that communicates little and makes so much noise.

We do not lose the enthusiasm, and today, like every day, we try to bring your attention to our food, how it is produced and the close relationship with the environment that nourishes us and makes us live.

Today is World Environment Day, established by the United Nations General Assembly in 1972 and according to the organizers, the “most renowned day for acting in favor of the environment. Since 1974, it has been celebrated every year on June 5th, and involves governments, businesses, celebrities and citizens who together focus their efforts on an urgent environmental issue.”

This year is the defense of biodiversity: “Protecting biodiversity is essential for the planet and the beings that inhabit it. Fires in Brazil, the United States and Australia; locust infestations throughout East Africa and, now, a global pandemic, demonstrate the interdependence of humans and the networks of life in which we live. Nature is sending us a message.”

A message that Slow Food has been spreading for 30 years through the projects of the Slow Food Foundation for Biodiversity, promoting an agriculture model based on local biodiversity, respect for the environment and local culture. As we recently wrote, “the battle for the defense of biodiversity has become crucial because it is the battle to preserve the survival of the entire planet as well as humanity itself: we are facing is the irremediable loss of entire ecosystems, a climate crisis global that threatens us all, and the development of infectious diseases with devastating consequences, as shown by what we are experiencing these days” (Covid-19: an environmental issue).

Let’s take stock of the situation with some data that comes directly from the United Nations, useful to show how the reversal of course must start from each of us: “Human activity has distorted three-quarters of the Earth’s surface and two-thirds of the ocean surface. In just 5 years, between 2010 and 2015, 32 million hectares of forest have disappeared; while in the last 150 years, the coverage of the coral reef (alive) has halved. Glaciers are melting at surprising rates, while ocean acidification is growing, threatening the productivity of the ocean. Wildlife species disappear tens to hundreds of times faster than in the past 10 million years; within the next 10 years, one in four known species may have been wiped out of the planet. We are on the verge of mass extinction; and if we continue on this path, the loss of biodiversity will have serious implications for humanity, including the collapse of the food and health systems.

In order not to leave you alone in this desperation and not be overwhelmed by the anxiety and frustrating sense of powerlessness that often leads us to inaction, we have the good news at the end. It is not a true happy end, but a possible solution. Indeed a necessary solution: the ecological transition in agriculture, and the application of a new approach that should guarantee a substantial strengthening of sustainability policies for a production system which, in a globalized, industrialized, and utilitarian vision, has instead contributed to bringing the planet to collapse.

The path of ecological transition is considered by many to be the only real alternative to try to exploit the natural resilience of our natural environments.

The ecological transition in agriculture is the only way to save bees. It is the issue that Slow Food is so passionately advocating for. Slow Food supports the European Citizens’ Initiative Save Bees and Farmers, which aims to phase-out pesticides, restore biodiversity, and support farmers in transition towards agroecology. 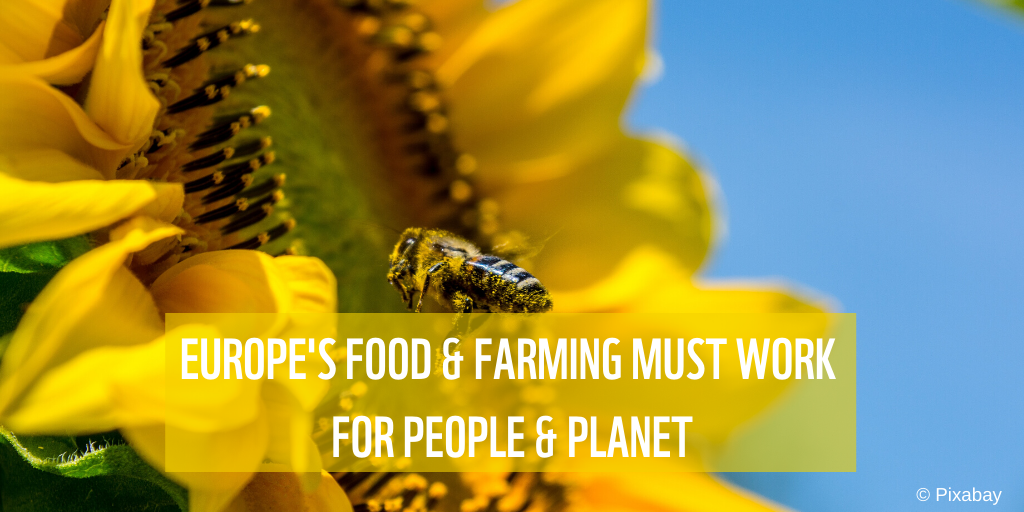 We all have a role and we can contribute. Doing it is easy. When we shop, our choices matter, our actions can influence political and economic organization. Let’s take back the right to choose.

In this regard, we present a research done with Indigo, a spin-off of the University of Siena.

It is the analysis of the life cycle of 6 products of the Slow Food Presidia and sustainable supply chains, in comparison with similar industrial production. The results are surprising: if we want to feel useful, and we really want to do something concrete for our future and that of the planet, we start by supporting those who produce food while taking care of the environment in which they work and live.

And if you think this is the model of the future that you would like already applied in the present, you can donate to the Slow Food Foundation for Biodiversity. The funds raised will be destined to offer economic support and visibility to farmers and shepherds, fishermen and artisans who have chosen the path of good production, good, clean and fair. The Slow Food Foundation wants even more strongly to allow them to face the present difficulties and hope for a better future through Presidia, Earth Markets and Gardens (school, community, social).