Archive » World Disco Soup Day 2018: How 20 tonnes of food waste made people and the planet happy for a day! 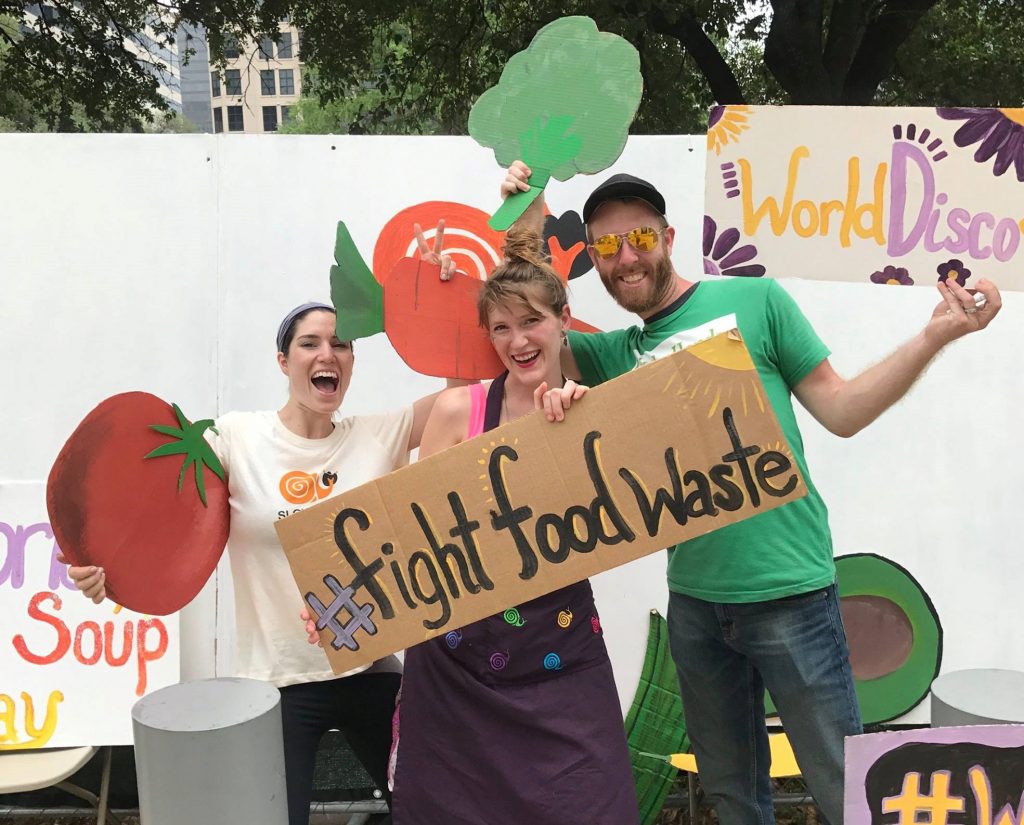 On every other day, the sight of 20 000 kilograms of food, enough to fill a huge shipping container, would cause sadness and shock.

On the 28th of April, though, it got tens of thousands of people all over the world to celebrate, dance and eat together! All in the name of World Disco Soup Day: the international day to fight food waste the fun way, launched by the Slow Food Youth Network (SFYN). With zero campaign budget, but 1000 local activists (!), more than 100 different events were organised, in 50 countries, attracting 20 000 visitors. The volunteers, chefs, farmers, producers and visitors joined forces to collect leftover food and cook together. They made, in total, more than 40 000 meals out of food that would otherwise have been thrown away. That’s enough for one person, like you, to eat three meals a day for 35 long years!

Now, after a month, it is time to join in the afterparty and get a taste of some of the events that took place across the 5 continents. From getting the European parliament involved, to Brazilian gastronomical food waste classes and a showcase of fine-dining in the Philippines – they all illustrate creative and unique ways of Slow Food volunteers engaging the public on food waste.

Arusha, Tanzania – The young teaching the even younger

Using vegetables people had sitting around at home not being used and with unsold or surplus produce from local farms, Slow Food Tanzania’s youth coordinators organised a disco soup with the children at St. Lucia Orphanage Center in Arusha.

Under the motto “Fill bellies instead of bins”, kids at the orphanage loved getting involved in cleaning, preparing and cooking vegetables. From how to steam cabbage to the principles of Slow Food, the kids were taught a lot by Mr. Veni Gan and the other youth leaders, who are positive they will grow up with good, clean eating habits. There’s no reason for us to doubt this after hearing the heartwarming wish the kids wanted to make: “that a disco soup day would happen more often.”

Furthermore, down in Cape Town, South Africa, they focussed on using indigenous ingredients and in Soweto the soup got accompanied by beer, with a grandmother teaching the tricks of making traditional Sorghum beer.

In the European capital of politics, SFYN Brussels put on a live DJ, whipped a tonne of wild garlic into pesto, turned unwanted but perfectly good veggies into a tasty coconut and sweet potato curry, and raised money for the high-profile 20 km de Bruxelles sports event. All of this happened less than a mile from the European Parliament, where earlier in the week Slow Food EU made a political statement in front of the building asking governments to pick up efforts against food waste in line with the UN’s Sustainable Development Goals. One specific target outlined in those goals is to reduce the annual amount of edible food thrown away by 50% before 2030.

Next to this, in Munster, Germany, they threw a Disco Soup pre-party for their Food Film Festival, raising almost 7,000 euros! In Italy, the University of Gastronomic Sciences showed the diversity of cooking up food waste, with fermentation classes and more! 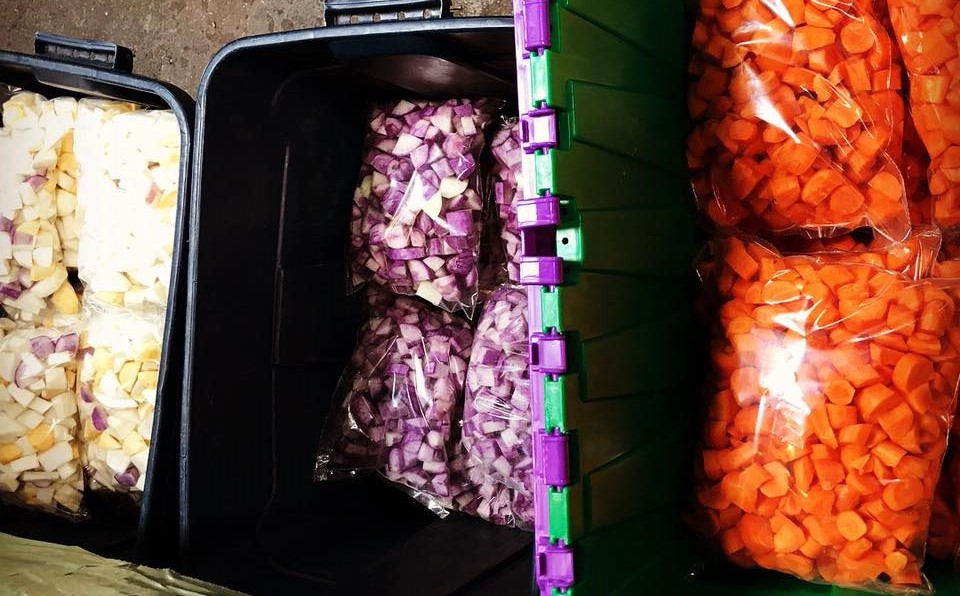 If we want to try and match the industrial scale of food waste, the event hosted by Slow Food Vermont is a great source of inspiration. For the second year in a row, they teamed up with the largest emergency food provider in the region to collect surplus produce from farms, saving an enormous (crazy) 1135 kilograms of food.

That was only the half of it. Next came the disco soup, which was held at a hip post-industrial music venue, bar and eatery. With disco beats blaring around them, local chefs led an army of volunteers and students chopping mounds of vegetables and other would-be waste produce that, with the help of a local food charity, got turned into a whopping 7,500 free meals! It was a huge, fun, and very cool public statement, highlighting the work these food provision groups continuously do in order to bring food waste and food insecurity into focus for the American public.

Up in Canada they added workshops to their party, going from the end of the food system (composting leftovers) to the beginning (planting seeds). 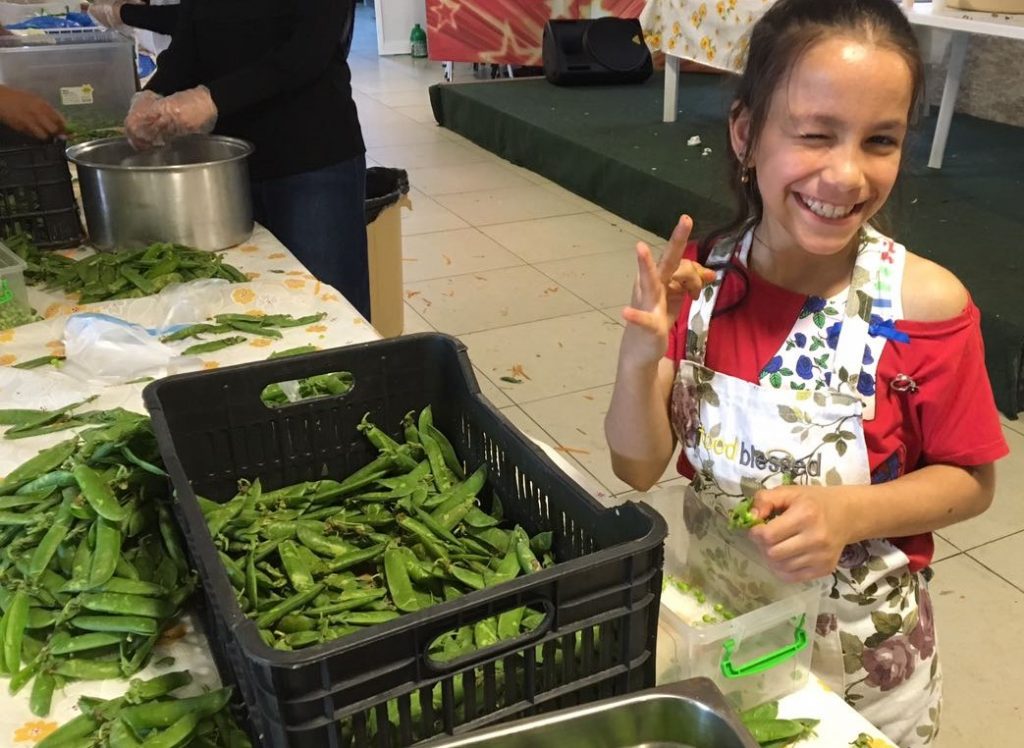 The food waste champions at FoodBlessed organised their fourth disco soup in the Lebanese capital with children, charity and education at the heart of it. There was face-painting and plenty of activities planned to keep the children entertained. However, once the music and cooking started the kids got so excited and keen to help, that they left all of their games aside and spent most of the day enthusiastically peeling a mountain of vegetables. We believe that the future of (Lebanese) food can be trusted in these hands! The chopping was left to older volunteers, including teenagers who had never chopped vegetables or cooked before in their lives.

Anybody suffering from food poverty was invited to come and enjoy a free meal with a message, made with love. Introducing kids — and many of their parents — to these issues and engaging the community in a fun, warm and welcoming way is vital if we hope to change our attitudes towards food supply.

More happened over in Tehran, Iran, where they turned waste into classical dishes with the intention of promoting their local (food) culture. 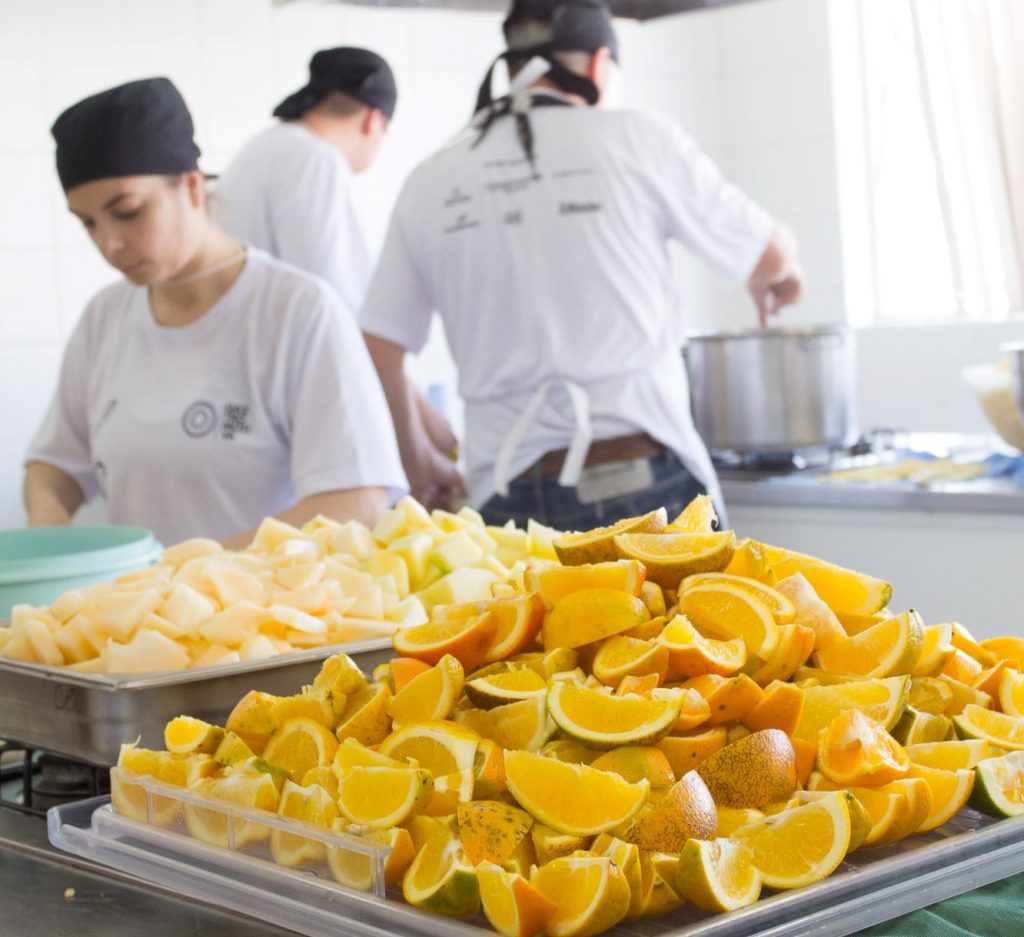 Curitiba, Brazil – Connecting with the public through the art of food (waste)

Using 1200 kilograms of fruit, vegetables and bread rescued from local markets by SFYN’s very dedicated Coré Etuba members, a group of kitchen volunteers cooked a huge soup that was handed out for free to anybody passing through the central Municipal Market. Included among the volunteers in the kitchen were 4 well-known chefs and 60 students from a gastronomic college and a social programme providing free cooking classes to people with low career prospects. Next to this, they attracted public attention by displaying a food-inspired photography exhibition of works by students from the Federal Technological University of Parana. The chefs also gave public talks explaining their dishes and where the ingredients had come from. In total, they dished up over 2,000 meals to the public throughout the day!

Taking place in a prominent marketplace on a busy Saturday, this was a great example of how to spread the word about food waste to people who otherwise might not think about it.

Another event took place in Armenia, Colombia, in a biodiversity forest park, cooking the soup on a fire of wood collected there! And in Cusco, Peru, a sustainability and environment fair was held. 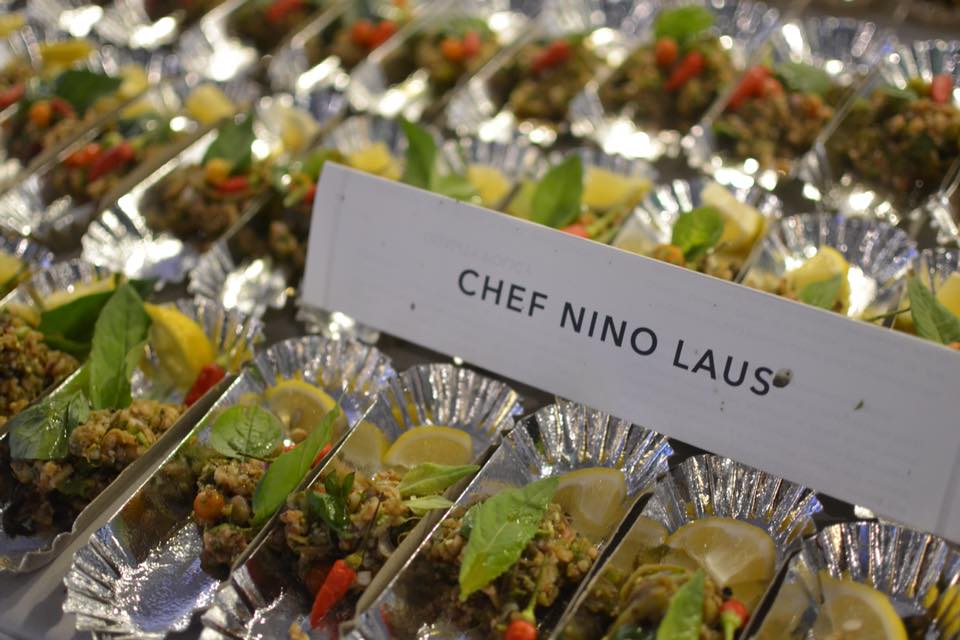 A seriously gourmet affair, celebrity chef (and active SFYN organiser) Jam Melchor was the driving force behind gathering some of the Philippines’ most renowned young chefs at this popular event in Manila. Each chef curated their own range of instagram-worthy, Michelin-level dishes from mounds of unsold produce brought in by local farmers.

Jam Melchor is a strong campaigner for local tastes and traditions, and this was reflected in many of the dishes people got to see and taste. Next to his turmeric bringhe, the impressive menu featured black Tausug-style chicken wings, a special Dinuguan dumpling soup, and many other exquisite dishes showcasing the diversity of Filipino cuisine. The event attracted major media attention, with CNN on hand to bring the idea of making food waste beautiful to a broader, international audience.

Also going on in Seoul, Korea, the Disco Soup became a part of their SFYN food academy, visiting farms with farmers explaining how to grow food in a scientific way, in order to cause less waste. 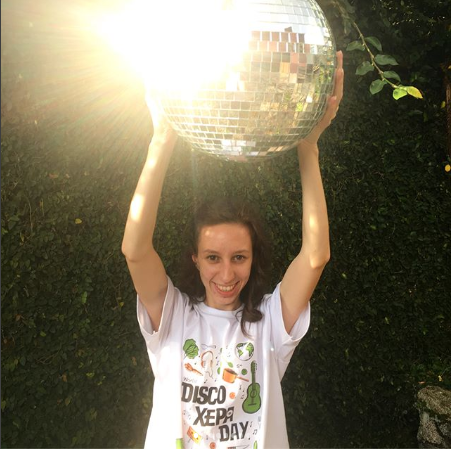 Thank you to everybody who made World Disco Soup Day 2018 happen! We made a big statement about food waste. Now let’s keep the conversation going!

World Disco Soup Day was fantastic, but it’s just one day. If we really want to take a bite out of the 1.3 billion tonnes of edible food thrown away every year then we have to keep up this momentum, and create even more. There are events like this happening all the time, organised by various groups, that you can get involved in. In the Faroe Islands, for example, local SFYN members have recently been awarded a grant of €6,000 to host another disco soup later this year!

The best thing about a disco soup is that the concept is simple. You can do it anywhere, any time, and however you like. Go on the hunt for leftovers at the market, check your cupboard or empty the fridge. Invite over some friends (who know little about food waste). Turn on the music. Start chopping and cooking. And then, next to the soup, get the conversation out on the table. Suddenly, you’ve turned food waste into Disco Soup!