Archive » Why Amazonia Affects Us All

Amazonia has been burning in Brazil for months but it is as if we only began to take notice yesterday. Over 70,000 fires have destroyed half a million trees already in 2019, 145% more than in the same period in 2018, though it has not been a particularly dry year. So how have the fires come about? Because of man and his constant deforestation, his need to clear land for pasture and to grow soybeans (also used mainly for fodder) and build mines. The fires are devastating the forest in neighboring countries such as Bolivia and Paraguay, too.

What is happening in Amazonia affects us all. For as the number of fires increases, so do greenhouse gas emissions (according to the European monitoring service Copernicus, the fires have already produced 230 million tons of CO²), with a consequent impact on the increase in global temperature and the intensification of the ongoing climate crisis. The fate of the thousands plant and animal species that constitute the Amazon forest’s immense heritage of biodiversity has thus been sealed once and for all.

Slow Food welcomes and shares the appeal of Tainá Marajoara, an activist in its network in Brazil. A member of the Marajoara community, Tainá is a cook and winner of the State of Pará’s Paulo Frota Award for HumanRights in support of a network of communities that fights day by day to promote the consumption of good, clean and fair food.

“The fires in Amazonia are the result of a sequence of incentives for extermination. Already in his electoral campaign, president Bolsonaro promised that he would not implement the demarcation of indigenous lands [the identification and management of the boundaries of their lands by the indigenous communities themselves, editor’s note]; that the lands of the quilombolas [communities founded by African slaves, editor’s note] would not be regulated; and that he would limit the powers of the Brazilian Institute of the Environment and Renewable Natural Resources (IBAMA). When he became president, Bolsonaro took part in numerous meetings with ruralistas [the most powerful parliamentary lobby in the country, editor’s note] and agroindustrial businesses, in which he presented Amazonia as a huge mine of biodiversity waiting to be exploited and said he did not believe in the value of the forest.

We only have to see how political power is organized in Brazil to understand why this has happened. The fact is that some members of parliament are also landowners and, as such, vote for legislation offering incentives to their own farms [one of Bolsonaro’s first promises in his election campaign, strongly opposed by environmentalist associations, was for the fusion of the Ministries of the Environment and Agriculture, editor’s note] or eliminating bans of hundreds of different pesticides. Here we see an undeniable conflict of interests whereby the same person who owns a large concentration of land in Brazil also has political power and can legislate in their own favor. 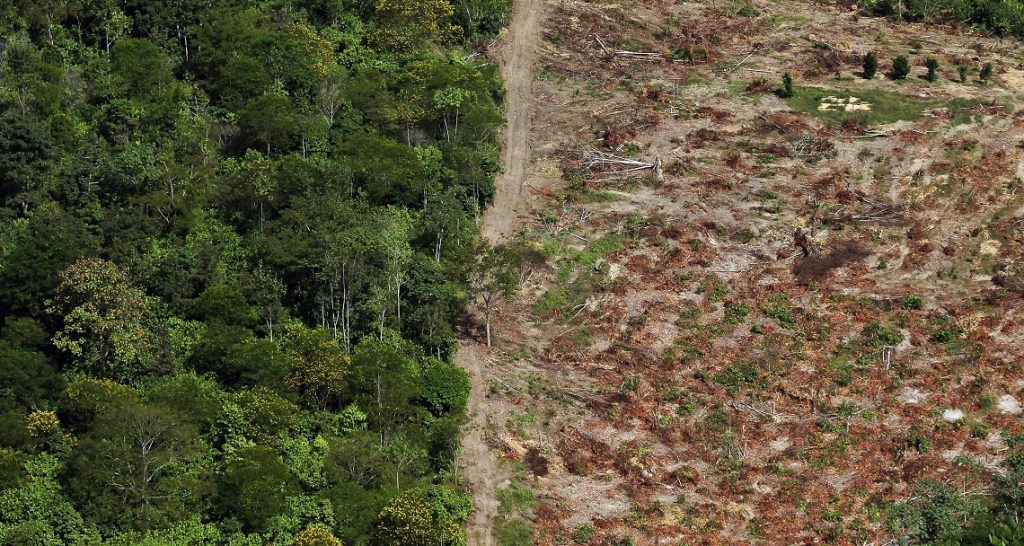 Having political power means increasing economic power. As a consequence, it also means undermining young people who live in marginal areas and indigenous peoples and communities. The increase in violence in the countryside is the other side of the coin in Brazil, described by some sections of the press as a productive country working to build an image of its agrifood system as a sustainable, promotable model. But the stark reality is that Amazonia is being devastated by soybean cultivation, livestock breeding and mining.

The big problem in a situation like this is not food as such – of promoting a diet without meat or soybeans – but the need to understand once and for all that what we eat not only has an impact on the environment and that the land we see in flames today reflects our consumer choices in every sector, from cosmetics, culture and food to fashion and entertainment. If we fail to change our model of production and consumption, we will be unable to change the situation in Brazil and in the rest of the world because the land that is burning today in Amazonia is responsible for precarious and unjust working conditions, often tantamount to slavery. The fire in Amazonia is nothing other than an extreme expression of this system. 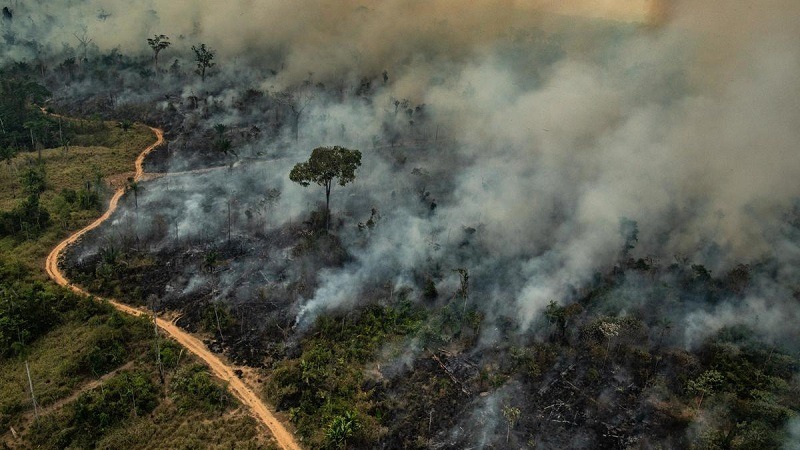 Today more than ever the presence of multinationals in Amazonia represents the domination of capitalism and the privatization of biodiversity. Water sources are being privatized, land is being enclosed and the genetic inheritance is being plundered. The consumption of bottled mineral water, instant food and factory-farmed meat is being continuously incentivized, but we only rarely realize that these processes are in the hands of the multinationals. And that funding these processes and supporting the privatization of seeds and water and large-scale livestock farms mean setting fire to Amazonia every day. It is the multinational themselves, united by speculative investment capital, that are promoting this type of assault, not only against Amazonia but also against indigenous and other peoples and traditional communities. It is, in short, an unprecedented assault on human rights, and it is destroying our protection and defense of society and the environment“.