Archive » Who’s Going to Save the Planet?

Merkel and Macron warmed the climate yesterday at COP23, the United Nations conference called to discuss the implementation of the Paris Agreement. ‘The climate represents the central challenge of mankind. A question determining our destiny as a species.’ German Chancellor Angela Merkel, ever in the front line in the fight against global warming, made herself heard (at last). Ten years ago, she managed to persuade George W. Bush to turn weak incentives for the fight against climate change into targets. And then she got the Obama administration to sign the Paris Agreement. It’s just a pity that, as we know, Trump intends to withdraw as soon as possible—in 2020, to be precise.

Merkel found an ally in the French president Emmanuel Macron, who reiterated the alarm he has been sounding for some time now. ‘The point of no return has already been crossed,’ he said. ‘Global warming adds injustice to injustice, poverty to existing poverty, and hits the most vulnerable communities. Rich countries have imposed their universal values on the world, but today they cannot choose to impose their own tragedy on other countries of the world.’ 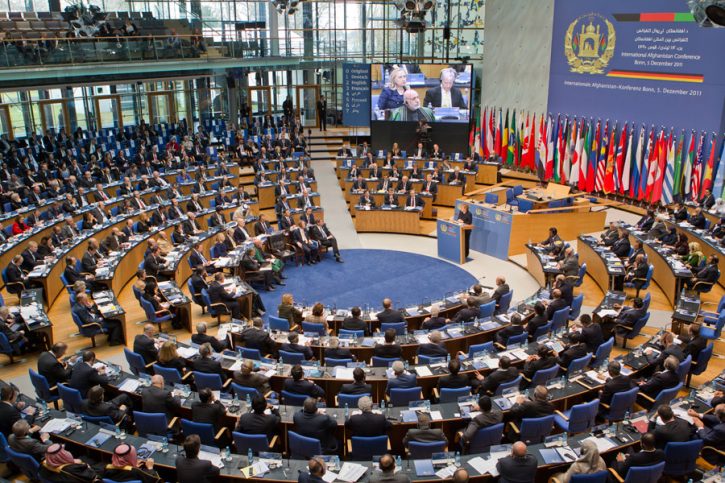 So did they add new impulse to the commitments required to address the climate emergency? Given the absence of the joint Sino-American powerhouse, it’s unlikely.

The United States was present with an official delegation to promote representatives of the coal, gas and nuclear industries and a ‘shadow’ delegation headed by the former mayor of New York, Michael Bloomberg, and the governor of California, Jerry Brown, undertaking to respect the Paris Agreement Trump wants to withdraw from. 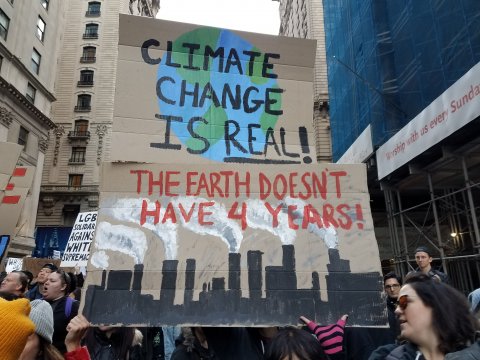 The Franco-German duo could add new impulse to the commitments required to face the climate emergency. But what’s lacking is China and the United States. On the one hand Trump is continuing with his rants of denial, while China is behaving ambiguously and appears to be putting the brakes on its commitment to favor climate improvement.

In short, the conference does not appear to be producing the incontrovertible turnaround needed. If COP21 and the historic Paris Agreement provided momentum, the apparent crumbling of leadership on the issue is, instead, a cause for considerable concern. And the fact that the meeting is being chaired by Fiji, an archipelago at serious risk, doesn’t help either, as Pacific islands simply don’t carry enough clout to drive the giants of the world economy into action. In Bonn, the spirit of Kyoto ’97 and Paris 2015 was missing, and the conference was overshadowed by the clash between Global North and Global South—and the West has not hid its fear of having to dip into its own pockets. The weakest countries are thus forced to wait for them to do their bit and to ask for solidarity.

It’s an alarming scenario: climate warnings aren’t science fiction, they are a fact. Greenhouse emissions are increasing, as are record temperatures, while the likelihood of containing warming below 2°C is increasingly slender. It’s a race against time in which we’ll be gambling everything over the next three years. Meanwhile, 2017 will probably turn out to be the hottest year since records began, even without the effect of El Niño, and CO2 concentrations in the atmosphere have reached a record level with a 2% increase after three years of stability.

So who is going to save the only planet we have? 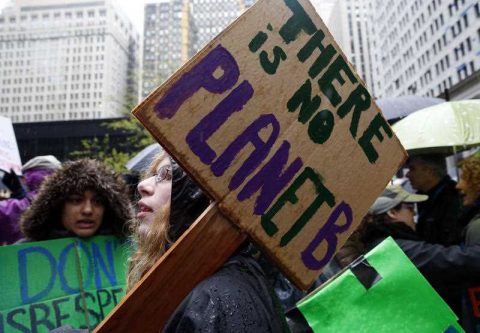 At its Seventh International Congress, Slow Food launched its international Menu for Change fundraising and communication campaign on the climate-food nexus. We intend to support those who produce our food with minimal impact on the environment and the climate and to help everyone to choose a more sustainable way of eating, as a fundamental paradigm shift in the production, distribution and consumption patterns of the food system is an integral part of any real solution to the question.