Archive » White Hens of Saluzzo on the Brink of Extinction: Caging them is not the Solution.

Just a few decades ago, almost every farmstead in Piedmont reared some Saluzzo hens. As well as other farmyard animals, they were bred for family consumption and sold at local street markets to supplement the low income of farm households. With the spread of industrialized breeding, the very existence of this chicken breed was threatened, and the small farms still breeding them were forced to shut down, while fast-growing poultry, able to live in small spaces and produce more eggs, were favored.

This is why the White Hen of Saluzzo Presidium was created, gathering a small group of farmers with common traits. They all produce quality eggs and meat, from animals raised according to strict breeding protocols, dictating that chickens cannot be kept in cages or enclosed spaces, and instead must be free to scratch about along the course of longer lives, as had been the case in all the old farms.

Davide Lovera, coordinator of the Presidium that was launched in 2018, spoke with us about the project. 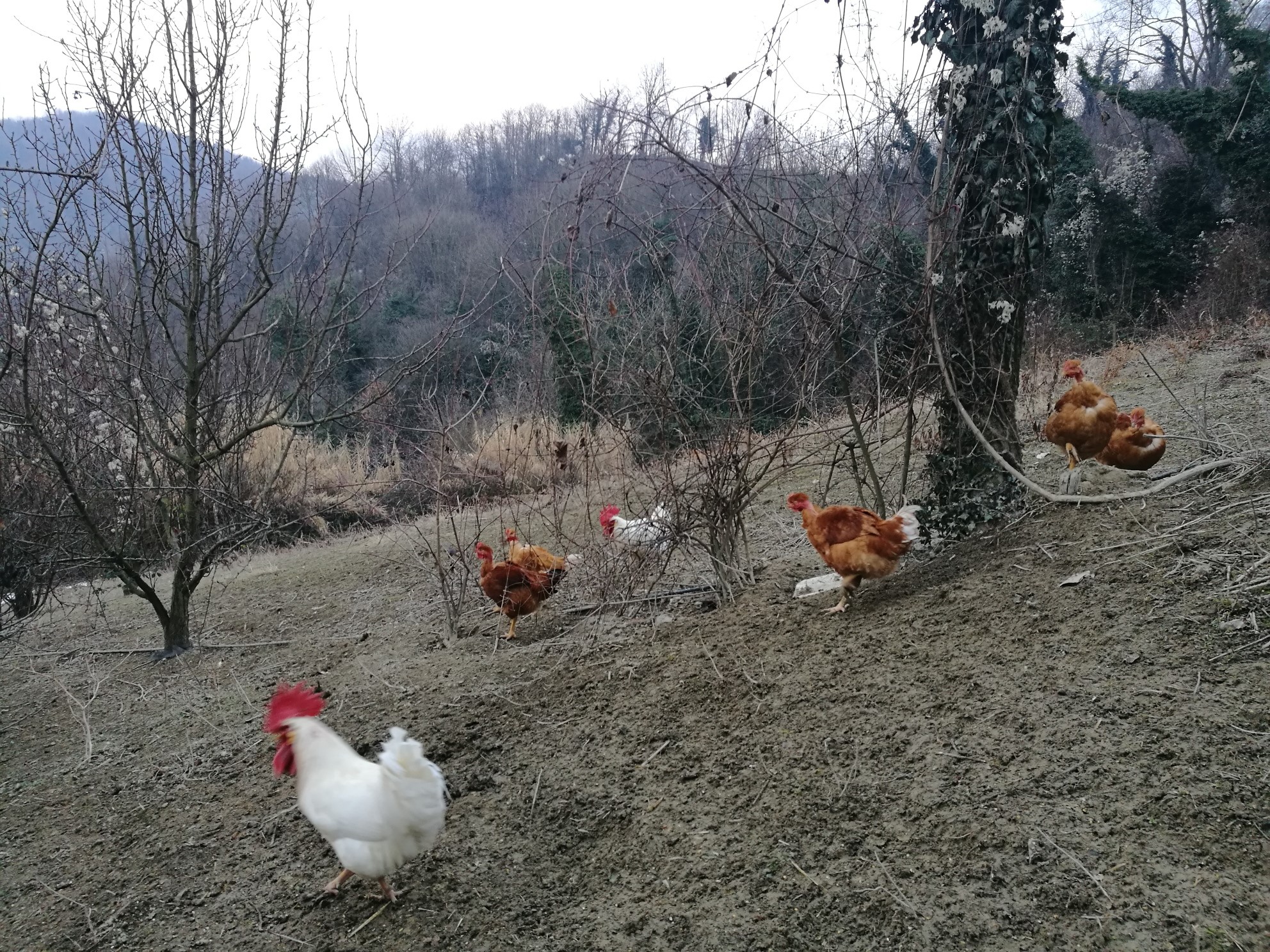 SF: What are the main features of this Presidium breed and why is it so important to protect it?

DL: Beyond its morphological features, this breed is particularly appreciated for its hardiness, its suitability for free-range breeding, and the quality of both its meat and its eggs. This latter factor has made the Saluzzo White well represented in the the kitchens and cuisine of Piedmont, with favorites like chicken alla cacciatora (hunter style) and several stocks and broths among the region’s typical dishes. More importantly than this culinary reason, however, we want to protect local biodiversity: The Saluzzo White is a traditional Piedmontese breed. Also known as the Cavour white, it was widespread between France and Piedmont, an area corresponding to the medieval marquisate of Saluzzo, and around the city of Cavour, in the province of Turin. An important poultry street market was held in there and attracted traders from all over Italy.

SF:Why did you join the Presidium and why do you care about animal welfare?

DL: The Saluzzo white is an endangered breed nowadays. Intensive farming has prevailed in the last few years. The Presidium is a way of dealing with this issue, by protecting this breed through a strict breeding protocol which deals with animal welfare among other things. This is the focus of what we do: making sure that our farming activities are environmentally sustainable. 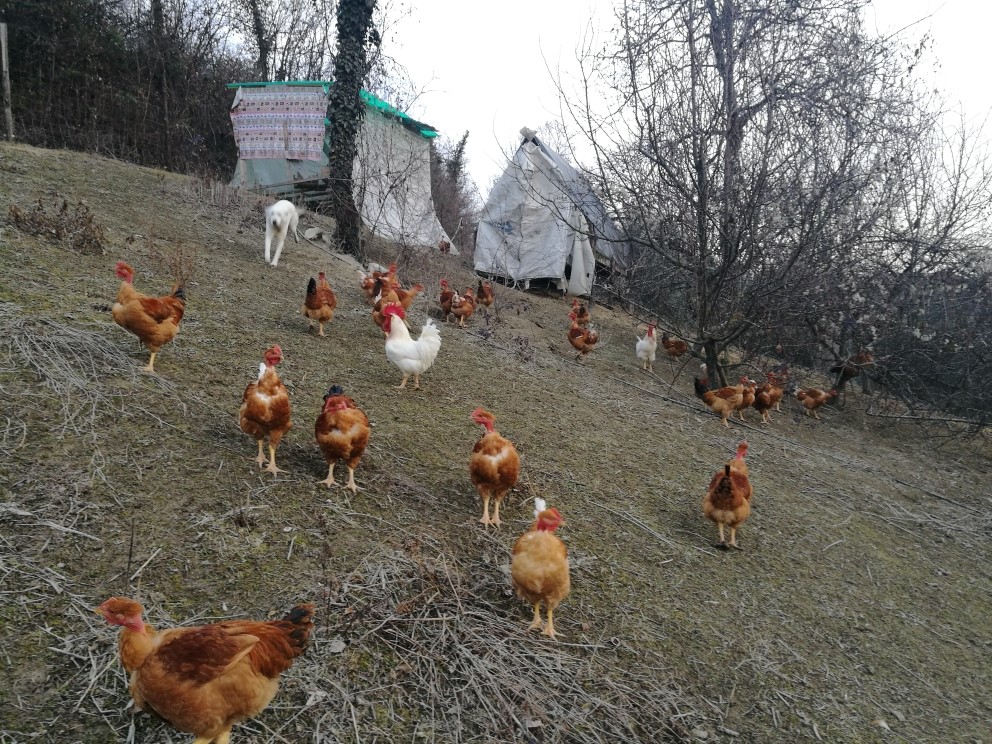 SF: What does “respect for animals” really mean in poultry breeding?

DL: First of all, the animals should be left to roam outdoors and live as chickens. This is crucial in our Presidium, not just because they should scratch about freely but simply because this breed needs to live like that. When caged, it gets very aggressive and may suffer more than other breeds. Each chicken that I rear can roam freely in a 50-80 square meter grassy area, so that it can scratch about and eat grass, bugs and worms, as any chicken should. Even chickens in battery cages have this natural instinct and become highly stressed if they are prevented from doing so. As a result, the breeding protocols are very strict in every aspect: no artificial lights are used, any form of mutilation is forbidden as well as the prophylactic and excessive use of antibiotics, which should be employed as a last resort, with natural treatments preferred wherever possible. Even supplementary feeding with a grain mix is totally natural and free from GMOs. We think, as Slow Food does, that the culture of non-genetically modified seeds should be supported instead.

SF: What is the added value of this kind of breeding and what are its main difficulties?

DL: Our meat production is sustainable since it does not affect the environment, at all. On the contrary, it is beneficial since chickens naturally fertilize soil and protect fruit bearing trees within their enclosures from pests, with no need for antiparasitic treatments. Thanks to our breeding methods we can provide good-quality meat and eggs, which thankfully the market recognizes. Obviously, there are multiple issues to consider as well: It is hard to breed animals within such strict protocols, to prepare fodder without chemicals for animals that roam freely outdoors! And although not excessively difficult, we had to train our dog to protect the chickens from predators!

SF: Do you think that an initiative such as the ECI End the Cage Age may be important?

DL: We should aim to protect our planet and all of the living beings on it. Therefore, their welfare is most important. Signing the ECI petition against cages is a moral duty: this is 2019, cages should be abolished! 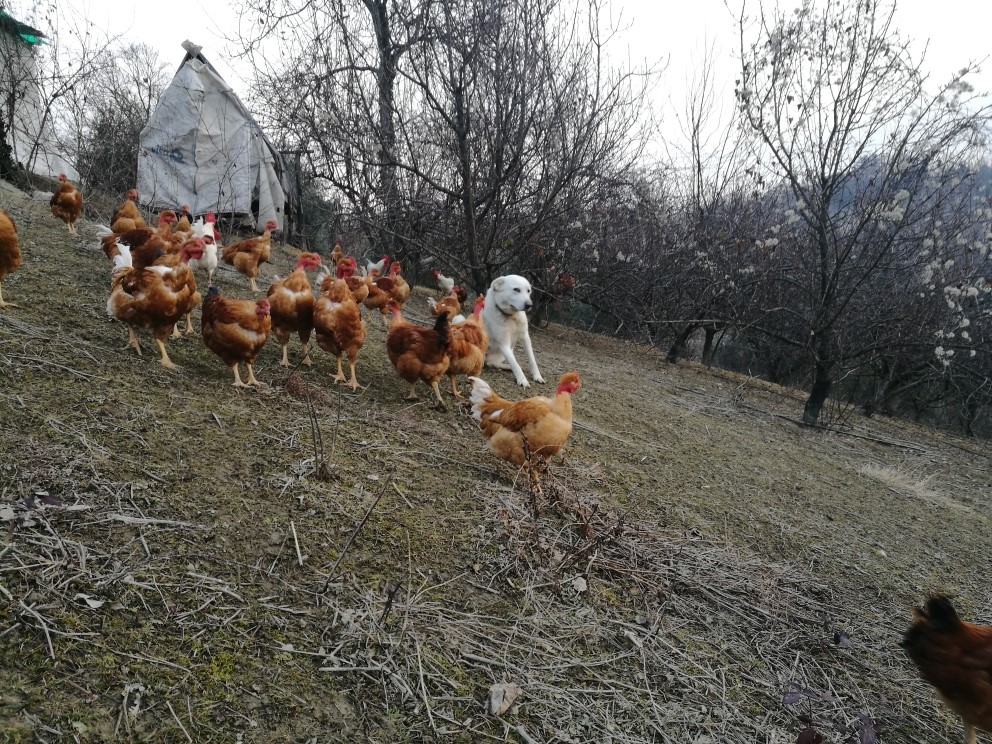