When China embarked upon its process of modernization in 1910, and the industrialization and urbanization of the country began, rural China paid dearly for economic development. Although this marked the start of prosperity for the country, it also triggered a crisis which gradually depleted and exhausted resources and led to environmental pollution, ecological imbalances and many other negative consequences.

The environment has become gradually more vulnerable and in many cases the condition of waterways, soil and the atmosphere has deteriorated to well below safe levels. There are social as well as environmental aspects: young people have started to migrate to cities, leaving behind the elderly, women and children.

Fortunately, things are now slowly changing, as the phase of collapse is being followed by a phase of enlightened reconstruction. The new Rural Reconstruction Movement builds on the social transformation that a group of Chinese intellectuals attempted to impress on the country, starting in the 1920s. Their goal was to revive the countryside and rural traditions: only this way would they succeed in their aim of revitalizing the country.

Over time, and after an intense phase of experimentation, especially among young people, the new rural reconstruction has fully got to grips with the need to make profound changes to the agricultural social fabric. This need is manifested in the creation of autonomously organized and run farmers’ co- operatives. And the support of young people—who often go to rural villages as volunteers to encourage the formation of cooperatives and to promote ecological farms, organic farming and ecovillages—is vital. 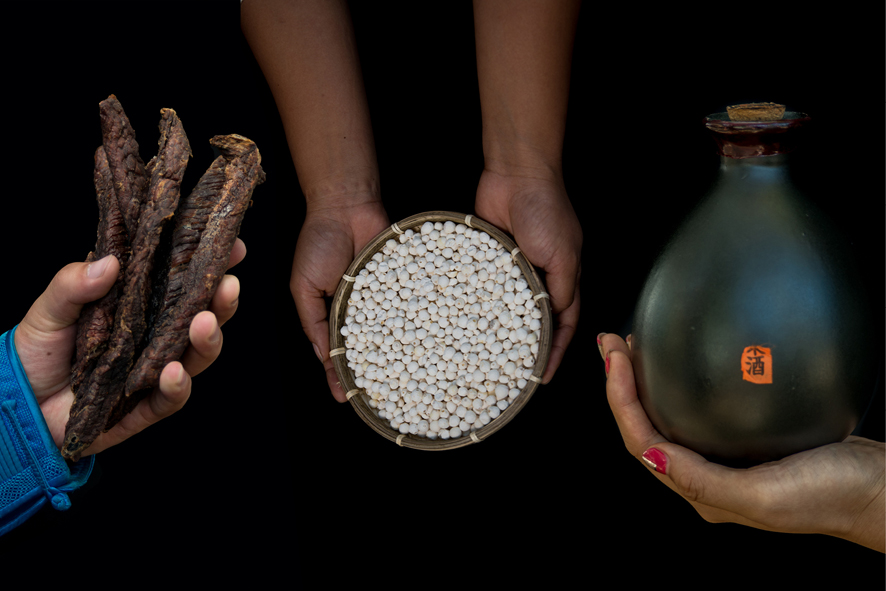 The new rural reconstruction attaches great importance to agroecological practices, looking for a sustainable balance between nature and agriculture and the preservation of biodiversity. Not least, from the outset it has been based on the possibility that urban and rural areas can mutually sustain one another, and on the possibility of establishing beneficial relationships between farmers and consumers.

All this is achieved by working in universities and encouraging young people to volunteer, promoting the rights of farmers and socially disadvantaged groups, helping migrant workers to integrate in urban areas, promoting community support initiatives for agriculture and contributing to the regeneration of rural culture.

And it is precisely on this basis that the Rural Reconstruction Movement and Slow Food have found common ground for successful collaboration. Both are working towards an alternative production and consumption sys- tem, both adopt a holistic approach to dealing with production, market and consumption problems, and both have biodiversity and safeguarding traditional seeds and species at their core. Even more importantly, both are concerned with people and small-scale agriculture.

Producers and consumers are able to meet each other and exchange opinions at the Chongqing farmers’ market, which is underpinned by the same principles as Slow Food Earth Markets. We are starting to work together, with a great awareness of the main difficulties we might face along this journey. First of all, production standards in China are very diverse—they range from the lowest level to the highest level of organic production—resulting in complex labeling systems and uncertainty for consumers. There is also the problem of getting young people interested in agricultural work, to ensure that families preserve food traditions that seem to be disappearing at a startling rate. But by encouraging the establishment of farmers’ markets across the country, we feel we are on the right track to restore contact and a relationship of trust between consumers and producers.