Archive » What’s the price of a loaf of bread?

It may seem like one of the most normal questions in the world, especially given its symbolic significance in matters of social stability: sudden increases in the price of bread have caused riots and sparked revolutions in the past. But to get a clearer picture of the true price of one of the world’s most widely consumed products, we must consider a wide range of factors, specifically the environmental impact of its production. That’s exactly what researchers from the University of Sheffield in England have done, analyzing “the complete process from growing and harvesting the wheat; milling the grain; producing the flour; baking the bread and the production of the final product”.

The results should not be surprising to anyone familiar with the inner workings of the food system: it’s not the baking of the loaves, nor the petrol-powered transport of the finished product that generates the biggest carbon footprint. It’s the production of the wheat itself. In fact, 43% of all the greenhouse gas emissions related to the supply chain come from the use of ammonium nitrate fertilizers in the fields. That includes both the industrial processes used in the production of the fertilizers, and the nitrous oxide gas which is released when they degrade in the soil. Over 100 million tonnes of such fertilizers are used every year around the world, to produce 750 million tonnes of wheat (the second most-widely grown crop in the world, after maize). 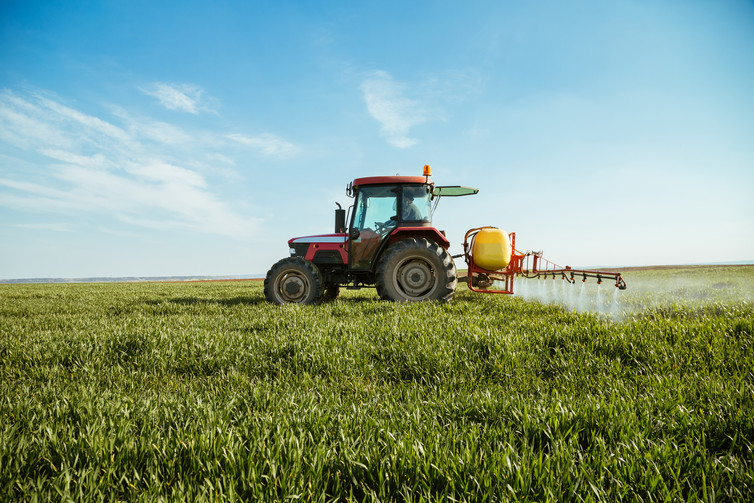 The logic that has led us to the situation is, from one point of view, waterproof. Company shareholders demand greater profits, a growing population demands greater yields; intensive production processes and accompanying technologies enable big business to satisfy those demands. But it all forms part of a food system which is wreaking untold damage on our planet: it is estimated that a third of all greenhouse gas emissions are related to the food industry.

Peter Horton, corresponding author of the paper, said. “Our findings bring into focus a key part of the food security challenge – resolving the major conflicts embedded in the agri-food system, whose primary purpose is to make money not to provide sustainable global food security.” That’s precisely what Slow Food has been saying for years, and that profit-oriented model of food production is what we’re fighting against. Far from feeding the planet, it is polluting our fields, waters and the air, making a select few extremely rich and keeping an ever-larger percentage of the world’s ever-growing population below what is quite aptly called “the bread line”. To make a change, we can all try to reduce our consumption of industrially-produced foods, and call on our governments to limit fertilizer use and promote organic agriculture. As Peter Horton concludes: ““The fertilizer problem is solvable – through improved agronomic practices. These harness the best of organic farming combined with new technologies to better monitor the nutritional status of soils and plants and to recycle waste and with the promise of new wheat varieties able to utilize soil nitrogen more efficiently”.

Source and image: University of Sheffield