Archive » What’s Going On in Ecuador?

With little international media coverage, few outside the country are aware of recent events in Ecuador. For days now, Ecuador has been shaken by intense street protests and violent repression, with multiple deaths and arrests. We publish here an article from the Slow Food network in the country. Though initially triggered by the announcement of an end to fuel subsidies, there is much more behind all of this, including the rights of indigenous peoples and the access to land.

The situation in Ecuador has reached an apex of tension and violence in recent days. 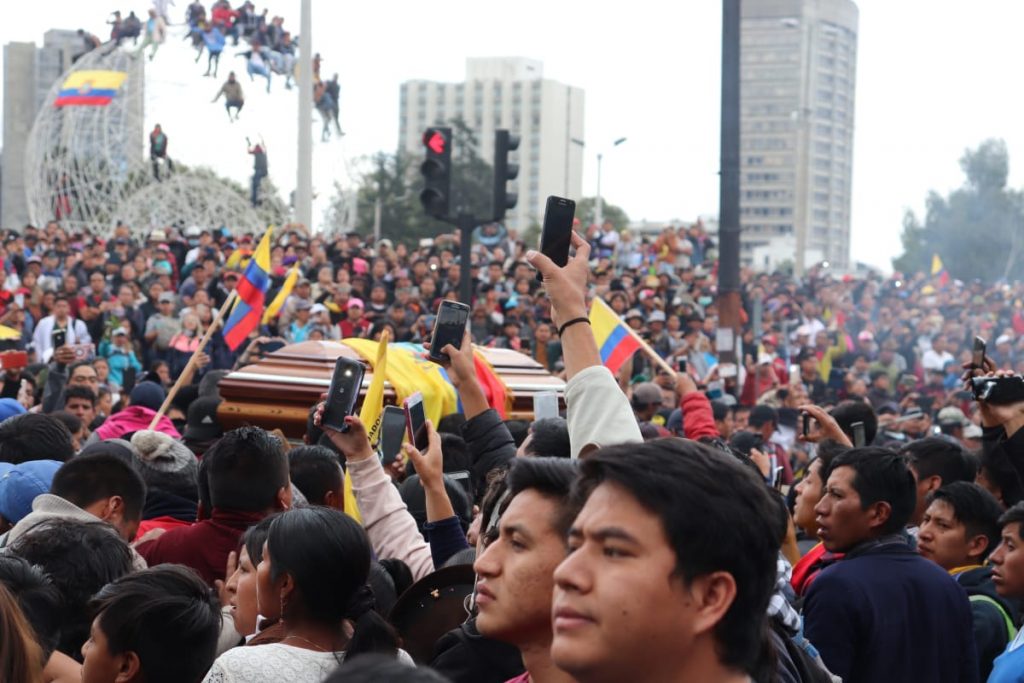 A week ago civil society members began a national strike to protest the adoption by Lenin Moreno’s government of a series of economic austerity measures (the “package” or “paquetazo” in spanish) which include the elimination and liberalization of taxes on imports, a reduction of the rights of public workers and the liberalization of fuel prices. These reforms are linked to the conditions imposed by the IMF following the granting of a loan of $4 billion to the Ecuadorian state to compensate for its lack of liquidity. The negotiations around this agreement have been carried out in secret, without the participation or consultation of social organizations.

On Thursday October 3, various organizations, social movements and transport unions began protests, closing roads in several cities and demanding that the government reverse and repeal Decree #883, responsible for detonating a social and economic situation that has been simmering for over a decade. Unfortunately the transport sector, after a sectoral agreement, has renounced to protest, thus moving away from the request of CONAIE (Confederation of Indigenous Nationalities of Ecuador) which today leads the actions against this Decree and a policy that violates the rights of the most needy.

The demonstrations have been caused in particular by an increase in fuel costs due to the elimination of state subsidies, a decision that has very serious implications—especially for the most vulnerable sectors of society—in terms of increased transport costs and consequently also food prices. 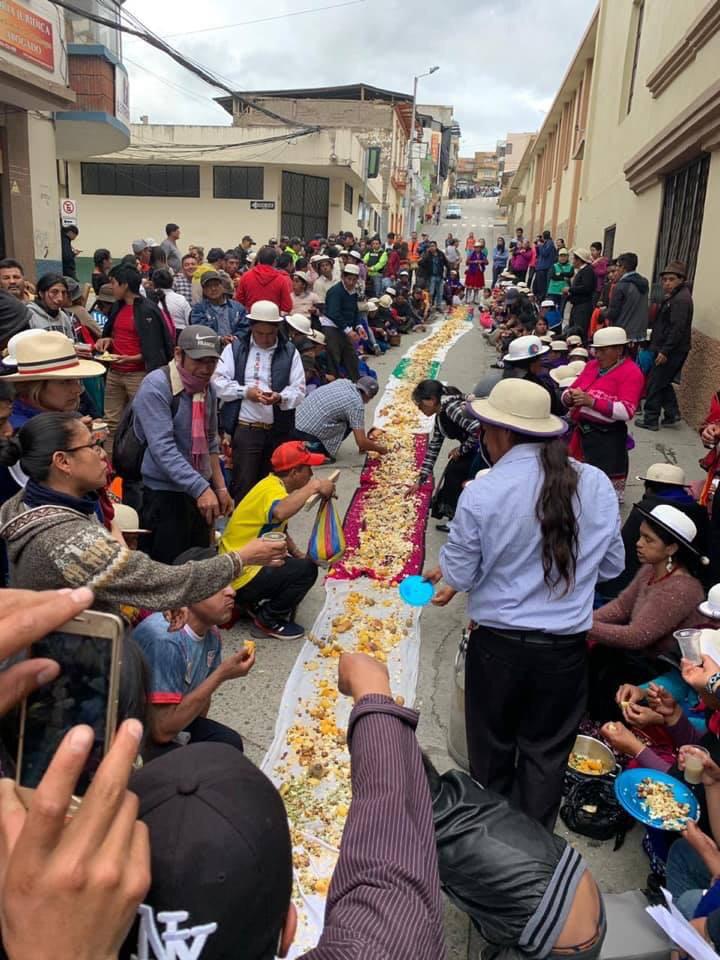 The protagonists of the protests, along with students, transport workers and activists, are the country’s indigenous communities, represented by several organizations united under the CONAIE umbrella. In recent years, the spread of mining projects and the destruction of thousands of hectares of Amazonian forest to make room for monocultures such as palm trees for the production of oil and grass to feed livestock have put the country’s biodiversity and the rights of indigenous communities at serious risk. Many indigenous activists have been killed for trying to defend access to land and promoting the sustainable use of resources.

Recently worrying reports have also been released on the social situation in rural areas, where most indigenous communities live. A report by RIMISP (the Latin American Center for Rural Development), cited by the Minister of Agriculture of Ecuador, puts rural poverty at 43%, 5 points higher than the previous year.

During the last week, thousands of indigenous women and men have marched to Quito. Some of them symbolically occupied the National Assembly, but were quickly evicted by the national police. They are now housed in various universities and in the House of Culture in the capital.

The Slow Food network in Ecuador is supporting these actions, especially members of the Chumbi community, made up of young people from several indigenous communities, and Emerald Blue Crab Presidium producers. Network members in coastal and mountain areas are involved in actions and are in communication with other communities, including Cooks’ Alliance members. 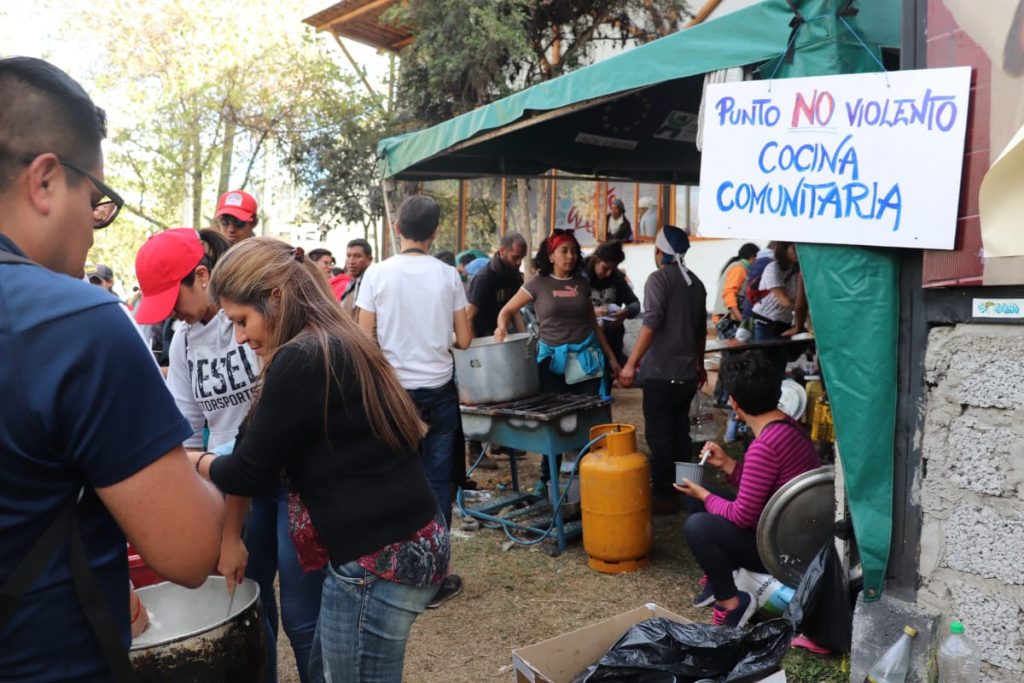 The government has responded brutally, claiming a “state of emergency” which has allowed them to apply police force, attacking the protesters with tear gas, even in places of shelter created in universities or other “non-violent points” in the city, and shooting at the massed protesters with high-caliber weapons.
At the same time the Ecuadorian president announced on television on Monday, October 7 that the government headquarters would be transferred from Quito to Guayaquil, using the growing wave of protests in the capital as justification. Subsequently, on Tuesday, October 8, an executive decree restricted traffic and mobility in some parts of the country.

Little information about the consequences of this repression is appearing in the media, but protestors speak about at least seven deaths, over 500 injured, about 80 missing and many journalists jailed or assaulted. With the declaration of a state of emergency the government has been limiting freedom of association, movement and assembly. 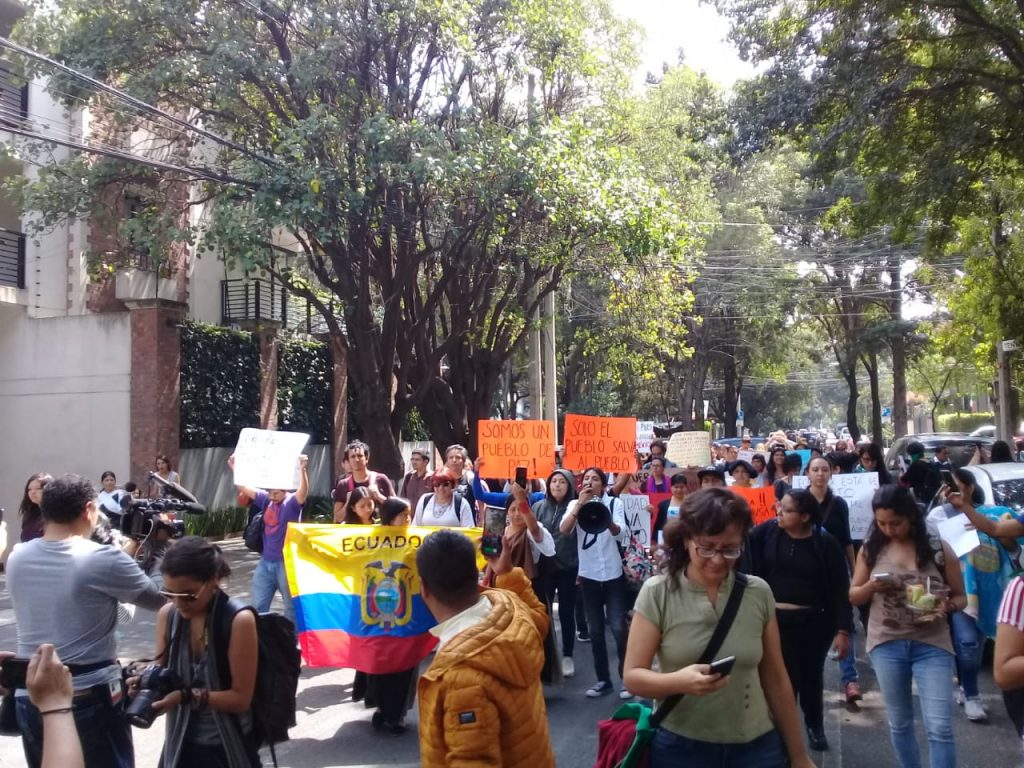 The Slow Food network in Ecuador, along with many other peasant and indigenous organizations and social movements, call for an immediate end to the brutal repression of demonstrators, under Article 98 of the Ecuadorian National Constitution, which gives citizens the right to resist actions or omissions, both state and non-state, that violate their constitutional rights, such as Art. 111 which recognizes the right of political parties and movements to political opposition at all levels of government; and thus be able to lay the foundations for an effective dialogue in order to address the most urgent issues such as the reduction of extreme rural poverty, the dignification of peasant work and the work of gatherers and fisherfolk, which underpin Ecuador’s food security and sovereignty.