Archive » Slow Food presents “What you didn’t know existed: Endangered food from around the world”

Slow Food presents: What you didn’t know existed. Endangered food from around the world

The artwork What you didn’t know existed. Endangered food from around the world was launched on March 29th at the Stockholm Spritmuseum. The work officially inaugurated Slow Food activities within the project Food is Culture, funded by the European program Creative Europe, with the contribution of the Italian Fondazione CRC di Cuneo. Artistic installations for the public to physically experience the displayed products, a touchscreen to virtually meet the producers and the possibility to discover the products catalogued on the Slow Food Ark of Taste website: this is the artwork that will travel all around Europe in the coming year.

Through the Food is Culture project and this artwork, Slow Food and its partners want to give a new life to the products in question, giving the public the possibility to discover them, to visit the places whence they originate, and listen to their stories. This is possible by interacting with some original aluminium sculptures, multimedia installations or with the project website, which records more than 5000 products from all around the world. The exhibition highlights the importance of gastronomic heritage and diversity, and the substantial risk of it being lost. Every visitor had the possibility of printing a special recipe made with some Ark of Taste products. 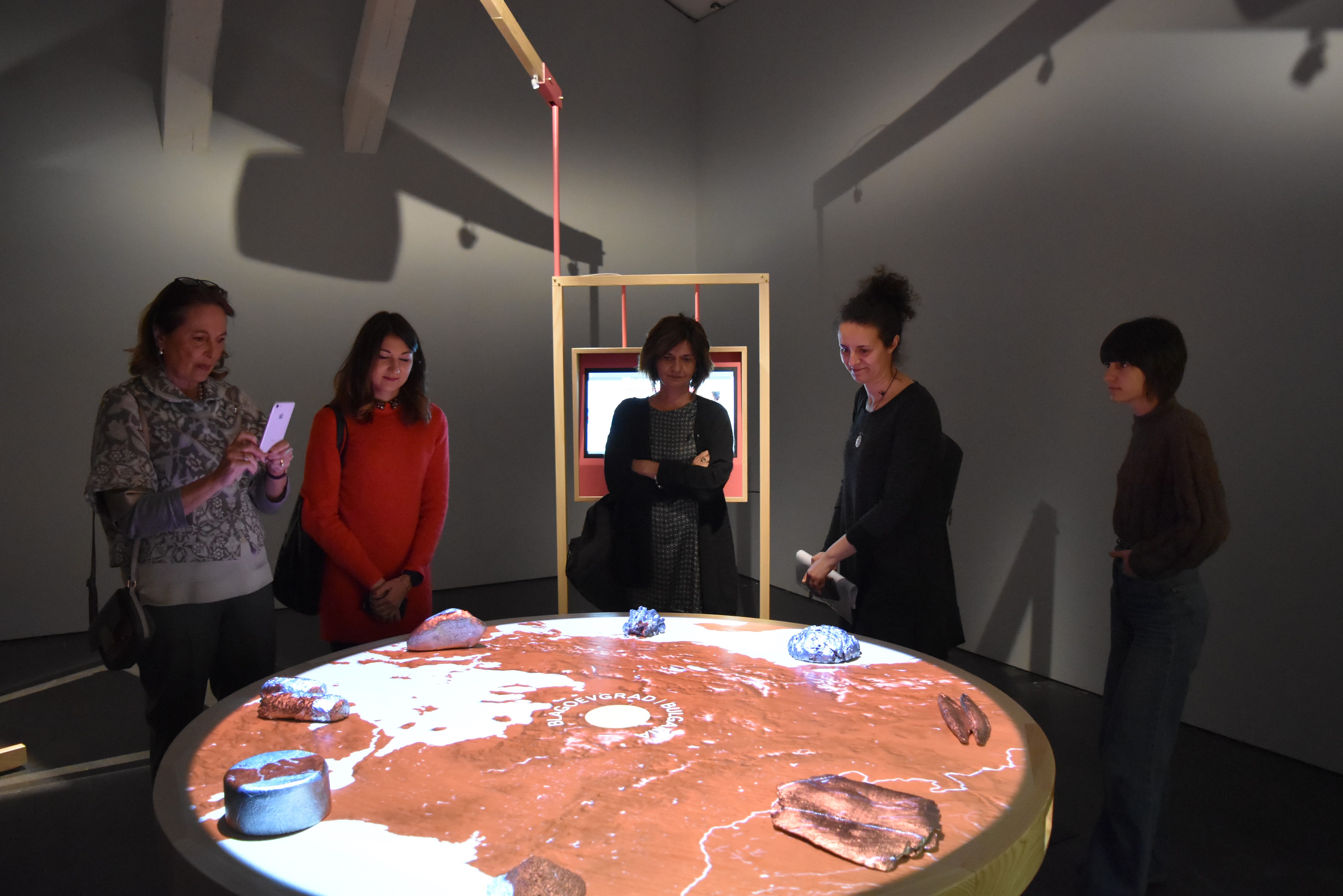 Alongside the artworks, at the opening visitors has been invited to enjoy the so-called Food Tales, based on the internationally-recognized concept of the Human Library. Visitors had the possibility of “reading” migrants: sitting down one in front of the other, they could talk, discuss, learn form each other without any border or barrier. This initiative allowed migrants to describe the food traditions from their countries of origin and explain how they mixed and fused with those of their new homes. In this way, the immigrant became a sort of human book with a story, while the listener became a reader willing to explore this story and discover a different point of view. This particular activity usually supports a greater understanding of diversity and social cohesion, addressing issues of migration, coexistence, identity, and multiculturalism. 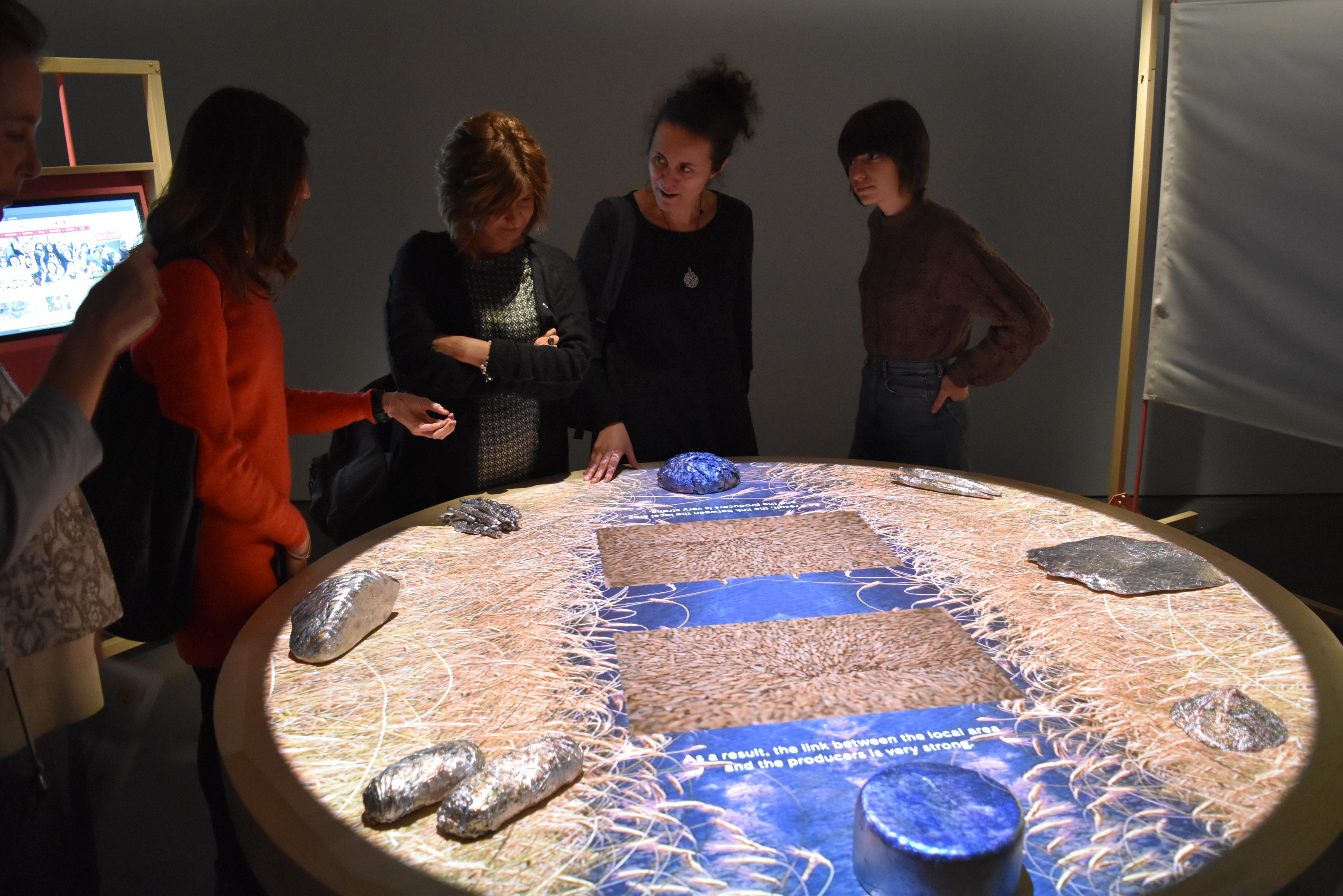 The launch of the art exhibition also marked the kick-off of the first contest within the project: chefs in Sweden and Italy has been asked to help safeguard and promote gastronomic cultural heritage by coming up with recipes inspired by the European Year of Cultural Heritage and Slow Food’s work protecting biodiversity. The chefs have been required to use traditional foods, giving priority to the Ark of Taste, Slow Food Presidia, and migrant products, in order to tell the stories of small-scale food producers and raise their profile. Three winning recipes will then be included in the multimedia installation, while the first ranked chef will participate to an international event in Krakow, where, together with other chefs from all around Europe, will celebrate biodiversity and present his recipes. In the coming year two more contests will be organized, aimed at school pupils and citizens, alongside a call to action dedicated to decision makers. Chefs can register here.

The Food is Culture project aims to make European citizens aware that food heritage is a means of expressing their belonging to Europe and better understanding the wealth and uniqueness of Europe’s cultural diversity. We must pay more attention to safeguarding and promoting our shared food heritage. Slow Food has been working on this theme for years, by cataloguing the disappearing local food heritage of Europe and of the entire world in the Ark of Taste. 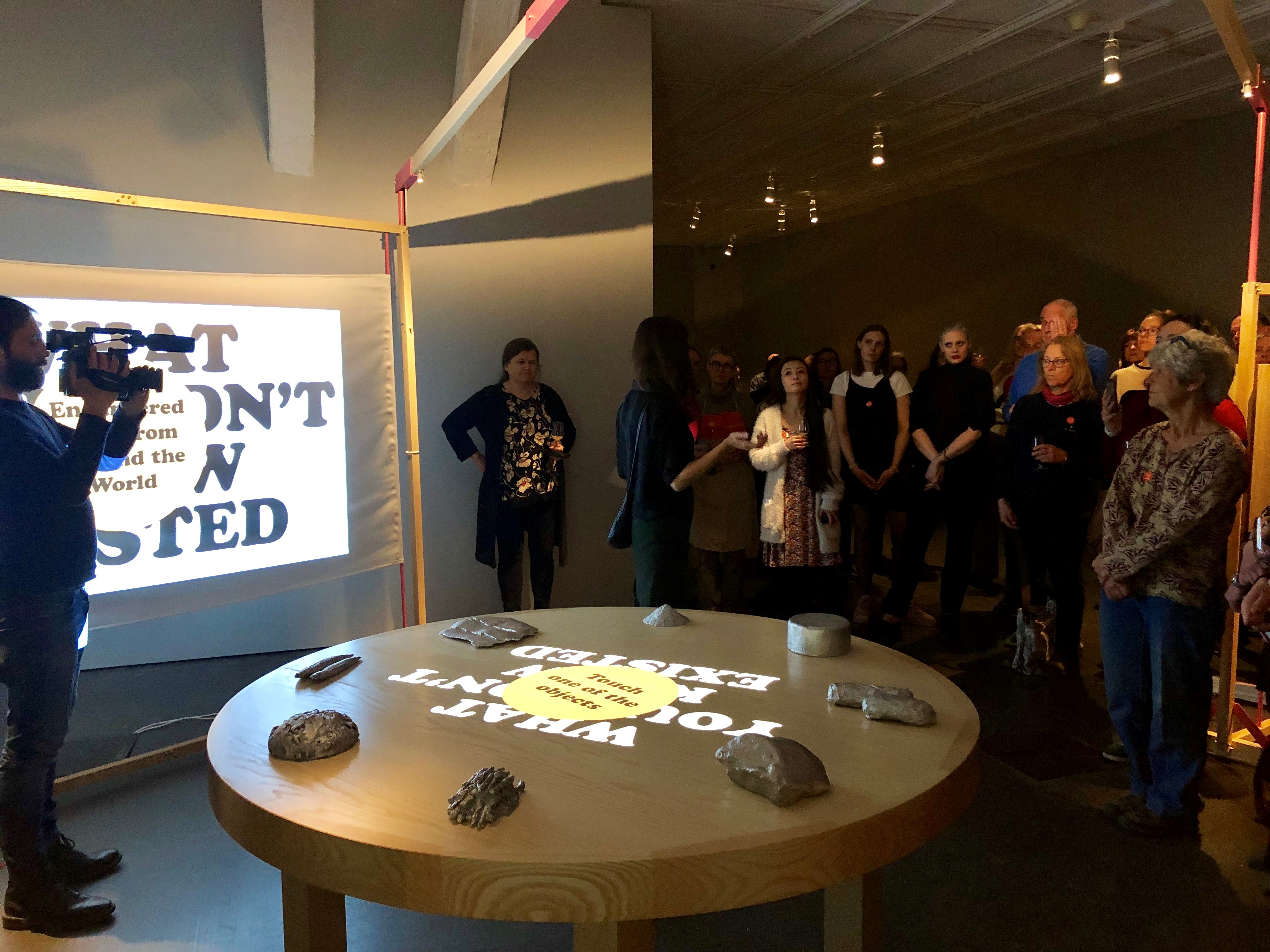 The exhibition, designed in collaboration with experience designer Josefin Vargö, will also be hosted in Belgrade (Serbia, October 2019), Brussels (Belgium, Spring 2020) and Pollenzo (Italy, Summer 2020) but is open to requests from any museum that would be interested in hosting it.

Food is Culture is a project funded by the European program Creative Europe, with the contribution of the Fondazione CRC di Cuneo, led by Slow Food with its partners Kinookus, Europa Nostra, Nova Iskra Creative Hub, Transpond AB.