What we do » Themes » Slow Meat

Meat production and consumption are becoming increasingly unsustainable for the climate, for our planet, for the living conditions of billions of animals who are raised without regard for animal welfare in order to meet the growing demand of the market, and for our health. 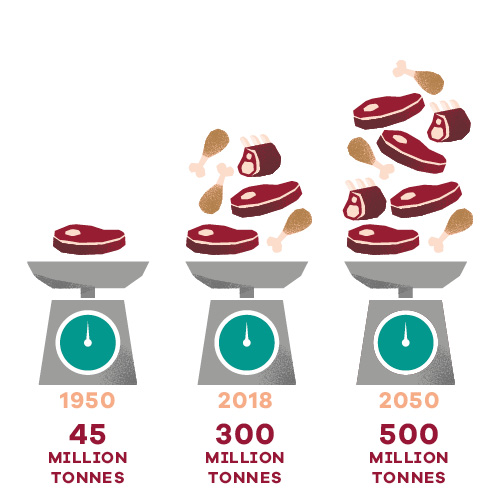 That is why Slow Food launched the Slow Meat campaign, which aims to raise awareness among co-producers about better, cleaner, fairer consumption habits, encourage a reduction of meat consumption, and promote the work of small- and medium-scale producers who respect animal welfare.

By doing this, we would create enormous benefits for our health, the farming system, and the quality of the air, soil, and water.

How Much Meat Do We Eat?

In recent years, meat consumption has not only remained high in America and Europe, but has grown consistently in China, India, and other countries where a wealthy middle class is emerging in tandem with a growing population… READ MORE…

Why Cut Down on Meat?

[Sources for these pages available here]