What we do » Themes » Slow Fish » Threats to the Ocean » Overfishing

Over the last 30 years global consumption of fish has doubled.

There are many reasons for this: the growing world population, industrial fishing economies that do not account for environmental and social costs, increasing purchasing power in countries with emerging markets, and greater awareness about the nutritional benefits of eating fish.

Between growing demand and extraordinary technological advances in the sector, fishing has become a colossal global industry. 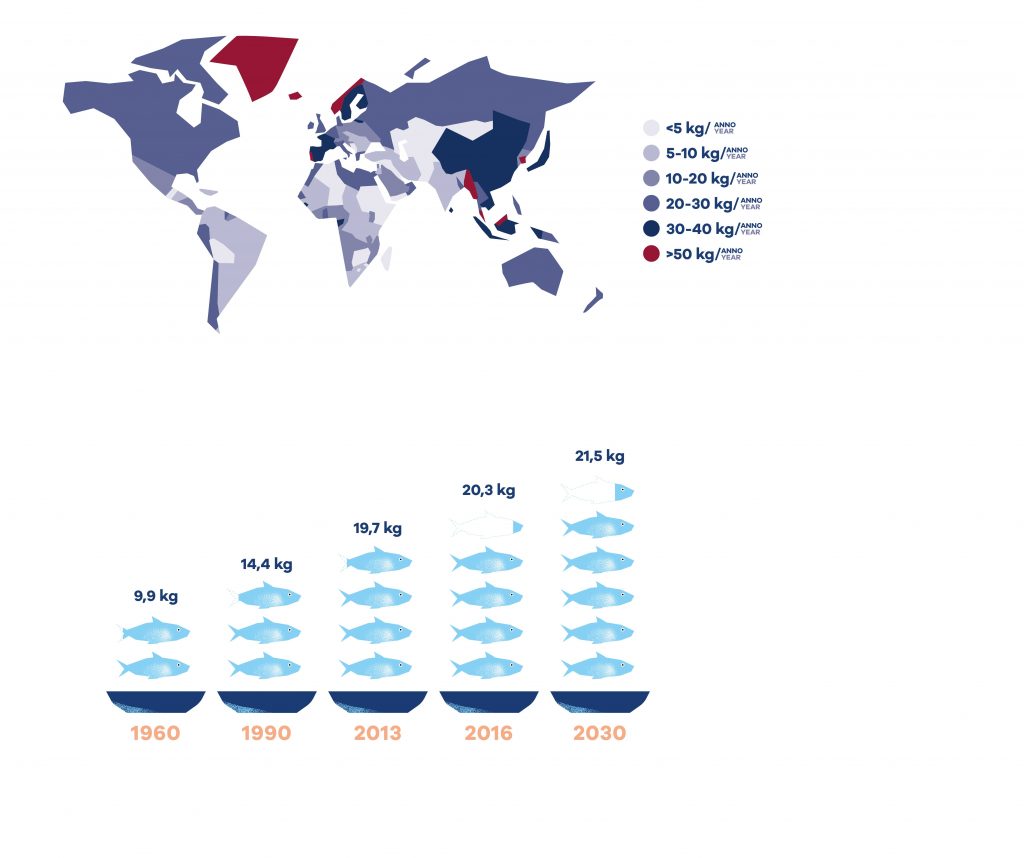 For the last ten years, subsidies and investments in fishing technology have increased but global production has stagnated and, in some cases, declined, signaling a collapse in fish stocks worldwide. At the same time, small fish (including juveniles) and species at the bottom of the food chain, which are often thrown back into the sea because they are of little commercial interest, make up a growing percentage of catches, obscuring the fact that stocks of the highly prized species are in even worse condition than they may appear.

Despite all this, governments (particularly in Asia, but also in Europe) use heavy subsidies to continue to provide immense support to industrial fleets often operating without regulation, far from national waters.

Some of these fishing boats are effectively floating factories: They use sonar, aircraft, and satellites to identify fish shoals before descending on them with drift nets or lines with thousands of hooks, many kilometers long. The caught fish can be frozen and packaged on board. The biggest boats, up to 170 meters long, have a storage capacity equivalent to several Boeing 747s.

The problem of overfishing comes from the fact that, beyond the first 200 nautical miles off a country’s coast (the country’s exclusive economic zone), access to resources is not regulated. Anyone with a boat can fish and exploit marine resources. The United Nations Convention on the Law of the Sea, which came into force in 1994, makes the freedom to fish in international waters conditional on countries’ willingness to cooperate among themselves to guarantee the conservation and healthy management of fish stocks. Currently these stipulations are little more than empty words.

The consequences on marine biodiversity are already evident and if fisheries management does not change radically, this biodiversity will be seriously and irreversibly diminished.

The industrial looting of the seas also directly threatens the areas that coastal communities, who are heavily dependent on marine resources, use for fishing with artisanal methods.

It will be impossible to reverse current trends if the intensity of fishing is not reduced, halting the operations of a large part of the global fleet, and if the precautionary principle is not introduced into the regulations and legislation governing the fishing industry. The FAO has drawn up a Code of Conduct for Responsible Fisheries, but the political will behind its enforcement is lacking. This reluctance is increasingly incomprehensible, given the incessant pace at which businesses in the sector are failing, while catches keep getting smaller.