The oceans play a fundamental role in regulating the Earth’s climactic equilibrium.

Carbon dioxide (CO2) is naturally present in the atmosphere, in small quantities. However, since humans started burning fossil fuels at the beginning of the industrial era, the amount of CO2 in the atmosphere has increased dramatically. Today, the oceans absorb about 25% of the CO2 released by human activities each year. This excess of CO2 is changing the pH of the oceans in a process known as acidification. This has terrible consequences for organisms with calcareous bodies (mollusks with shells, corals, plankton, and some algae), as they cannot adapt. 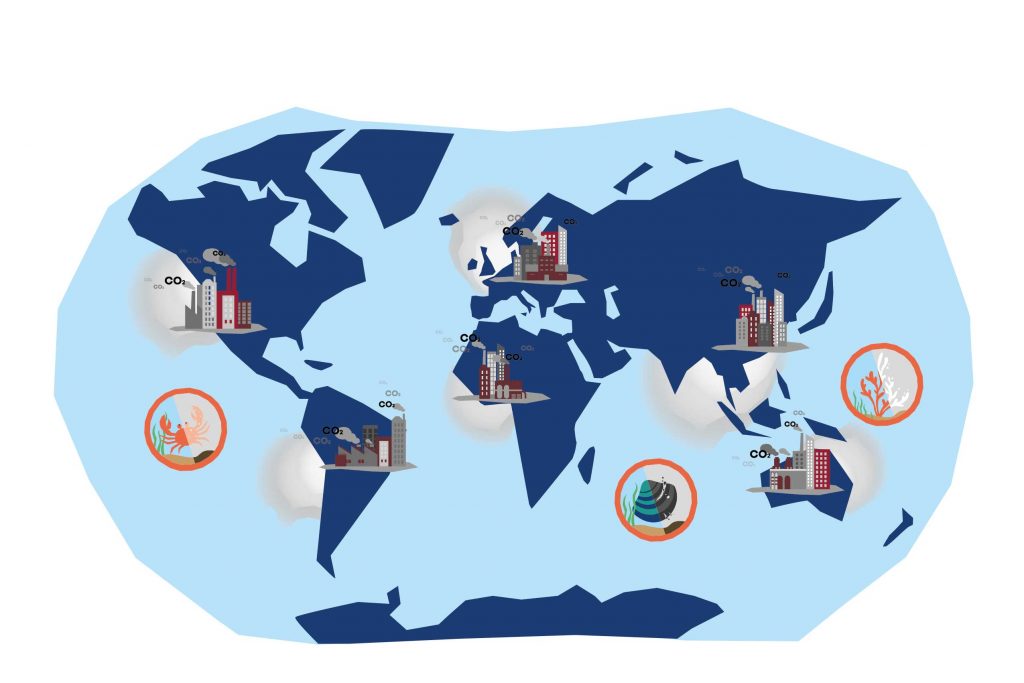 With warming waters and melting ice, sea levels are rising. Land is becoming more arid and coastal cities are being partially flooded. If the ice caps melt entirely, sea level will rise by over 80 meters: Fifty of the world’s largest cities will be submerged, new inland seas will form, and the shape of the continents will change completely. 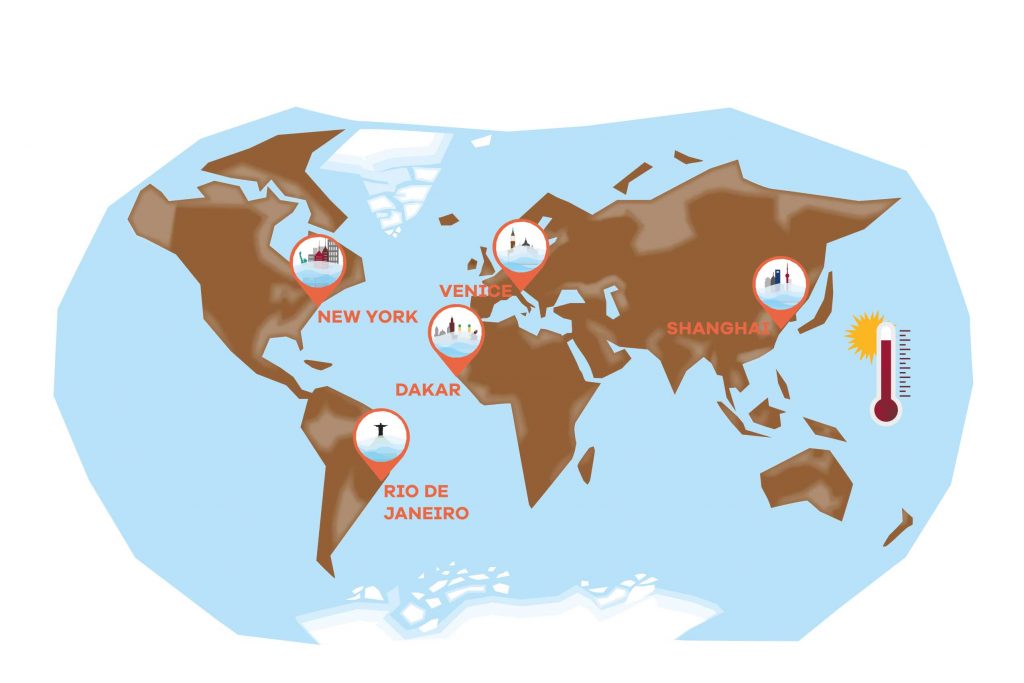 Most solar radiation is absorbed by the oceans, and particularly by waters near the equator. Oceanic currents work like conveyor belts, carrying warm water from the equator toward the poles, and bringing back colder water. In this way, currents distribute heat and perform a fundamental task for the planet: they regulate the global climate. 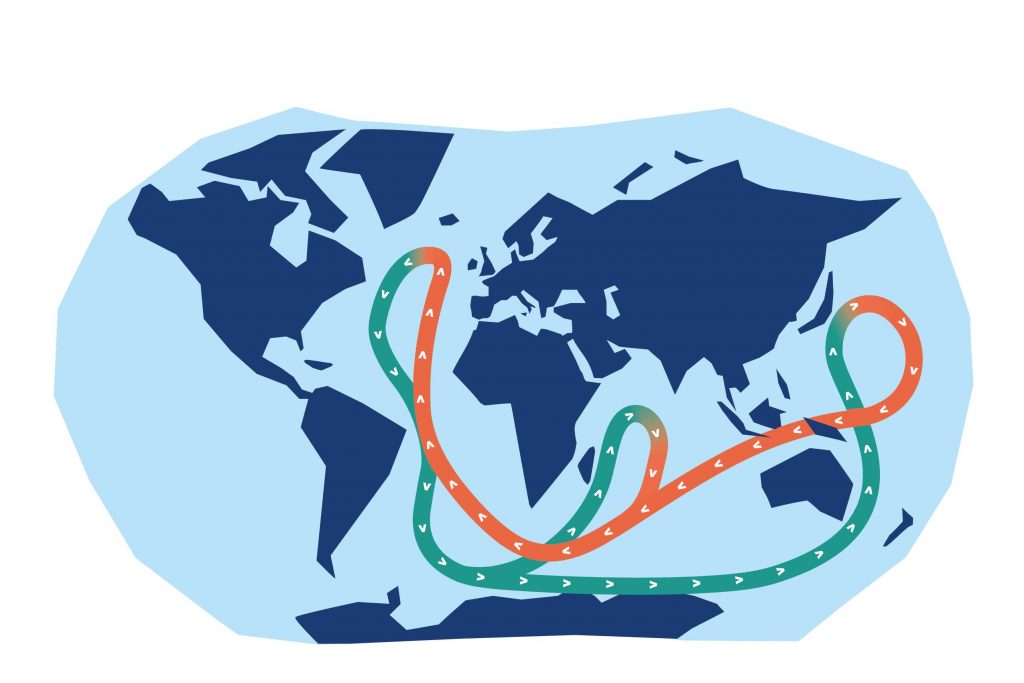 As the water heats up, the glaciers melt…

Because of climate change, the polar ice caps are melting and, at the same time, the oceans are absorbing more and more heat from the atmosphere. This changes oceanic currents and, as a consequence, the distribution of heat across the planet. 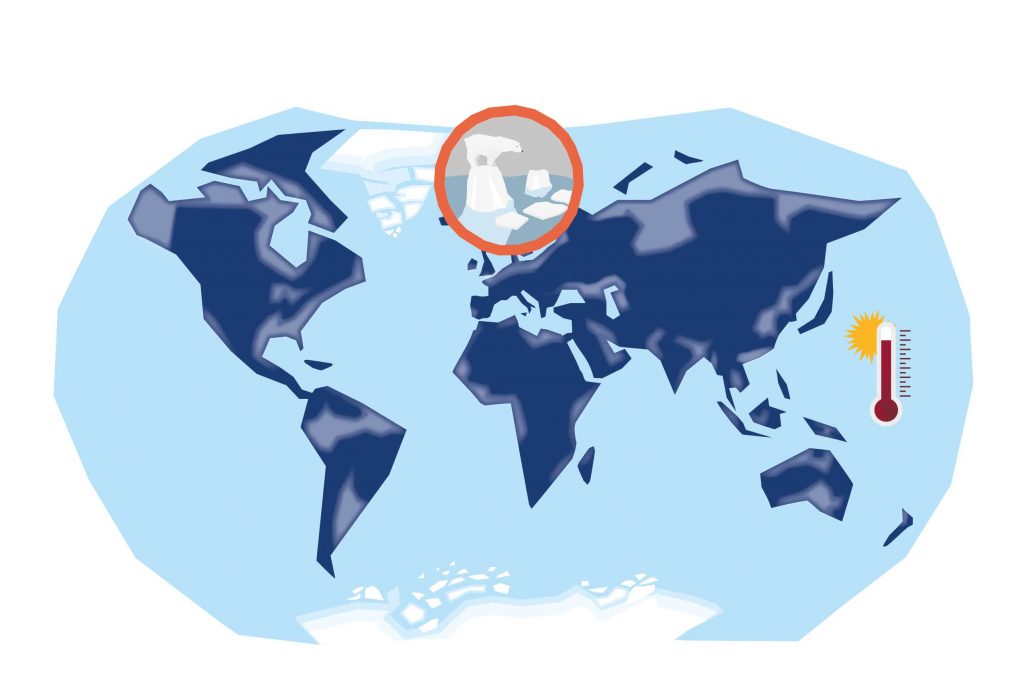