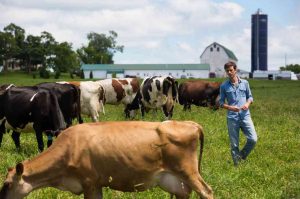 Andy Hatch’s farm is at Pleasant Ridge in southwest Wisconsin, an area that like most of the Midwest is experiencing increasingly cold winters and increasingly hot summers on account of climate change. The area has a long history of dairying thanks to the many immigrants from the Alpine regions of Europe who have settled there in the last two centuries, bringing with them the cheesemaking skills of their countries of origin.
Andy makes his cheese with the raw milk of cows that graze outdoors for most of the year.
In the United States, it is illegal to sell raw milk cheese matured for fewer than 60 days from one state to another. The regulations of the different states vary, but many ban the production and consumption of raw milk. With this Presidium, Slow Food is seeking to raise awareness of the importance of raw milk and defend the right of cheesemakers not to pasteurize it.
The Presidium brings together producers who share not historic productive traditions or geographical bonds but common objectives: namely to improve the quality of American raw milk cheese and connect with each other. 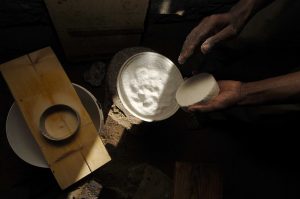 The association brings together about 20 breeders and producers from the Slow Food Pianalto Norte Goat’s Cheese Presidium on the island of Santo Antão. Cheese production is one of the many aspects of the integration achieved in the course of the centuries between the two souls of the people of Cape Verde, one African the other European. Here the environment is tough, difficult and arid, characterized by infrequent rainfall and extremely sandy soil, and could only have been ‘colonized’ by individuals determined to resist: men from a multitude of different geographical and historical backgrounds, plus their goats, the only animals capable of surviving on little or nothing.
Goat’s cheeses are produced in different shapes and forms on a number of islands in the archipelago but it is in the virtually uninhabited arid mountains of the Planalto Norte of Santo Antão, at altitudes of 800 to 1,500 meters, that one last bunch of shepherds is playing a crucial role in protecting the land, badly eroded by albeit rare torrential rains.
There Irineu Eusebio da Luz and his fellow producers protect the harsh, almost inaccessible landscape. Without their cheese production, none of the local communities would still be living in this, an area where services are still poor. The cheese itself is totally natural, made solely with milk, kid’s rennet and salt. 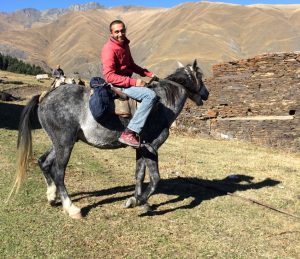 The Kakha Abulidze is a shepherd of 22 years old. His agricultural cooperative produces Tushuri Guda cheese, one of the Georgian food products loaded on the Ark of Taste. This traditional cheese from the country’s Tusheti region is made with ewe’s milk or cow’s milk or a blend of the two, and is distinctive for being ripened in a guda, a bag of shaved sheepskin or calfskin turned inside out and tied at either end, for a minimum of 60 days.
Pastoral farming is the main activity of the people of Tusheti. The region is situated in the northeast of the country, where the mountains reach altitudes of more than 2,000 meters. The shepherds graze their sheep there only in the summer months with the milk of the Tusheti sheep, an endangered native breed that is also on the Ark of Taste. The milk yield of the ewes is very low, only about a glass every milking.
The shepherds play a very precious role as stewards of this very difficult area, though, alas, they are heavily penalized by climate change. 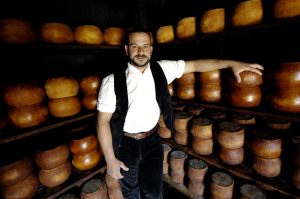 Roberto Logias rears his 400 sheep on a hundred or so hectares of land, where they graze on the aromatic herbs and plants typical of the Mediterranean scrub.
He produces Fiore Sardo every day from December to June. He uses only raw milk, no enzymes, self-produced rennet and limitless patience to make his cheeses, turning them and greasing the rinds for months until they have reached just the right degree of maturation.
Today his situation, like that of many small-scale Sardinian producers, is critical, exacerbated by a long summer of extreme climatic conditions, not to mention the many problems of the island in general and the now chronic crisis of the dairy sector in particular.
Fiore Sardo produced by the shepherds of Barbagia has managed to distance itself from large business combines, huge modern plants and widespread standardization and its resistance is a testimony to a pastoral civilization that is unique in the world for compactness, pride and antiquity. 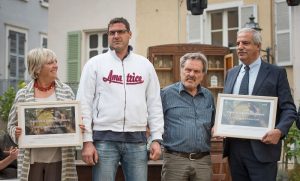 Awarded on behalf of all the producers of the regions of Central Italy hit by the 2016 earthquake,Italy

Natalina Marsili and Luigi De Carolis’s farm is situated at an altitude of about 1,200 meters above sea level at Civita di Cascia, in the Valnerina, one of the highest valleys in the Apennines, right at the center of the Umbrian side of the crater left by the earthquake. It is run by a family composed of Luigi, Natalina and three of their seven children. They rear 400 sheep, 30 goats and a dozen Marchigiana cattle. They produce traditional raw-milk pecorino and a goat’s cheese. They did not suffer serious structural damage as a result of the earthquake but subsequently saw their market almost totally collapse. Today, albeit still with some difficulty, they sell their pecorino at fairs and markets.
Antonio Aureli of Amatrice and his wife Paola Capanna make pecorino with the raw milk of about 500 hybrid sheep, but their dairy is still not entirely fit for use. They have found an alternative market for their pecorino at fairs and markets and through purchasing groups, but they still encounter serious problems due to the conditions of the roads, which have still not been properly repaired. Antonio and Paola are still living in a container with their two small children. Like all producers in the Amatrice area, they have seen their market almost totally collapse on account of the destruction of the town itself.