Archive » What does FAIR food mean to you?

In the last 4 weeks of the On My Plate challenge, we have learnt together what Good and Clean food really means. We’ve listened to interesting stories and acted together to make better food choices.

If you haven’t yet, sign up here and join over 3,000 participants from all over the world!


For the last 2 weeks of the challenge, we’ll be going into what FAIR food means, why it is important and what we can do about it in our everyday lives! To get started, here are three inspiring stories from our Slow Food network working towards FAIR food! 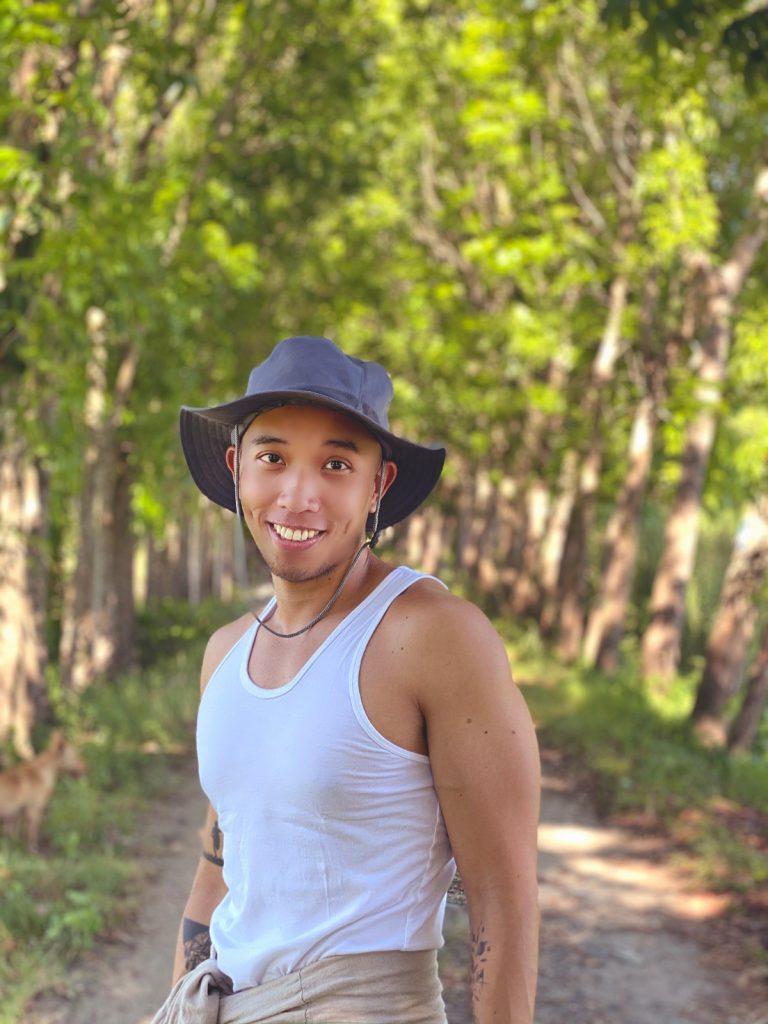 Carlo Sumaoang is a 34-year-old from the Philippines, and for work… he does a lot of different things: he manages the marketing for his family’s organic fertilizer business, and in 2016 he founded MNLGrowkits, a start-up that sells kits to get people started growing their own food. “They’re simple boxes with everything you need to start cultivating plants,” he explains. And he’s a farmer himself.

“I often hear that “fair” food has something to do with the people growing it,” says Sumaoang, who’s also the President of the Slow Food Youth Network in the Philippines. “Though I find it flattering, given that I’m a farmer, for me the concept of fair food doesn’t begin with humans, but with the earth, from the soil we use to cultivate our plants. Being fair means ensuring that we don’t use products or tools that compromise the future of our soil.” And that’s not all: according to Sumaoang, fair food is food that ensures a worthwhile life to the communities that produce it: “It’s impossible to speak about equality if we look at the issue from just one point of view. It’s important to put ourselves in the shoes of the different stakeholders and try to understand what they mean by this word.” Summing it up, he says: “Equality is ensuring that every actor in the food production chain get the same opportunities.”

Opportunities. Something that, in the Philippines, are often hard to come by: “We’re considered an agricultural nation, but our agricultural industry is quite backwards compared to our neighbors,” he admits. “Lots of the poorest families in the Philippines work in the agricultural sector, but there’s little support from the government: I find it shocking just how difficult it is, for farmers, not to prosper, but simply to survive.”

At the center of the argument is, inevitably, the question of prices. “Producers frequently have to do business with middle-men who, opportunistically, buy up their stock at very low prices. Those who cultivate, therefore, earn a pittance. That doesn’t just impact the living conditions of the farmers, but compromises the future of their families: it often happens that their children, since infancy, are forced to work alongside their parents, and are therefore unable to go to school.”

And it’s from young people like Carlo that we have an example of a different possible future: “When I started my adventure in farming I took on a battle to change the way that young people see agriculture. Before beginning MNLGrowkits, we did a survey: we asked 100 millennials from Manila, the capital of the Philippines, what they thought of agriculture. The responses were shocking: almost 80% of them had a negative opinion; some said ‘it’s not for me, it’s dirty’; others that ‘you can buy vegetables easily at the supermarket’. My favorite response was ‘agriculture isn’t cool, I can’t put it on Instagram’. I want to erase this stigma, transforming agriculture into something accessible and even instagrammable. My hope is that more young people realize that farming can be both fun and rewarding.” 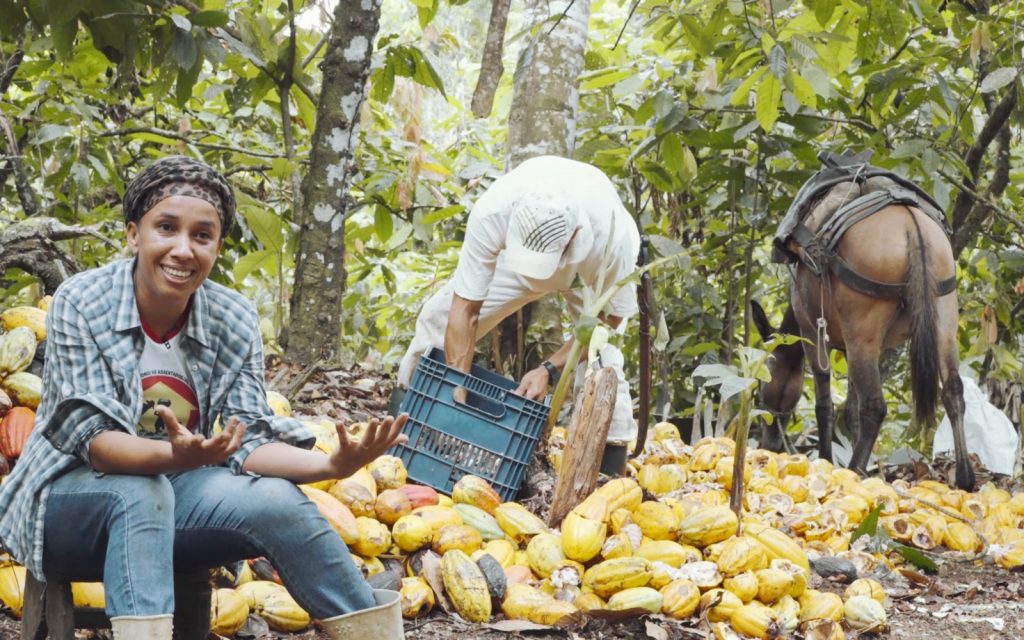 Teresa Santiago is a Slow Food activist from Bahia, Brazil, and coordinator of the agroecological settlment of Dois  Riachões, where families from different regions have settled to form an intentional community, reaffirming the right and their struggle for food sovereignty and self-determination.

Fair food is food that begins with farmer men and women, that has life as its principle, as growing food highlights social, environmental and productive issues. Speaking about my situation, here my food is fair food, as we start from a base of agroecology, and on a nationwide level: family farms are responsible for the production of 70% of all food, according to data from IBGE (Brazilian Institute of Geography and Statistics). In Brazil the idea of development for the ruling class is based on agribusiness, which means more deforestation, pollution of the groundwater, and the loss of our natural resources; these are unfair actions, for unfair food.

I first realized the social impact of food with the beginning of the project to transfer the São Francisco River, in 2006. I took part in popular mobilization against it, as people of the river we want its revitalization: there are innumerable families living along its shores, hungry for food and thirsty for water, and the government’s investment in transferring the course of the river will only benefit the big landowners. As a result of this, I became a militant of a social movement: the Movimento dos Trabalhadores, Assentados, Acampados e Quilomboas da Bahia (Movement of Workers, Settlers, Campers and Quilombolas of Bahia), or CETA, in the struggle for agrarian reform and social justice.

One of the struggles that’s grown out of that is the settlement of Dois Riachões, where young people from different regions have united to an intentional community that grows out of a response to agricultural issues. For us it’s an enormous joy to experience the victories of Dois Riachões, after a lot of struggle, for the families involved it’s the achievement of freedom through the land, agroecological food production and the sale of these products.

More than a specific plate or recipe, there’s a selection of foods that are special for me because they’ve have been part of my life since infancy: being the daughter of river fishing family one of the foundations were the fish of the São Francisco River, together with cassava and the things we make with it like tapioca crepes, pumpkins and cowpeas. 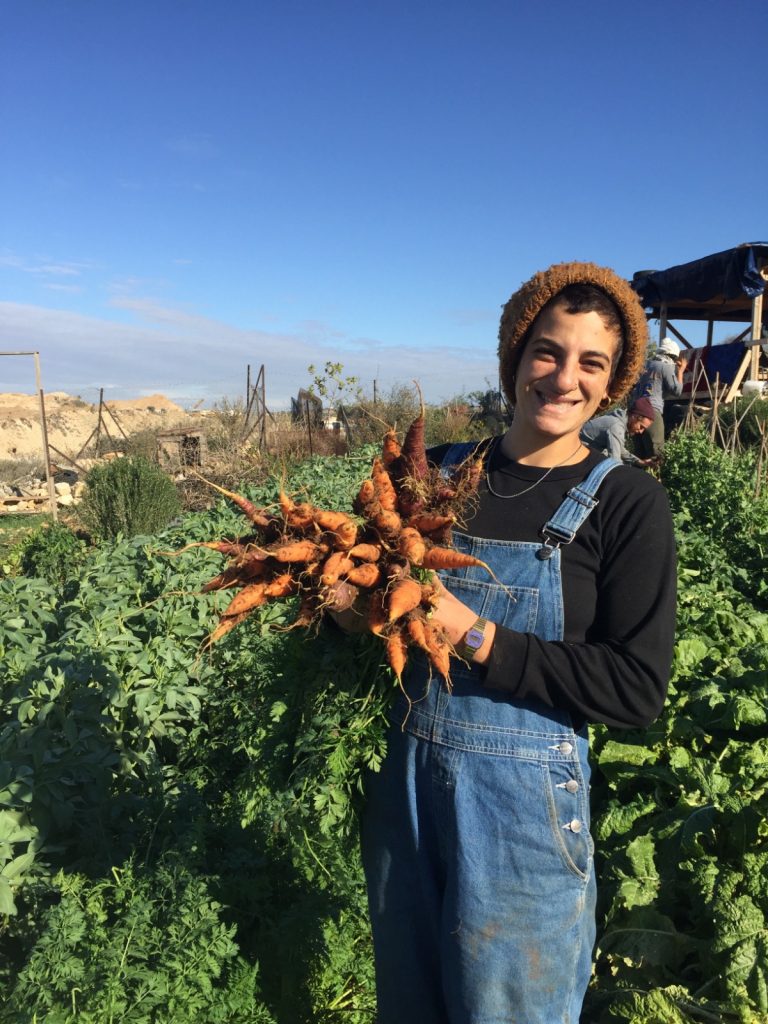 Yara Dowani is the co-founder and spokesperson for Om Sleiman farm, an agroecological community and the first community supported agriculture (CSA) project in Palestine. She also manages hostel in Ramallah where volunteers can go, learn good agriculture practices in agriculture and support their resistance.

What is fair food? Fair food means eating clean, local, healthy food, having food that’s equally available and affordable for everyone, farmers getting what they deserve for their work: recognition, respect, fair payment. It means consumers knowing where their food comes from and having freedom of choice regarding what they eat and consume. Anything different is unfair.

During my first course in permaculture I learned that where we get our food from and where the crops are grown is not always the same picture that was in my head of a small farm with a happy farmer and husband and a few chickens running around. I learned that most of the crops on the market are full of chemicals, pesticides, grown on monoculture farms, and not even local!

After this realization my next steps were to question everything I had taken for granted; I had to unlearn. Questioning what I buy, where it comes from, and trying to always pick local. I started reading more about agriculture, soil and farming, and volunteered on a permaculture project in Spain.

The Om Sleiman farm offers a fair model for the farmers as well as for the members; it offers solutions to the challenges that all farmers face globally, and specifically in Palestine. It protects the farmers through a community support system that buys their produce, and facilitates direct communication between farmers and consumers. It’s better for the consumers too, knowing where their food comes from, getting a fresh basket of organic vegetables every week, having a project to support and volunteer with as well. The farm and its members have protected this land that has always been under threat of annexation by the Israeli colonization; by existing on this land on a daily basis and producing on this land we’ve made it possible to regenerate the soil and increase the number of trees too, reviving the area.

The next steps for Om Sleiman are to regenerate more land in order to scale up our production and meet the increasing demand for our produce. For that we need financial and human resources, since the land hasn’t been taken care of for many years. So far we’ve regenerated 0.3 hectares out of a potential 1.5, producing food for 35 members at our best. We also want to add other products to our baskets like eggs, cheese, milk, bread, honey, fruits. Perhaps, one day, our members won’t have to buy anything from the grocery shop!

One food that is special for me is Akkoub (Tournefort’s gundelia). It’s a wild, thorny, perennial plant that grows in Palestine at the end of the spring. Finding it, harvesting it, cleaning it, and cooking it is a long process, and it all happens in a short season. In 2017 I was doing field visits to explore wild Palestinian foods and I met a woman from Deir Ballut with a deep knowledge of plants. We walked in the valley together; she picked things for me to taste and taught me their names. One of the plants was Akkoub, this thorny plant that you’d never guess is edible. Back at her house she showed me how she remove the thorns and cook it with onion and oil. She told me how during the Akkoub season she would cross into occupied, historic Palestine, where she is not allowed to go without a permit from the Israeli authorities that is almost impossible to get. There she would pick Akkoub and come back with a few other women, a journey of two hours south from their home. A risky one too: the Israeli authorities ban Palestinians from picking this plant, and give fines to anyone they catch doing it. Akkoub has historic, cultural, and traditional importance for us as Palestinians who are being uprooted from our land. The story of this plant is the story of a people who try, despite everything, to grow food in the face harsh circumstances.