Archive » We can still help save our BC fishing communities!

“West Coast fisheries licensing policies are failing local fish harvesters, First Nations, coastal fishing communities, and Canadians. This is a fundamentally broken system and it must be fixed.”

The sea is an open space that, beyond coastal waters, does not belong to any particular nation or group. People have been harvesting food directly from the sea since time immemorial and the oceans are a resource that belongs to all humanity. Unfortunately, in the age of globalization, the management of this shared heritage of limited resources is based on legal frameworks that undermine small-scale fishers and community management systems while reinforcing the disproportionate power of corporations and other private actors. One of these “legal” mechanisms involves reallocating access to fishing rights and quotas to increase economic efficiency, but this model is very weak in regards to conservation and ensuring equity and social justice.

The Slow Fish network in Western Canada is currently campaigning to make the licensing and quota system fairer and more transparent in order to restore power to the hands of small-scale fishers and fishing communities along Canada’s Pacific coast. As Jon Crofts of Codfather’s Seafood Market in Kelowna, British Columbia, explained in an interview last May at Slow Fish in Genova, the problem is that, “in Western Canada, the [fishing] industry is being corporatized and we’ve gotten to a point where the value chain benefits only people who aren’t touching fish or handling fish. It’s become a feudal system… We want to move back towards an owner-operator system where independent fishers can have their own businesses and they can market the fish to who they want to.” The privatization of access to fisheries has created huge entry costs and it is now extremely difficult for young people to become involved in the fishing sector in British Columbia; this means that, unless something changes, there will be no next generation of independent, small-scale fishers to carry traditional knowledge, sustainable practices, and local businesses into the future. This is a critical issue because small-scale coastal communities, including the First Nations people who have sustainably managed Canada’s coasts for millennia, play an essential role in observing and conserving marine areas.

According to Duncan Cameron, a Slow Food activist and fisher from British Columbia, the reason that young people are hesitant to enter the industry is “not because the fishery is not lucrative; it’s because so much of the wealth is captured by somebody onshore holding a piece of paper. This management failure is a result of ignoring the socio-economic side of the policy equation over decades.” 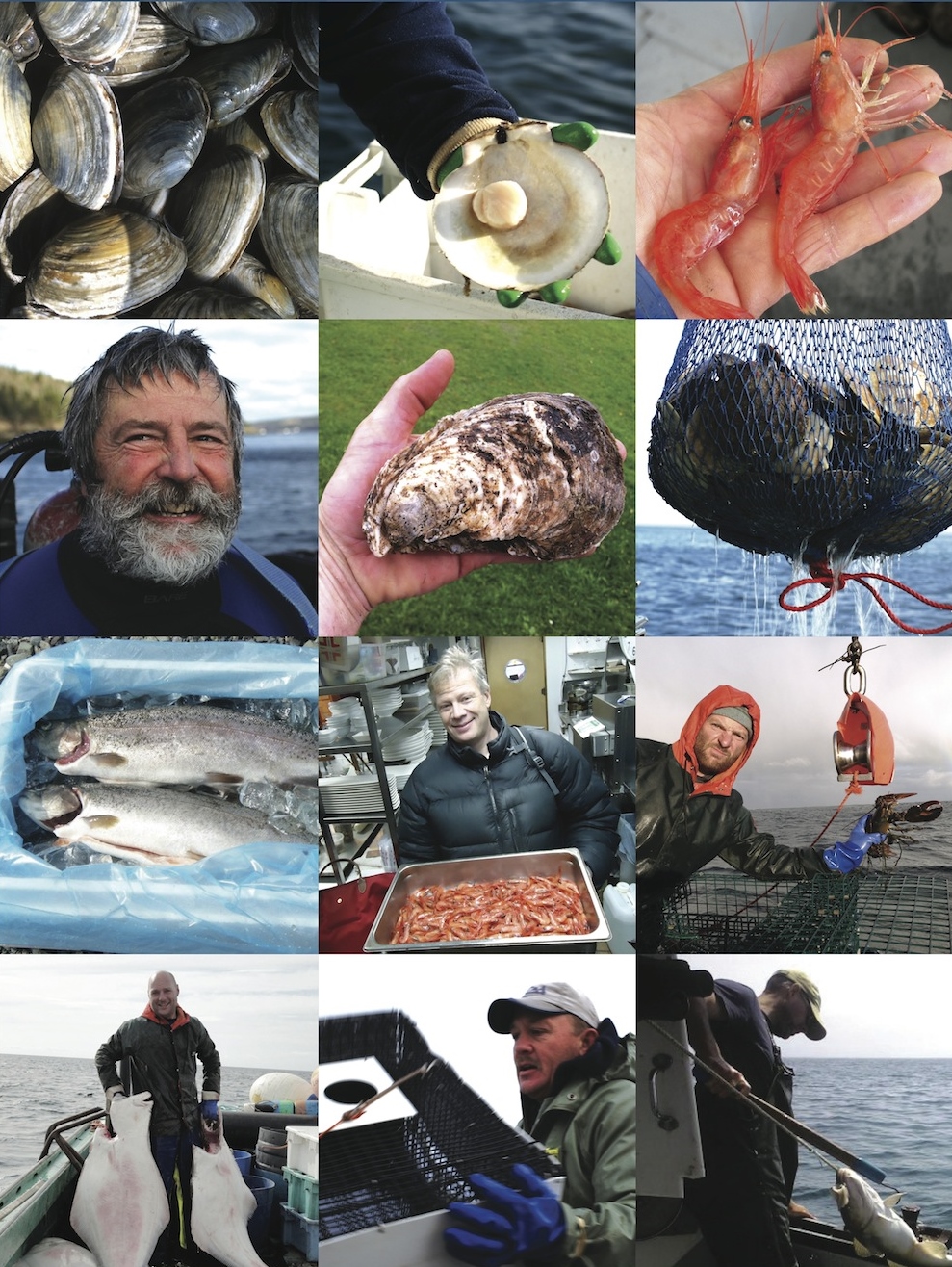 This is part of the testimony that Duncan delivered before Canada’s House of Commons Standing Committee on Fisheries and Oceans last February during one of the five public hearings that the Committee held to gather perspectives from various stakeholders in the fisheries sector in Western Canada. These hearings were part of a study that resulted in the drafting of 20 recommendations to the Minister of Fisheries and Oceans about how to effectively reform fisheries policy.

This situation is not unique to Western Canada—indeed, Duncan and Jon’s testimonies reflect the nightmare of many fishing communities around the world. It all started in the 1970s when the allocation of defined shares of allowable catch to individual fishers or fishing companies in the form of “rights-based fishing” (RBF) became an increasingly popular management tool worldwide. As Seth Macinko, professor at the University of Rhode Island in the United States, said during Terra Madre 2014, “We hear a number of names: rights-based fishing, Individual Transferable Quotas (ITQs), Transferable Fishing Concessions, catch shares, but they are all euphemisms for privatization, code words in this narrative.”

The Global Ocean Grab: A Primer explains that, in a state-owned system, national quotas are set for certain fish species and then this total is divided among individual fishers or firms—a fisher may be allocated 1% of the overall national, annual quota for a single species, for example. In this way, the resource remains in the hands of the public (the state) and the fisher is granted the access right to the fish. The transition to rights-based fishing occurs when the state grants quotas to fishing entities on a de facto permanent basis and establishes a market for the owners to buy, lease, or sell their quotas. Now, if a less efficient owner holds an individual transferable quote (ITQ), he or she will find it profitable to sell or rent a part of it to a more efficient firm or individual. Thus, only the most efficient owner will be engaged in harvesting. The result is that the overall catch is harvested by fewer boats, leading to an increase in catch per vessel and greater profits for fewer owners. When the state thus relinquishes control of the public resource into the hands of a number of private actors, management of the resource can no longer be democratic.

In Iceland, RBF led to a concentration of fishing quotas in 2007 to the point that just 10 of the largest fishing companies owned over 50% of the quotas. In Namibia, RBF was introduced in 1992: Companies headquartered in Spain with local subsidiaries control about 75% of the Namibian hake market. Their catches in 2010 brought in about 300 million dollars for Spain’s frozen-fish market, but very little revenue is retained in Namibia. 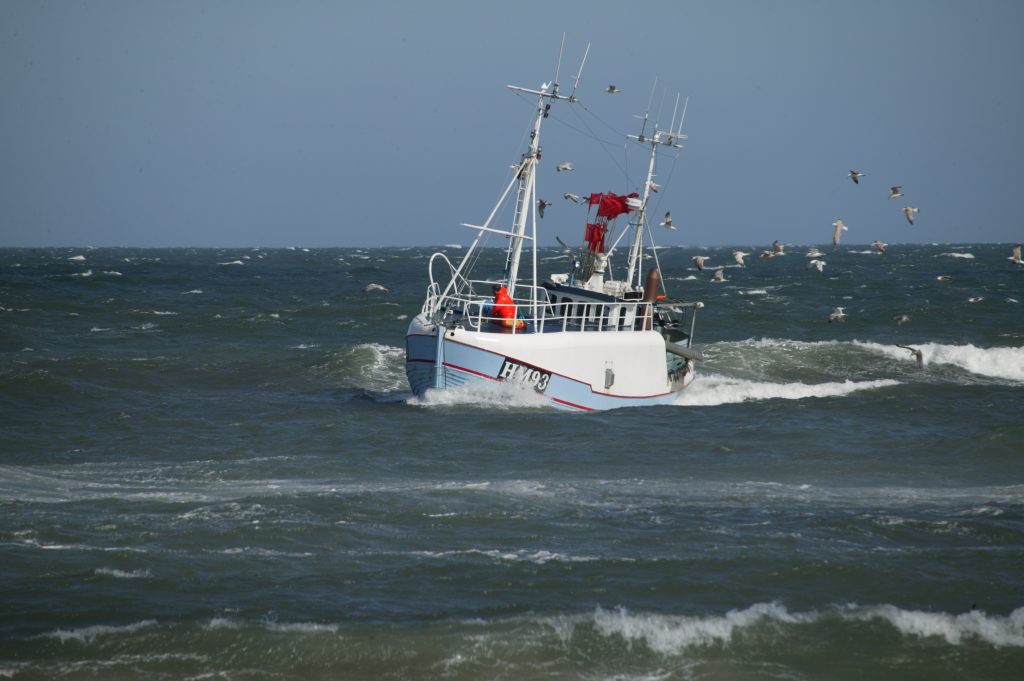 It should be noted that some positive cases exist: For example, in Denmark, the Thorupstrand Coastal Fishermen’s Guild, a Slow Food Presidium, buys quotas collectively and manages the catch as a community, redistributing the quotas to each member of the guild. And on Canada’s Atlantic coast, a pair of policies exists to ensure more equitable management of the fisheries resources and the distribution of benefits in this region: The Fleet Separation Policy keeps the harvesting and processing sectors separate such that processing companies cannot acquire the licenses of inshore vessels; and the Owner-Operator Policy dictates that license holders for inshore vessels be on board the boat during fishing activities. Unfortunately, these policies do not exist in Western Canada and, in British Columbia, fishing communities are losing the battle against multinational corporations and speculative investors. The exorbitant cost of licenses and quotas leaves makes it nearly impossible for independent fishers and family-owned fishing businesses to exist. BC fisheries policies have allowed these practices to go unchecked and the resulting loss of jobs has seriously damaged communities and cultures along the coast. The effects are felt all the way from the boats to kitchens of Canadian citizens: Despite the bounty of healthy food that Canada’s waters provide, families and local business owners—fish mongers, chefs, restaurateurs, etc.—cannot access local fish for their dinner tables and their customers. Currently, 85% of Canadian seafood is exported while up to 93% of the seafood available to Canadians is imported.

In response to all of this, Slow Food Canada is petitioning the Minister of Fisheries, Oceans, and the Coast Guard, Jonathan Wilkinson, “to commit to reforming current Pacific Region fisheries policies to ensure that the many benefits of fisheries resources in Pacific waters flow to BC harvesters, First Nations, coastal communities, and the Canadian public.” Slow Food International is calling on you to sign the petition (click here) and spread the word.