Archive » WE BELONG TO THE EARTH

Many of the striking examples of resilience in human communities are to be found among indigenous peoples, whose lifestyles have developed over millennia, from the Amazon rainforest to the Siberian Arctic.

Mostly self-sufficient and distinct from the dominant societies in terms of language, religious beliefs, and attitude towards life, indigenous peoples are among the most vulnerable minorities in the world. At the same time they are among the most resilience, hence their survival through the times. Despite the enormous cultural and geographical differences among them, they share a deep connection with their ancestral lands, as well as the suffering inflicted by the dominant societies in the name of a so-called progression that has often destroyed entire populations and their cultures.

Slow Food and the Terra Madre network have set up lots of projects to support indigenous communities around the world: the food systems, biodiversity and relationships with ecosystems that they preserve as something sacred. What follows are testimonials from two such communities involved in two Slow Food Presidia.

Mexican mythology gives us a lot of different stories about the production of consumption of pulque. For the Aztecs the goddess Mayáhuel was sacrificed to give sustenance to humans; analogously, the Mixtec tell of the goddess Serpente 11 who, after being decapitated, gave life to to the maguey (the agave plant) with the energy of her corpse.

This legend is still alive today. Among the Mixtec people of Oaxaca, a group of women carries the story of Serpente 11 into the 21st century, planting maguey and producing pulque. They organized themselves after becoming aware of “the necessity to let people know about the activities performed by women in the life of the community, and the use of maguey pulquero for the artisanal production of the drink.” So says Bibiana Bautista Gaytán, producer of pulque and forestry engineer.

There are currently 50 families involved in the production across six cities in the north of Nochixtlán, Oaxaca, and their name, Mujeres Milenarias, references the ancient knowledge that they possess and pass on. The group began to take shape in 2013, when a number of women took part in regional fairs, and was consolidated in 2016. Over the years, the group has been supported by various organizations, like Fondo Semillas, thanks to a project whose objective is the empowerment of indigenous women, in which pulque producers from Santa María Apazco also take part.

THE AGAVE OF THE MUJERES MILENARIAS

Since 2018, thanks to the three-year project promoted by Slow Food and IFAD, which allows young indigenous people and their communities to defend and promote their food heritage, the Oaxaca Mixteca Agave has become a Slow Food Presidium. The producers are required to eliminate or reduce as much as possible the use of chemical inputs, use methods which are respectful of animal welfare, defend and promote the breeding of native animal breeds and local vegetable varieties, and to use biodegradable packaging and renewable energy where possible.

The men of the community work alongside the mujeres milenarias, an important recognition of the value of their work. Bibiana admits that the process wasn’t straightforward. “At first the men of the community wouldn’t let the women participate in seminars and training sessions. Often, when someone asked produced the pulque, they wouldn’t recognize that the majority of the work was done by women.” The situation has since changed, albeit slowly.

* This part of the article is adapted from “Las mujeres milenarias del pulque“, Food and Wine, Ruth García Lago Velarde

The Red Maasai sheep come from East Africa. As the name suggests, it’s a bred that has traditionally been raised and kept by the Maasai community, and is found in the south of Kenya, the north of Tanzania and part of Uganda along the Great Rift Valley. 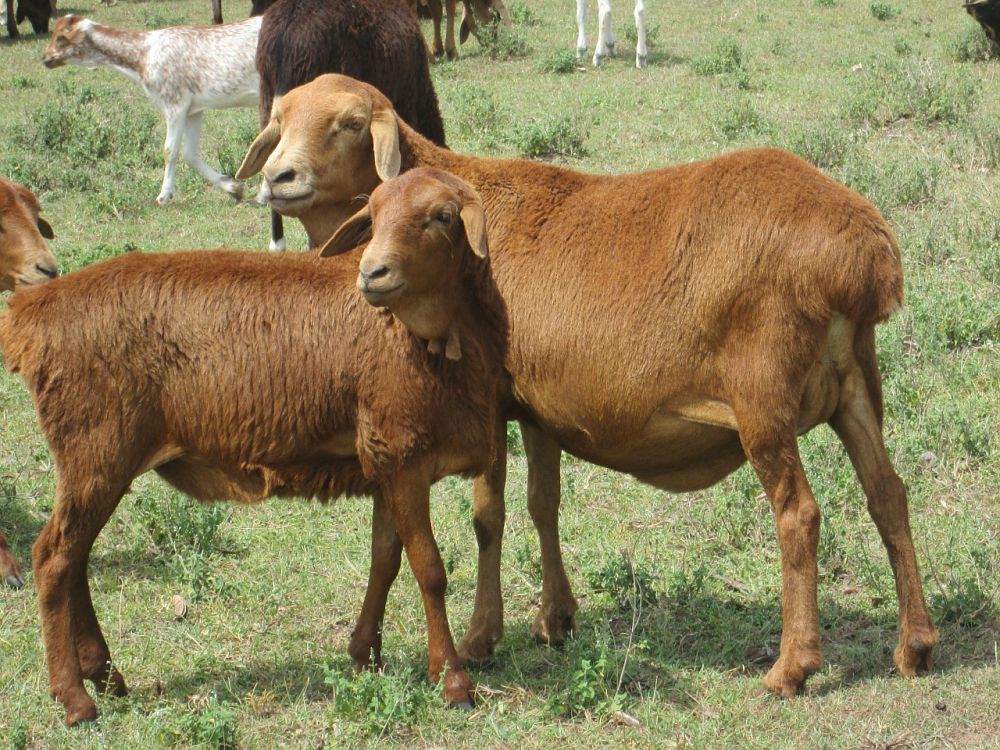 The animal is characterized by its fat tail, thick fleece and red color, though some have a brown head and spotted fleece. A large breed, the Red Maasai are able to resist numerous local parasites and long periods of drought.

For some time now the Maasai land has been confiscated from the herders and sold to other groups or private investors, reducing the size of the pastures and violently forcing the indigenous community to move on. On top of this, the migration of young people to the cities due to recurring droughts and the climate crisis pose an existential threat to the Maasai people.

Since 1970, Kenya’s agricultural policies have promoted the cross-breeding of the Red Maasai sheep with the dorper and other imported breeds, meaning the purebred Red Maasai is an ever rarer sight. Saving this breed is important, crucial even, to guarantee the conservation of a genetic resource and a resilient animal, able to survive diseases and a rapidly changing climate.

SAVING A BREED: BALANCE WITH NATURE

The conservation of the Red Maasai Sheep, which has become a Slow Food Presidium, goes beyond the preservation of a sheep breed: It’s a tool that the indigenous Maasai community can use to assert their desire to live in equilibrium with nature, preserving at one and the same time their culture, their heritage and their identity. This is the way that the community shows its resilience in the face of difficult climatic conditions, too, as well as how it guarantees its food security.

The Presidium aims to reinforce the Maasai community, with particular attention to women and young people. It does this through training activities, technical assistance and an exchange of knowledge, the creation of market opportunities for producers and involvement in the national and international activities of the Indigenous Terra Madre network.

There are around 50 herders of this breed, spread among the community of Rosarian (Nakuru County, Kenya) and e Ol’Keri (Narok County, Kenya). The animals are slaughtered at 12 months of age. Their roasted or boiled meat is consumed year-round, and in particular during ceremonies like weddings and initiations. According to traditional beliefs, the rain god entrusted the care of the red sheep to the Maasai people.

The working group was identified thanks to local contacts of the Slow Food network, including Margaret Tunda Lepore of the Indigenous Terra Madre advisory board, who contributed to reviving the products and traditions associated with the Red Maasai sheep. As its story of survival against the odds and recent regeneration prove, resilience is possible.

Let’s rethink our concept of belonging, taking inspiration from the indigenous peoples who are living proof that a more harmonious balance between humans and nature is possible. The Earth does not belong to us; on the contrary, we belong to it.