This year the event, involving participants from more than 70 countries, was a hybrid between digital and offline actions. The officially registered events can be found on the WDSD Map. Aside from that, on April 24th SFYN Global organized an all-day long program alternating online gatherings to local livestreams and workshops. From the offline events there have been many alternative and creative Disco Soup activities in order to have an impact and at the same time make sure to follow the local safety regulations with regards to the global pandemic.

Here are some examples of the variety of events happening:

A pick-up soup in Amsterdam

For this year’s World Disco Soup Day SFYN Amsterdam teamed up with Buurtbuik, an association of “food waste heroes” who regularly rescue food at local supermarkets, stores and restaurants and share it with their neighbours. The event was hosted on the 24th of April in the Buurbuik location in the Oud-Zuid of Amsterdam. So WDSD was the first event they hosted there and a promotional event at the same time for their opening! The six SFYN Amsterdam volunteers together with chef Andreas prepared and served about 60 meals which were picked up for free in different time slots. They also organized a ‘free food market’ with the surplus food collected that did not make it in the soup: people could fill their bags and take everything that was left home.

“There was one lady who just passed by, curious about what we were doing. We handed her a bowl of soup and she came back for more telling us that she had never ever tasted such a good soup before! Compliments to the chef!” Jara Snippe, SFYN Amsterdam.

Soup for the homeless by Slow Food Valle Olona

The Slow Food community Valle Olona, in Italy, rescued 30kg of food which were turned into 72 meals for homeless people in the town of Busto Arsizio. The initiative was carried out in collaboration with RECUP, an organization which rescues food in Milano and the association Ali D’Aquila, which supports homeless people in Busto Arsizio. The meals were prepared and donated in the location of the Oratorio San Filippo.

The video of the event was made by Mirko Tassin (@tassoculinario) and can be found at this link.

Cutting, cooking, chewing: the Fabulous community in Dortmund, Germany, offered Ssambabs to go. Entering the backyard of the restaurant Langer August, people would step into a world of music, bamboo and respectfulness. The DJ played from the balcony of the first floor. The salad-cutting persons in the kitchen could be joined online, while from the kitchen window people could pick up their Ssambab-to-go accompanied by a smile and nice salad. Everything was made from food rescued from the rubbish bin.

An anti-waste festival for children in Uganda 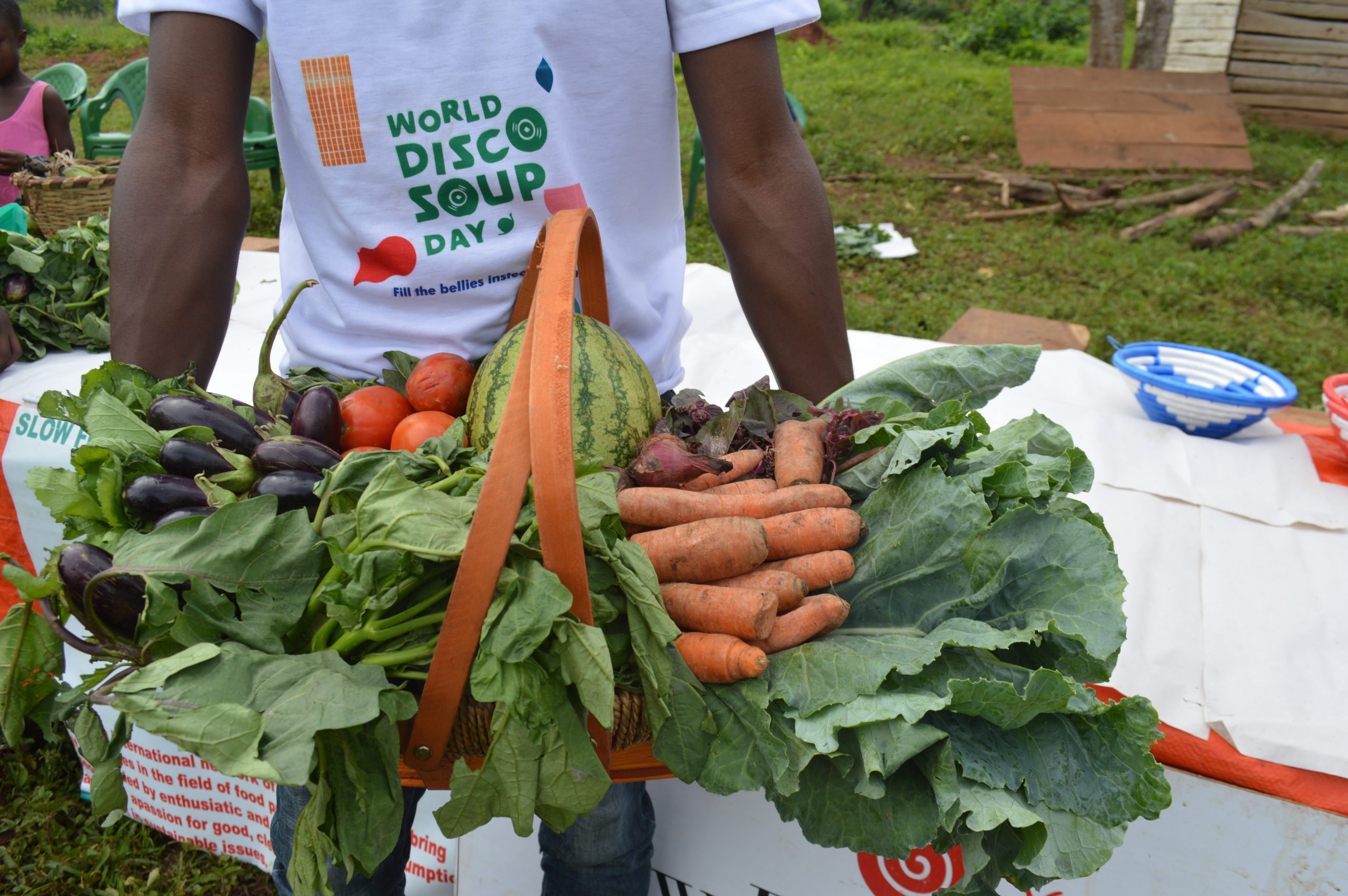 In Uganda the SFYN Network celebrated WDSD at the Nabbaale Junior School in Mukono with about 20 participants. The Disco Soup campaign focused on sensibilizing youth about food waste and it followed up with a 3 days camp happening from the 28th to the 30th of May 2020 involving 50 youth.

In Haifa, Israel, World Disco Soup Day was organized by Robin Food NGO and it was celebrated in two ways. On the 23rd of April, rescued food was offered to the participants of a local cooking challenge, who had to come up with their best recipes. The following day, on World Disco Soup Day, a big party was organized with about 100 guests and 15 volunteers during which the 100kg of rescued food was transformed into delicious meals by chef Roy Avraham. The volunteers also organized a cooking workshop of “rescued salad” which was live streamed for the digital community. The video can be found on the World Disco Soup Day Facebook page. 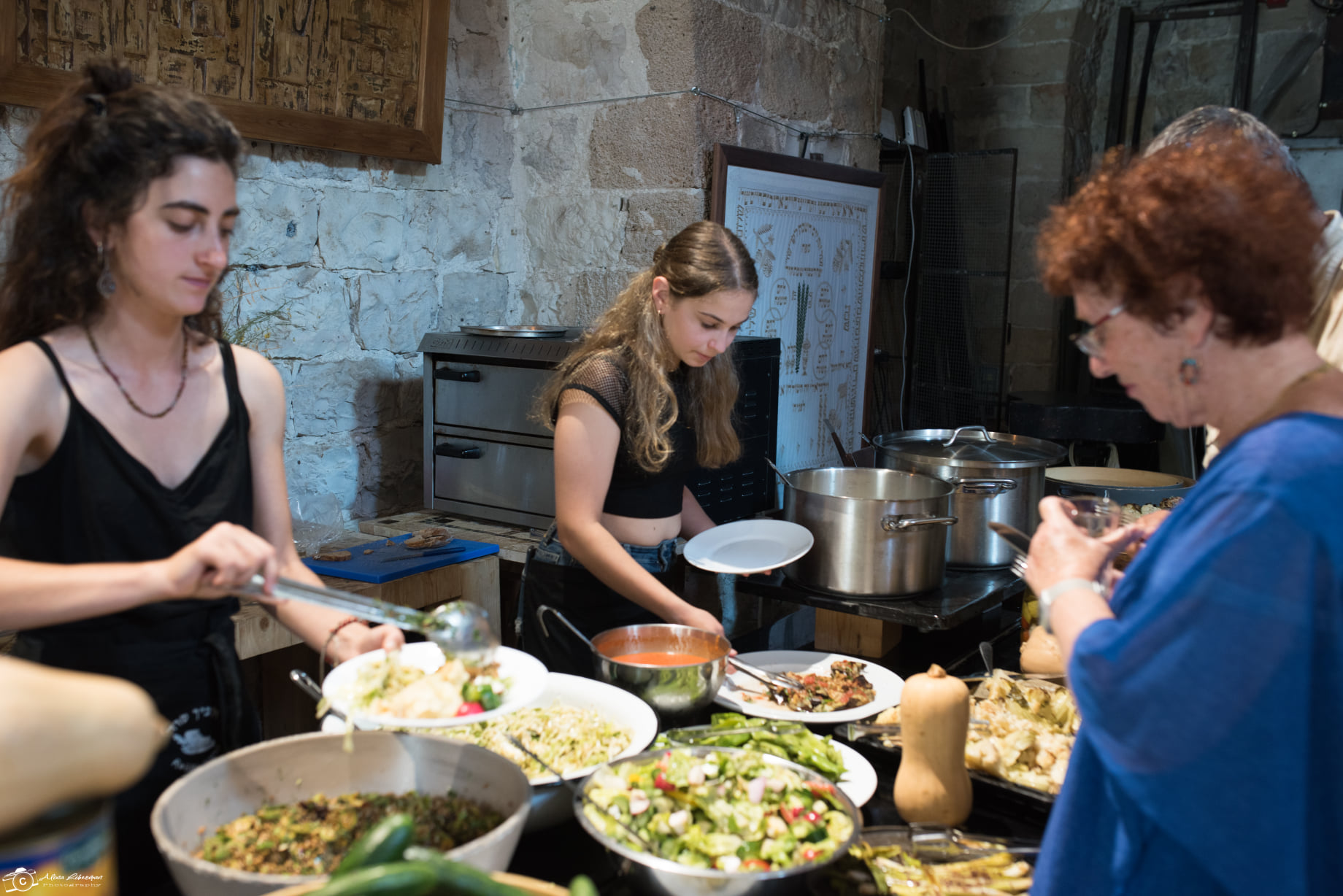 In Chia (a small village near Bogotá), the Slow Food Community Chía Colombia in collaboration with the association Familia Kabod organized a three-day long activity in which 30 volunteers rescued 204kg of fruits and vegetables. Those were turned into soups, salads, fruit juices which were donated to the people of the community in need connected to the foundation “Cambio y Libertad”. About 70 meals were served during a fun-and-save event accompanied by live and Dj music.

A video capturing the event here 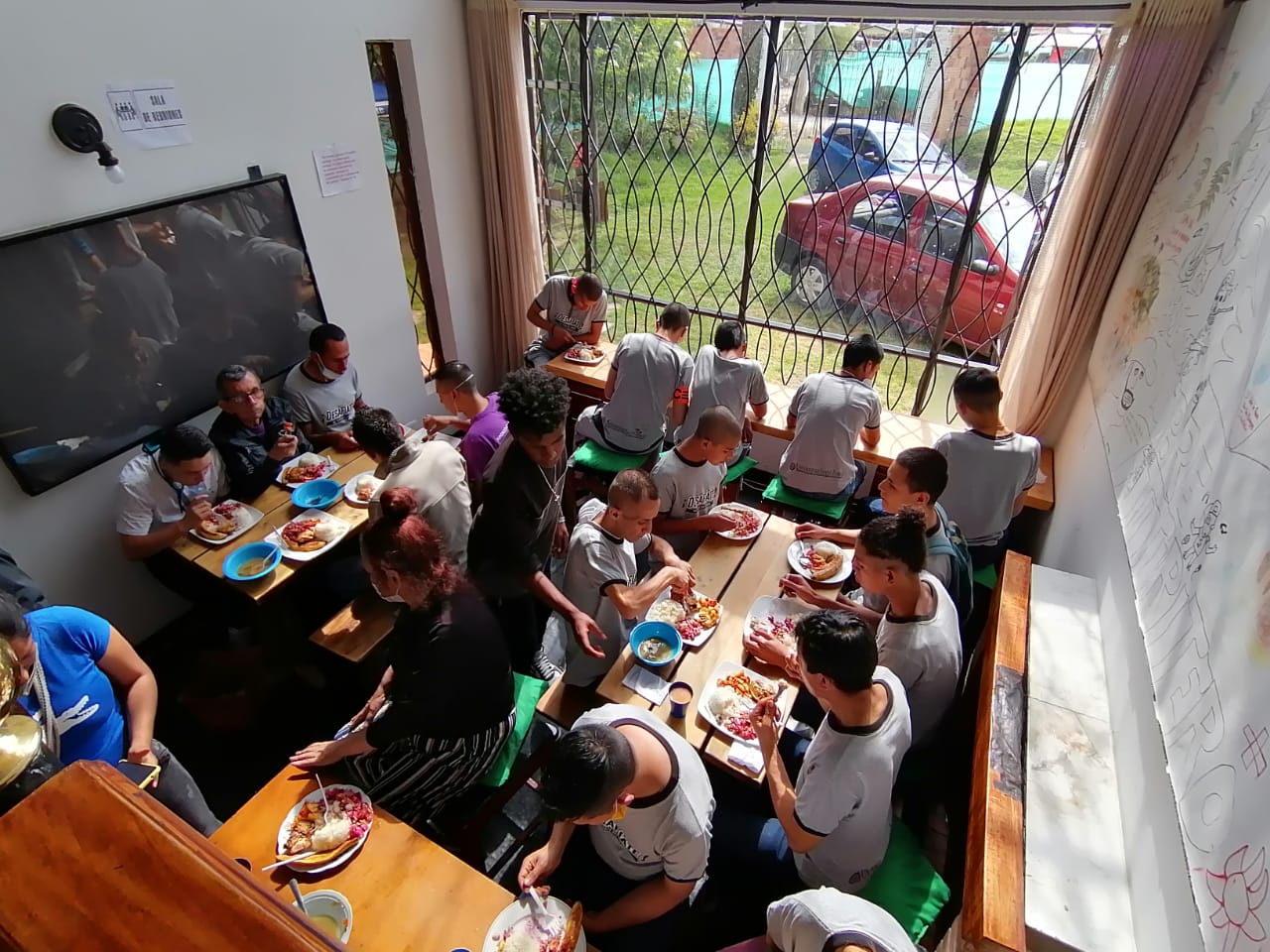 In Lima the Slow Food community collaborated with the network of Ollas Comunes in Pachacamac, which consists of 117 communal pots. In one day the network can gather about four tons of food which are enough for about 20 communaly pots (about 80 meals). The food that is mostly rescued are: potatoes, tomatoes, lettuce, carrots, pumpkin, sweet potatoes, radish, onions and spinach. In the past 6 months thanks to this initiative more that 350 tons of food were saved from the bins to feed families and in some cases animals as well. Watch their live conversation for World Disco Soup Day at this link.

In Hanoi the quarantine and social distancing times are getting a thing from the past, so our volunteers decided to organize a networking event for the students of the Faculty of environment and food at the National University of Hanoi. The topic of course was zero waste and delicious plates of surplus vegetables rescued from local farms were prepared by young chefs. The meals were accompanied by music, dances and fun quizzes.

On the occasion of World Disco Soup Day, SFYN Kenya released a special episode on the local Radio Yetu, with a focus on food waste reduction. The episode, in Kiswahili, can be found on their Facebook Page.

In addition to that, the local network in Nakuru organized an offline Disco Soup with rescued veggies and a lot of fun and dances.

In Honolulu, USA, SFYN organized a virtual Disco Soup as part of the We Grow Hawaii Virtual Youth Food Summit. The event was organized by the local Youth Food Council with the goal of inspiring youth involvement in self-sustaining food systems and it was held on April 10th, 17th and 24th (World Disco Soup Day). Details can be found on the official website. 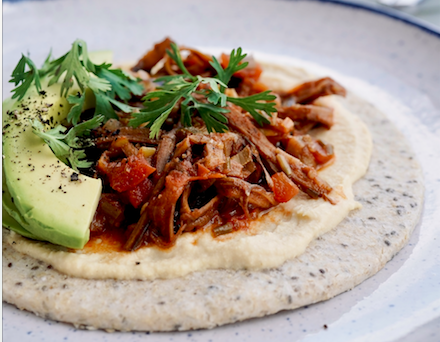 WDSD this year also included an online cooking challenge against food waste: the Slow Food zero-waste cook-off. The winner recipe by Maria Camila from Bogotà, Colombia, was “Banano desmechado”: an arepa (Colombian tortilla) topped with a stew of rescued banana peel. In total participants from 12 different countries participated in the challenge and they were judged by an international jury of chefs and food activists (more information here).

Follow the Slow Food Youth Network to be updated on future campaigns!