The prize will recognize people who are committed to the food revolution and is open to individuals, initiatives or groups active in the food sector, food policy and food education. A five-member Board of Trustees will decide the winners. Applications will be accepted between February 1 and April 15, 2021, with the award ceremony taking place on June 14. 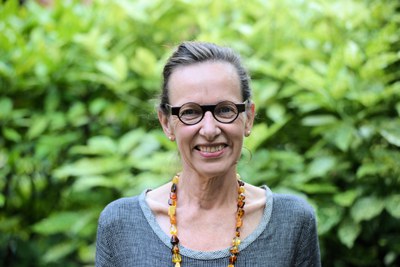 Ursula Hudson, who passed away in July 2020 after a long illness, had been the chair of SFD since 2012 and sat on the Slow Food International Executive Committee. Ursula was instrumental in giving Slow Food a political orientation and making the association a sought-after alliance partner. She was regarded nationally and internationally as a thought leader for the food revolution. Always appreciative of her fellow travelers, she forever sought out exchange and inspiring discussions with others. Her credo was that only together can we move and change things, and Slow Food is staying true to her conviction with the launch of the Ursula Hudson Prize. The aim of the prize is to bring even more public attention to the common cause and sustainable food education.

PRIZE WINNERS AND BOARD OF TRUSTEES 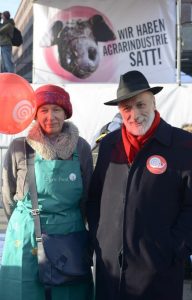 The prize winners will be outstanding in their commitment to a sustainable way of producing, processing, trading and enjoying food, setting a virtuous example for others to follow. Their concern will be how we can secure one of the most central areas of our life for the future, in theory or practice, with ideas, initiatives and projects. Candidates—individuals, initiatives or groups—can apply on their own behalf or be proposed by a third party or by one of the five members of the Board of Trustees. The prize will be presented during an award ceremony that will be held on June 14, 2021 in Berlin as part of a specialist event on the topic of food justice.

The independent Board of Trustees is made up of five members and reflects the diversity and expertise of the Slow Food network. Its members are Tanja Busse, journalist, author and moderator; Barbara Assheuer, who works at the Heinrich Böll Foundation in the field of international cooperation and was Ursula Hudson’s companion for many years; Pirmin Spiegel, CEO and chairman of the board of MISEREOR; Anke Kähler, master baker and chairwoman of Die Freien Bäcker e.V.; and Sebastian John, winemaker and graduate of the Slow Food Youth Academy.

You can access the call for applications and the application form here.