Archive » Urban-rural integration and revival of marketplaces in Colombia

Colombian cities play a key role in peacebuilding in a highly urbanized country, where the urban population has been detached from the armed and social conflict seen in the countryside. The challenge of social peacebuilding thusinvolves not only implementing agreements in rural areas, but also work to link up with urban development proposals to overcome social exclusion and inequality in all sectors of the population. 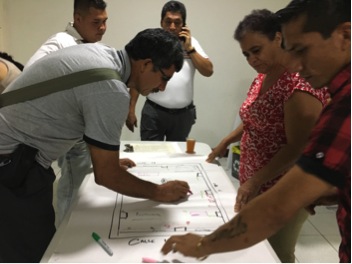 In this context, UN-Habitat has been promoting a program to support urban peacebuilding, with a particular focus on strengthening the institutional and planning capacities of capital and intermediate cities, which are engines for regional development, to deal with post-conflict challenges and to use that as an opportunity to tackle – in different ways and with a medium- and long-term approach – the structural problems of urban development, rural and urban integration and regional urban and social cohesion, starting with the vision and tools offered by the New Urban Agenda.

Slow Food, through the “Urban economy, marketplaces, urban-rural integration in Neiva and Florencia” project, which is funded by UN-Habitat, has been supporting the Urban Economy component of this process, strengthening food supply dynamics, promoting original local products and reviving local supply centers, such as market places, thus setting the stage for urban, rural and regional coordination.

In this context, the diagnostic process for the cities of Neiva and Florencia, in terms of their food supply dynamics, has been moving forward in recent months. At the same time, progress has been made in mapping original local products in order to propose their inclusion on the Ark of Taste.

The first stage of the process consisted of examining the food supply dynamics in the two cities, identifying strengths and weaknesses in the production, marketing and local consumption of original local products and the role played by retail supply centers: Mercaneiva in Neiva and Plaza La Concordia in Florencia, as part of this process, and thus to have elements to enable the construction of strategies for their revival and the promotion of traditional products.

The results of this first stage of the process were presented to various institutional, community and private-sector stakeholders in both cities, on October 5 and 6 in Florencia, and October 9 and 10 in Neiva. 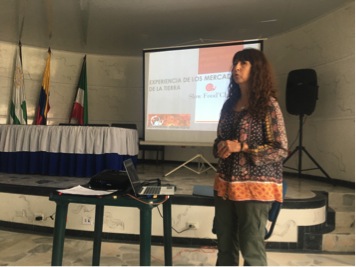 These results were shared and validated with various stakeholders, including representatives of the local mayors’ offices, represented by mayors and their secretaries, chambers of commerce, the SENA, local producers, marketplace sellers and representatives of the departmental government of Huila. The workshops also aimed to gather information from the participants in order to make proposals to improve and revive local marketplaces in the two cities.

This also set the stage for announcing the proposed Earth Markets of Chile as a motivation and a basis for identifying and resuming possible work focusing on the situation of Colombia. In this regard, Ximena Olivares Balboa, an agricultural engineer, agroecological producer and member of the Slow Food Chile network and Earth Markets in the Coquimbo region, took part in the workshops. Participants found her talk highly motivating, were interested in her experience and discussed their own experiences with her, thus creating a very valuable backdrop of mutual learning to this process.