The Convention on Biological Diversity is pleased to partner with the Slow Food for this year’s celebrations of the International Day for Biological Diversity, on 22 May 2019, which focuses on biodiversity as the foundation of our health and food systems.

The International Day of Biodiversity Our Biodiversity, Our Food, Our Health, aims to raise awareness of the interconnectedness of our health and food systems with biodiversity.

The theme celebrates the most tangible aspects of biological and cultural diversity – Nature and Cultures – through our food and health systems. 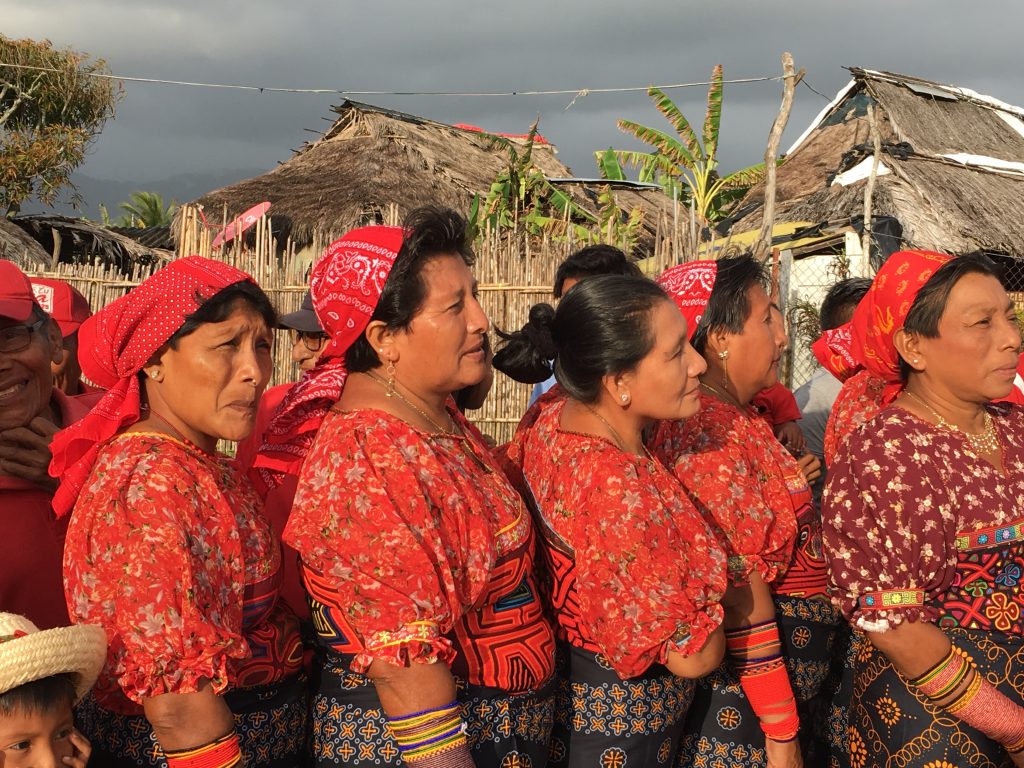 “Biodiversity is not a luxury, but a fundamental pre-requisite for our well-being,” emphasised Dr Cristiana Paşca Palmer, Executive Secretary of the Convention on Biological Diversity. “It is the foundation of our food systems and our health. We cannot afford to overlook our dependence on Nature or take her abundance for granted.” 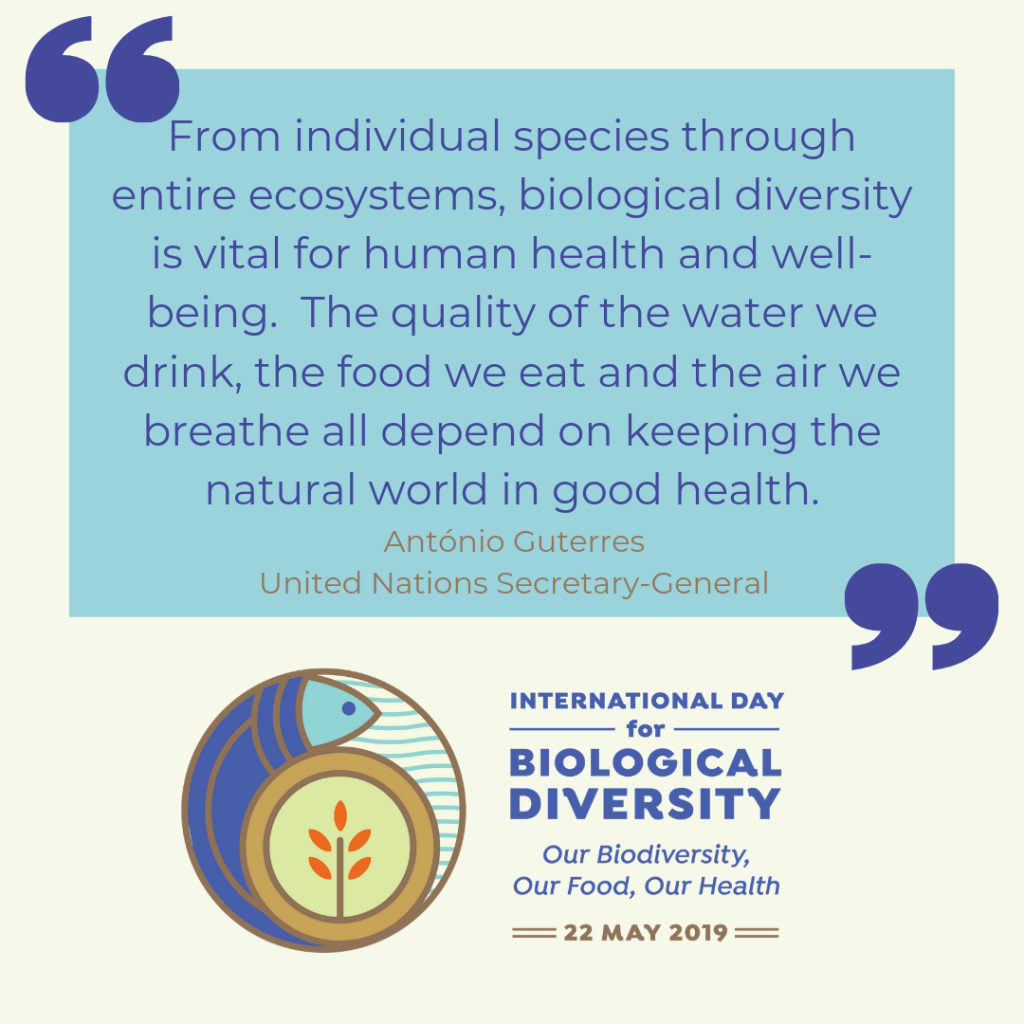 She is joined by the President of Slow Food, Mr. Carlo Petrini, who reflected that “The biodiversity of microorganisms, of plant and animal species, of ecosystems, of traditional knowledge, is our insurance for the future, because it allows adaption to climate change and ensures the wellbeing of local communities. The global food production and distribution system, based on an industrial model applied to nature, has not resolved the problems of hunger and malnutrition, but has instead produced devastating consequences, transforming agriculture into something that exploits and destroys natural environments. On this day, Slow Food asks governments to adopt decisive measures in favour of a sustainable food and agriculture model that respects human health and the health of the environment, asks farmers and food producers to commit to promoting and applying it and asks citizens to support it in their everyday food choices.” 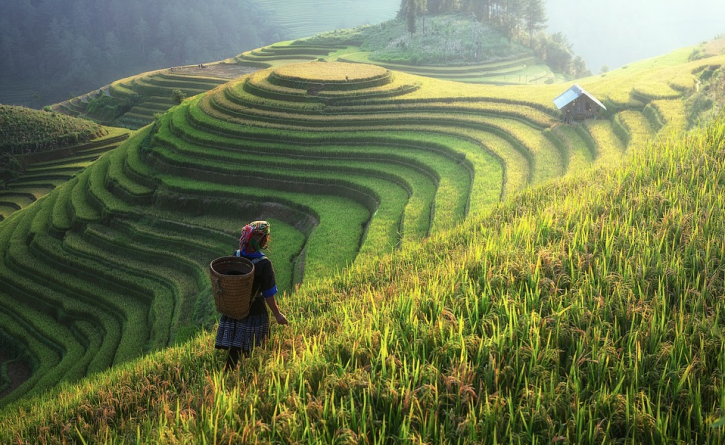 As the human population reaches 7.7 billion people in 2019, more than half living in urban areas[1], the average person in developed countries roaming supermarket aisles may be under the impression that our modern globalised food production system generates unprecedented food consumer choices.

And that diversity is growing around the world, as people take advantage of economic growth and urbanization to move away from basic staples like rice and beans, adding meat and dairy and processed foods. Liberalized trade rules and globalization have spread global food brands, a highly visual indication of the luxury of choice.

But even as commercial offerings become more diverse, what people actually buy and eat is becoming more homogenized. Simplification, rather than diversification, is the animating theme of the global food production system, and this is problematic for both the conservation of biodiversity and the promotion of human health.

For example, over the preceding 100 years, more than 90 per cent of crop varieties have disappeared from farmers’ fields;[2] half of the breeds of many domestic animals have been lost.  All the world’s 17 main fishing grounds are now being fished at or above their sustainable limits, and many fish populations have reached or are near extinction. Loss of forest cover, coastal wetlands, other ‘wild’ uncultivated areas, the destruction of the aquatic and terrestrial environments and degradation of soil, and the spread of invasive species exacerbate the genetic erosion of agrobiodiversity. Genetic erosion results from the replacement of local varieties by “improved” or exotic varieties and species.

The human and community impact of this global homogenization and loss of agrobiodiversity is striking. Locally varied food production systems, including related indigenous, traditional and local knowledge, and the diverse cultures and skills of women and men family farmers, are under threat.

Human health also suffers. The loss of diverse diets is directly linked to malnutrition and non-communicable diseases such as diabetes, obesity and has a direct impact on the availability of healthy foods and traditional medicines.

In a world where half of humanity lacks access to essential modern health services, and 100 million people are still pushed into extreme poverty because of health expenses, traditional and alternative medicines are increasingly the first port of call. For most of the population in many countries, in times of illness, traditional medicine is an important source of healthcare.[3]

The UN Convention on Biological Diversity, Slow Food and other partners, the World Health Organization, the Food and Agriculture Organization of the United Nations, International Fund for Agricultural Development, the United Nations Children’s Fund, United Nations Educational, Scientific and Cultural Organization, United Nations Permanent Forum on Indigenous Issues, as well as global movements such as the EAT Foundation, and the Food and Land Use Coalition (FOLU), are working together to identify transformative actions in global food production that can ensure a bright future for both humanity and nature. Promoting agrobiodiversity, locally sourced, diverse and seasonal foods, is a concrete action that governments, farmers, and consumers can take to increase community and ecosystem resilience to climate change, improve dietary health, and increase food security.

We invite all citizens concerned with accelerating loss of the Earth’s biological diversity, concerned at the damage we are perpetrating on Nature to take a moment to celebrate the International Day for Biological Diversity, 22 May, 2019 – Our Biodiversity, Our Food, Our Health, and as you share your food with loved ones tonight, to take a moment to reflect on your relationship with Nature and the foods and medicines she provides.

100 YEARS OF AGRICULTURAL CHANGE: SOME TRENDS AND FIGURES RELATED TO AGROBIODIVERSITY[1]