Archive » Two Dishes in One Pot: Doshama Pilaf and Rice Pilaf with Dill

Firdovsi Ismayilov, a chef from the Slow Food Cooks’ Alliance in Azerbaijan, has shared with us his recipe for a hearty and flavorful dish often served at festive occasions like New Year’s Eve or Novruz, a national holiday celebrating the coming of spring. The Cooks’ Alliance was recently launched in Azerbaijan as part of the EU-funded project COVCHEG (Community-based Value Chain Enhancement in the Greater Caucasus Mountains area in Azerbaijan), coordinated by Slow Food in collaboration with the Azerbaijan Tourism Board (ATB), which aims to promote the country’s local gastronomy and cultural heritage as a way of boosting an economic revival and the well-being of rural communities. 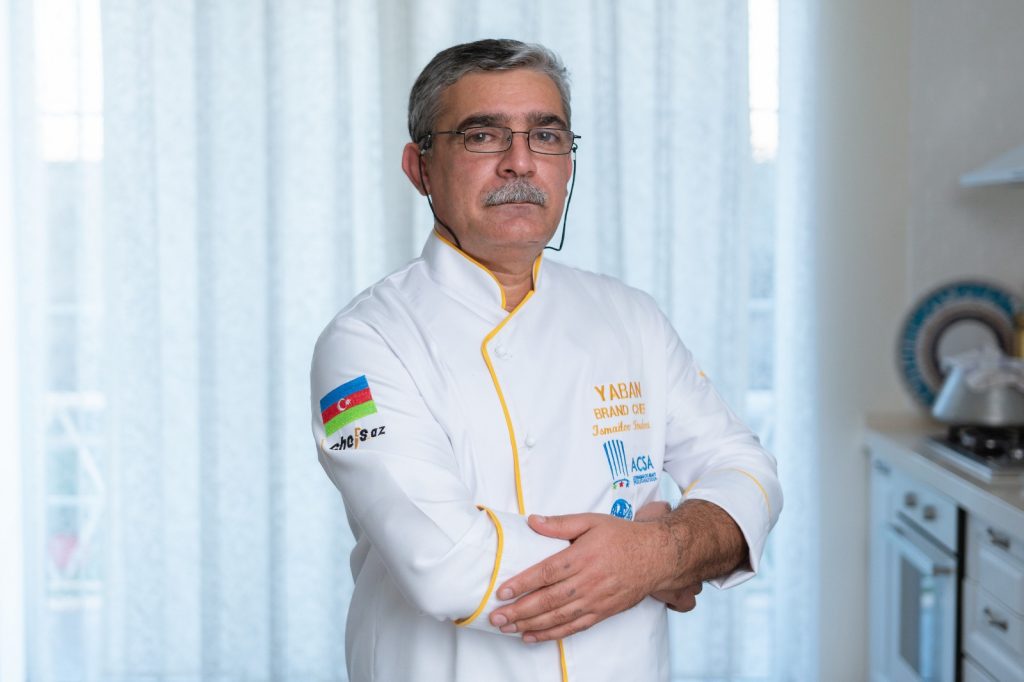 Firdovsi is an Azerbaijani native, born in Lankaran, a city of great importance to the traditional cuisine of southern Azerbaijan. He has nurtured a love for traditional cooking since childhood, and to improve his practice he moved at an early age to the capital Baku, where he continued to promote the cuisine of his local area. In 2020, his interest in traditional recipes and local products led him to become one of the first members of the Slow Food Cooks’ Alliance in Azerbaijan.

This month, Firdovsi has chosen for us a traditional recipe that uses two Ark of Taste products: Caucasus mountain chestnuts and rosehip jam from wild roses, one of the country’s first three Slow Food Presidia. 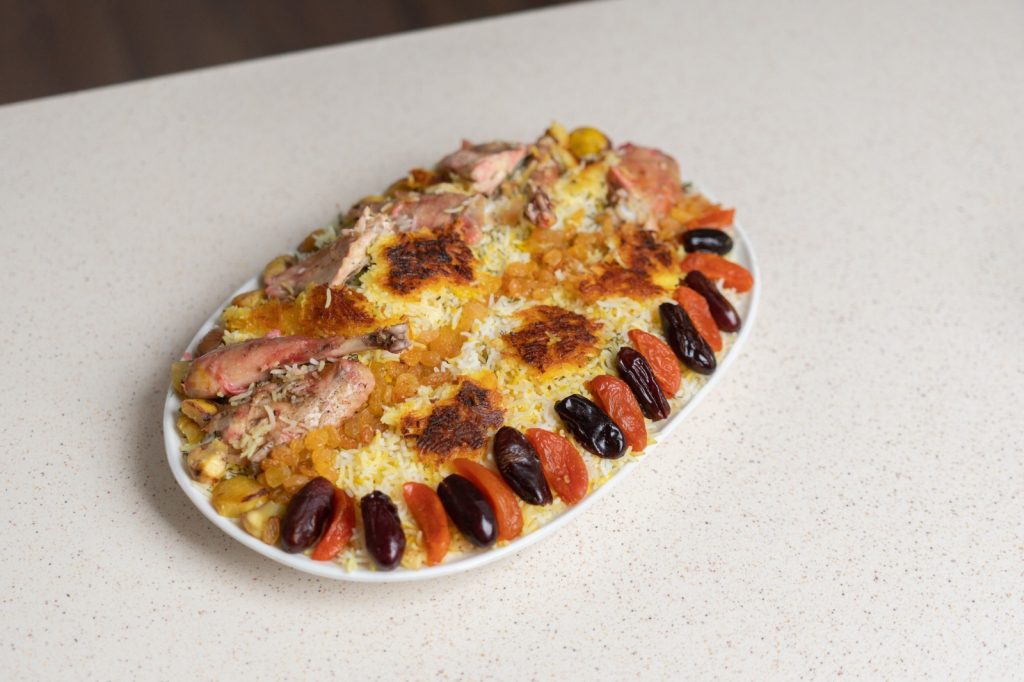 Rinse the rice and soak at room temperature for at least 30 minutes. Cook the chicken over low heat until not quite completely cooked. Chop into large pieces, season with salt and pepper and toss with the rosehip jam. Cut a small incision in the skin of the chestnuts, boil them 5 minutes, then drain, cool and peel. Slice the onions and sauté with 50 grams butter until they start turning golden. Fill a large pot with water, bring to the boil, add salt and add the rice. Leave to cook for 5-7 minutes or until the rice grains are soft on the outside but still hard inside, then drain the rice and set aside. Beat the yogurt and eggs together. Return the pot to a medium-high heat and melt 100 grams butter. Stir 1/2 cup of rice into the yogurt and egg mixture, then add to the melted butter and spread to create a layer on the bottom of the pot. Add the chicken, onion and chestnut in layers. Divide the remaining rice in two portions, and mix half with turmeric and half with dill. Add the turmeric rice to one side of the pot and the dill rice to the other. Finish with the remaining 100 grams of butter and the raisins, dates and dried apricots on top. Cover the pot with a clean cloth and then a lid. Lower the heat to medium-low and cook for 30 minutes. Check the rice to make sure the grains are soft. Use a fork to check that a crust has formed underneath. Serve hot.