Cheese 2017, the international event organized by Slow Food and the City of Bra dedicated to high-quality and artisanal dairy products, will be held in Bra (Italy) from September 15-18 2017.

This year will be particularly special, as we are celebrating the event’s 20th birthday. Cheese 2015 closed with record numbers: 270,000 visitors and over 300 exhibitors from 23 countries. But Cheese is not just about numbers. It is also a platform for launching forceful and vital political messages.

The theme of the 2017 edition will be “The State of Raw Milk”, a strong, challenging issue, chosen because it reconnects with one of our association’s historic battles and because talking about raw milk today is as important as ever before. Because raw-milk cheeses are better, because they are closely linked to their production area, because they are an expression of biodiversity.

So we are returning to the subject, and we are making “The State of Raw Milk” the foundation for every activity during this edition of Cheese: the conferences, the Market—which for the first time will host exclusively raw-milk cheeses—and the opening ceremony, which will give a voice to all the producers who will be converging on Bra to bring their experiences, share their problems and propose solutions and future visions.

Representing “The State of Raw Milk” this year will be a large delegation from the United States. Cheese 2017 will take the country as its focus, presenting raw-milk cheeses from Oregon, Vermont, Virginia and Wisconsin in the Market, in the Great Hall of Cheese and in a Taste Workshop, as well as in a special conference entitled Raw in the USA, where the founders of the American raw-milk cheese movement will share their stories and their struggles, describing the obstacles and challenges they have had to confront on a daily basis, including state regulations and a lack of public support for this type of production. 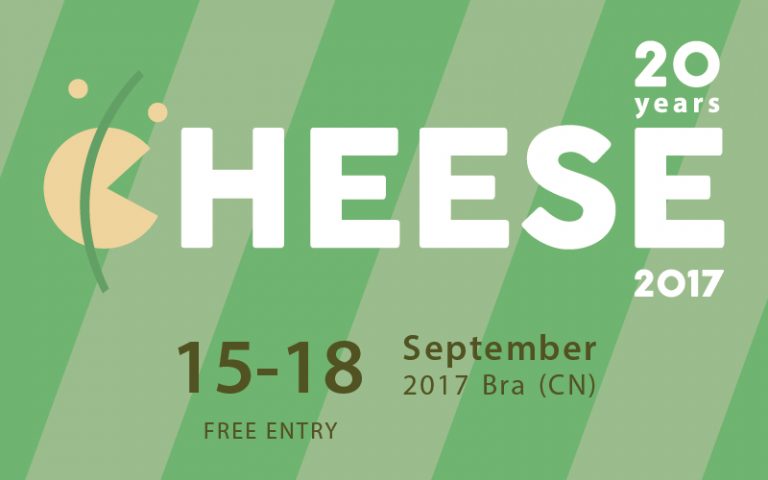 Another hot topic, closely linked to raw-milk production, is that of “naturalness,” which will be tackled in conferences open to the public, Taste Workshops, meetings between experts, producers and specialists and in a large thematic space, the Natural area. We see an increasingly urgent need to talk about all those foods—not just cheeses but also cured meats, breads, wines and beers—produced without the use of industrial starter cultures, nitrites and nitrates, sulfites and selected yeasts… Naturally, in other words.

This is not a trivial subject. Returning to cheese, for example, we know that in nature, yeasts should be found in milk, on the cheesemaker’s hands, on animals’ udders, on the bucket used for milking, on wooden tools. But times have changed, and the quest for a hygienically perfect environment, in which most farmers no longer milk by hand, wood is banned from the dairy and milk passes from pipe to pipe, from steel to steel, has led to the gradual impoverishment of bacterial flora. This is a further loss of biodiversity, perhaps less obvious than others but no less serious.

Cheese is much more as well: the conferences; the Taste Workshops dedicated to Italian and international cheeses, wines and other natural foods; the meetings at the Biodiversity House. An initial but already rich list of events has been available online for a few days now, with booking open through our store.

There will also be plenty of opportunities for encounters, debates and conviviality. Cheese is an important occasion for talking about the challenges of those who are continuing to produce with raw milk despite all the difficulties they face, to understand where the world of small-scale producers is going and what we can all do to fully value their work. Cheese is a chance to try new cheeses, and to rediscover old favorites. It is a chance to spend four days at the center of the world of quality cheese. Four days that we already know will be very special.

Check out all the events here.