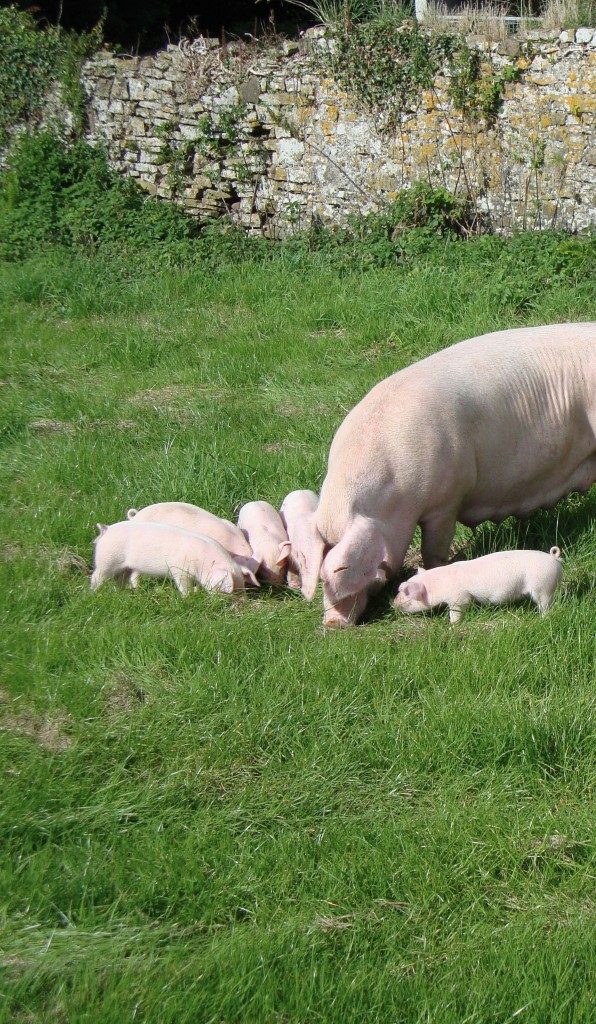 As a predominantly grass-growing nation, lamb, beef and dairy production are prominent in Wales. Traditionally, lamb and beef animals were sold at market as they would command far higher prices, leaving pork as the dominant meat for home consumption in rural areas. There is little history of intensive or commercialized pig keeping in Wales; for the most part pigs were kept indoors or allowed to forage seasonally outdoors.

A BREED ON THE BRINK OF EXTINCTION
In a modern context, where meat is plentiful year round, pork still dominates the Welsh diet and that of the wider UK, accounting for over 52% of meat consumed. However, consumers are becoming more educated, seeking out native and rare breeds of animals and high welfare and ethically sourced meat, either directly from producers at farmers’ markets or through traditional provisions markets, food halls and independent butchers. The mantra of “eating less but better” is quickly gaining favor with customers who are willing to pay more for higher quality and better taste. As such, rare and native breeds of pork, beef and lamb are gaining counter space.

The Pedigree Welsh Pig, the regional native breed for Wales, produces high quality pork which is delicate in flavor and succulent on cooking due to a higher percentage of fat in comparison to commercially bred hybrid pigs. The Pedigree Welsh Pig can be traced back to an indigenous White Lop-Eared breed kept in Wales for as long as records exist. It has provided a huge contribution to modern day agriculture, being one of the three breeds on which UK hybridized pig production was based during the 1950s.

However, the unrelenting drive towards intensification and the rearing of leaner pork without consideration for flavor marginalized the breed and resulted in a dramatic decline in numbers. In 2002, only 82 Welsh Pigs were registered. In 2005 the breed was declared an en- dangered species and has since been classified as a rare breed by the Rare Breeds Survival Trustand is supported by the Slow Food Foundation for Biodiversity through the Ark of Taste. 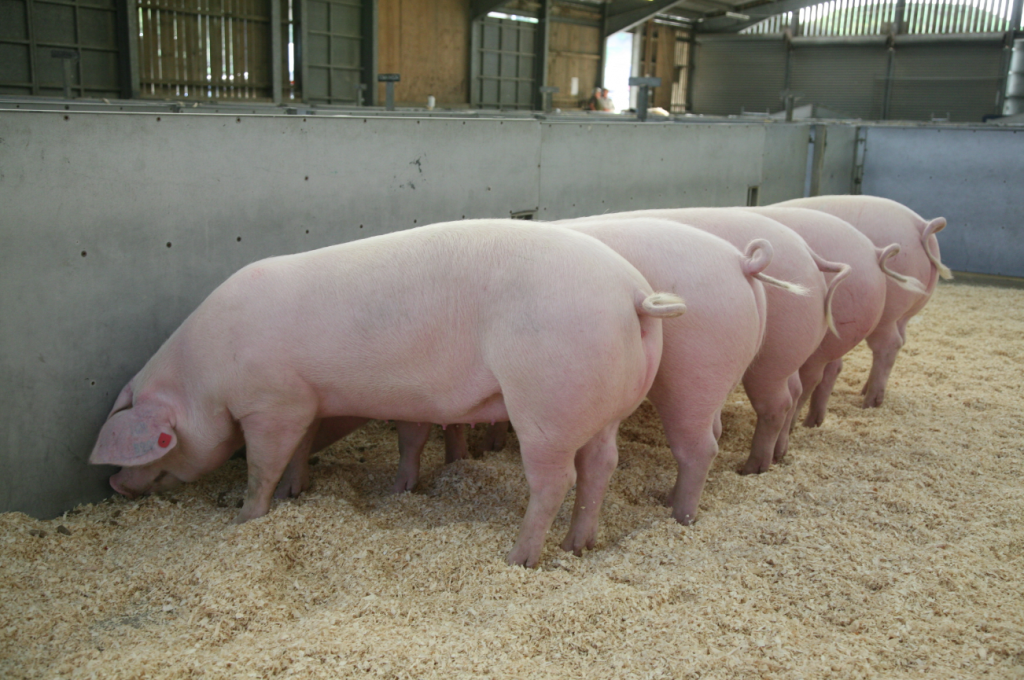 GOOD PRACTICE IN BREEDING
The heritage and tradition of the Pedigree Welsh Pig is largely part of the ‘tyddyn’ (smallholding) or peasant Welsh tradition. There is also a tradition of small-scale urban rearing in industrialized towns where twlc mochyn (pigsties) were once common in the gardens of terraced houses. Dry stoned corbelled pigsties were also a noted form of vernacular Welsh architecture especially in the south of the country.

Pigs were traditionally fed on waste from food production: whey from cheesemaking, waste milk, and spent grains and discards from brewing, in addition to any seasonal mast or pan- nage that was available locally. The old tradition was to rear pigs through summer and autumn and to cull seasonally in winter on-farm. Each rural area would have an itinerant slaughterman who would provide a killing and butchering service, often in ad hoc spaces in barns, outbuildings or even outdoors.

The annual slaughter would be a social occasion with all family members, and often neighbors, lending a hand. Fresh products such as ffagots (faggots) would be made from the plwc (heart, liver and lungs), the head would be brined to make brawn, and the intestines cleaned and used as casings for fresh sausages. Fresh meat would be shared locally and the sides and hams would be cured and preserved to provide meat for the coming year.

In order to retain these traditions, the Pedigree Welsh Pig Society has recently applied for an EU protected name for Traditionally Reared Pedigree Welsh Pork under the Traditional Speciality Guaranteed (TSG) designation. This has largely been made possible thanks to the commitment of the Welsh Government to supporting the breed and the agricultural social culture of Wales. Furthermore, the intrinsic value of the end product, whether fresh pork or as traditional cured bacons or hams has resulted in Slow Food Cymru’s nomination of the breed for inclusion as a Slow Food Presidium product.