Archive » Together for Slow Food Communities in Ukraine: united to support reconstruction and biodiversity

Julia Pitenko, leader of Slow Food in the country, describes the situation in the country and how the distribution of funds is progressing

Against all hope, the war continues in Ukraine. Ceasefire still seems a distant possibility. As in all conflicts, those who pay the most severe consequences are civilians, millions of whom have been forced to flee their homes, millions more who are unwilling or unable to leave must face extremely difficult conditions. 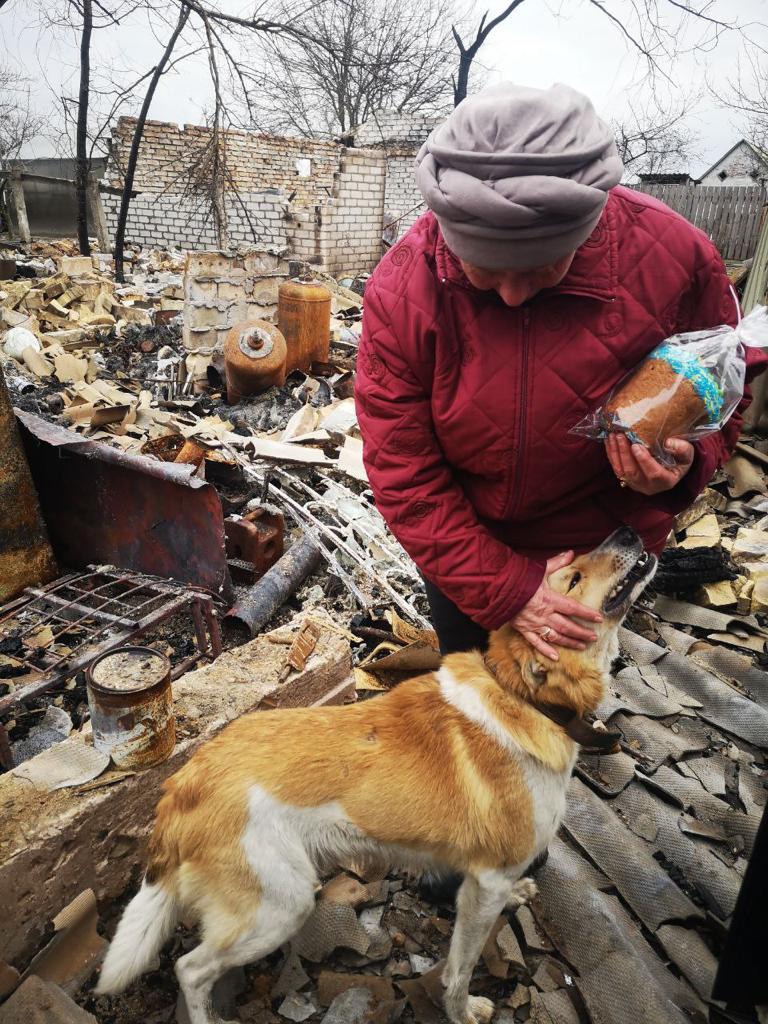 Despite the unbelievable horror of the situation, many of our Slow Food leaders and activists have decided to stay behind to protect, feed and restore their communities. The global Slow Food family has stepped up to support them, too: both those who have had to leave their homes, and those who have stayed behind.

The “Together for Slow Food Communities in Ukraine” fundraising campaign continues and has already raised over €30,000. These funds are being delivered to members of the network in Ukraine on a weekly basis.

We spoke to Julia Pitenko, leader of Slow Food in Ukraine, who has been helping, since the beginning of the conflict, to maintain contact with the network and support those who have chosen to remain in the country.

What is the situation like now for the Slow Food network?

I am back in Kyiv these days. The situation is far from easy: we live in anticipation of hearing the sirens sound and warning us to take cover.

We don’t know the exact numbers, but it is said that more than 10 million people have fled to escape the fighting. Meanwhile more than 12 million people are still trapped in areas which have been or still are being bombed; some are unable to leave because of ongoing fighting, others are determined to stay to defend their life’s work, their homes, their animals…

This includes much of the Slow Food network, who, even in wartime, have not left their farms and continue to work under the most difficult conditions, risking their lives to preserve the animal breeds and plant varieties they raise in order to nourish their local community and feed the future. 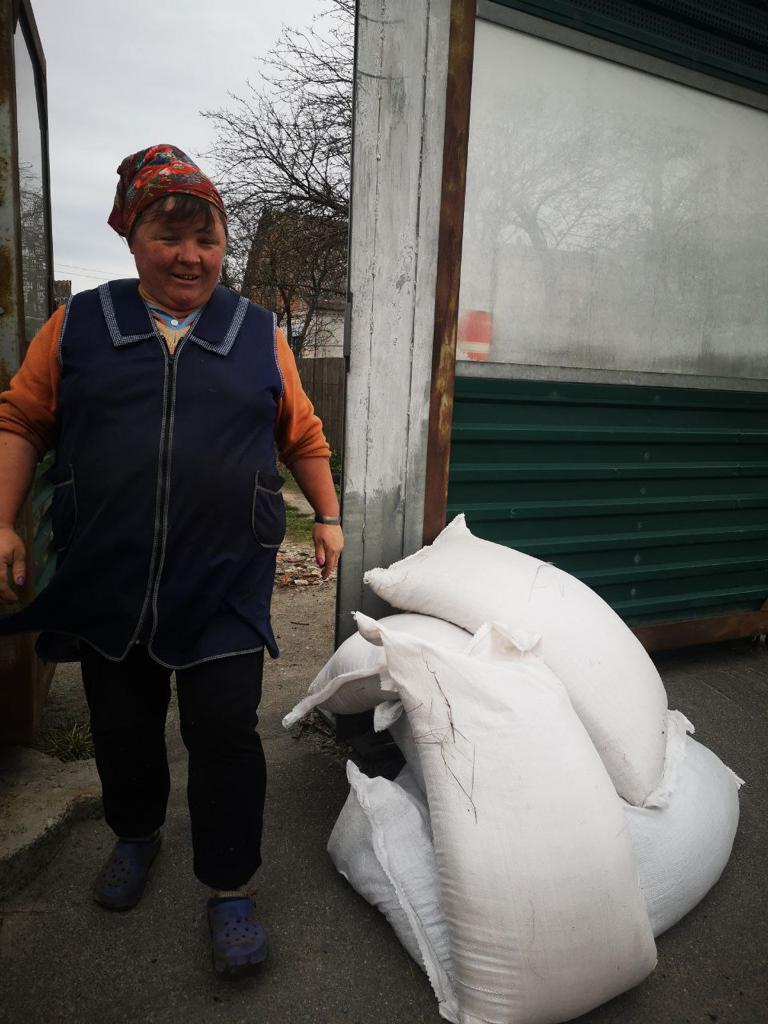 Can you give us some examples of how the money is being used?

We are trying to help as many people in the network as possible. We made a form that they can fill it in and tell us about their situation; for us it’s important that the help provided by our international donors goes where it’s needed most.

There are many examples that come to mind. In the first few weeks, we were focused mainly on saving animals: this meant helping their owners and a temporarily-abandoned Genetic Institute to buy food and medicine for them. We’re mostly talking about cows, goats, and poultry – many of them belong to rare Ukrainian breeds. The tragedy of the war, in addition to causing death and general destruction, also concerns the loss of the extraordinary heritage of traditional knowledge, products and breeds that are an integral, foundational part of Ukrainian food culture.

Then, in late March, we helped people in Kyiv to open canteens to feed those in need.

In April our help was concentrated in the region around Kyiv that had been liberated from occupation. In three villages (Kachaly, Volytsia and Halynka) around the sadly-famous Bucha, Borodianka and Makariv, both humans and animals miraculously survived, but for 50 days they were cut off from supplies and electricity. Enemy tanks blocked the roads. Everyone was exhausted from hunger and explosions. After the liberation, volunteers came to the villages and found that the animals needed help as well. Thanks to Slow Food, we bought and distributed 40 bags of bran and cake to support hungry cows (some of whom were pregnant). We are going to see them again soon to find out how they are.

We bought ten incubators and 1000 eggs from the hens and turkeys that we saved in March, belonging to four Ukrainian native breeds; the farmer is a member of the Slow Food community for the safeguarding of Ukrainian breeds situated in the Kharkiv region. We are happy to dream about these chickens and the people who will return to a peaceful life! We also bought seeds from our community in Nezhyn and brought those to villages, to help people to seed their orchards.

Another example is a goat farm. Usually in the spring the owner buys fodder to feed the animals, because the grazing period is still far off, and the goats give birth to new kids. When the explosions and the occupation began, panic set in—goat breeders were faced with a choice: to slaughter the herd or find a way to feed it, and therefore help feed the area’s residents and refugees. The producers gave away the goat milk for free, but this meant they had no money to feed the goats. Thanks to the support of Slow Food, we saved thousands of goats, cows, and other animals living on these farms, as the owner was able to buy fodder and medicine for animals. Most importantly, we helped people. Now, though the war goes on, they are working, producing and are even participating in the first fairs.

Finally, we are helping our scientists to safeguard our genetic heritage in crops, oil cultures and medicinal herbs. The main genetic bank was situated in Kharkiv: its premises were bombed and a large part of collection was destroyed. We are helping our Slow Food scientists to buy refrigerators to store samples in Zaporozhie, Poltava and Kharkiv, as the state can’t help them anymore. 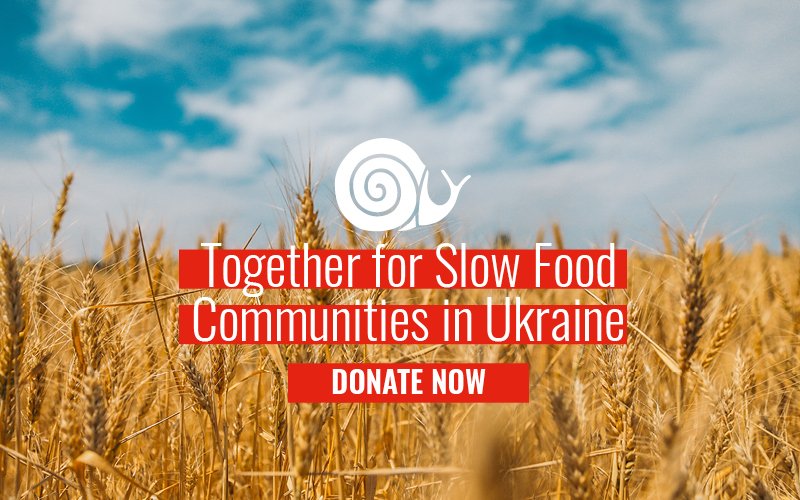 We all hope the war will end soon. Can the Slow Food philosophy help rebuild the country?

Yes, of course! These months have really shown the importance of local food: all our farmers and producers have been offering food to refugees, to people in need, to the civil defenders, to urban canteens. I’m really proud of the help we’ve provided in this dramatic condition, and our collective understanding of the power of solidarity is better than ever. Our local animal breeds have also shown their resilience in the face of all kinds of threats, and are having babies now. This is a potent symbol, and gives us a lot of hope for the future!

The war is not over, and we are continuing to resist. We ask our friends around the world to continue helping us to protect people, animals, traditions and the land: new emergencies continue to arise week by week, and we want to be able meet these new challenges wherever they occur.