For the final day of Thank a Farmer month, we want to acknowledge the work of ‘Captain’ Zakaria Kamantasha and his crew at Sri Lovely organic rice farm in Kedah, Malaysia, which recently became the first registered Slow Food Community in South East Asia. Following the principles of SRI (System of Rice/Root Intensification), Sri Lovely grow various types of traditional Malaysian rice, including some dying indigenous species from a local seed bank. It is the only certified organic rice farm in Malaysia — but the man who started it all hopes that this will not be the case for long.

Zakariah Kamantasha hasn’t always been a farmer. After spending 15 years in the Malaysian army he ran a high-end tourist charter boat on Langkawi Island for 5 years, where he picked up the name he most commonly goes by, ‘Captain’ (his military rank was Major). Wanting to do something to improve the lives and opportunities of the rural population — in particular to help stem the exodus of young people to urban areas — he started this organic rice farm project just outside his wife’s home village of Belantik, Kedah, in 2009. 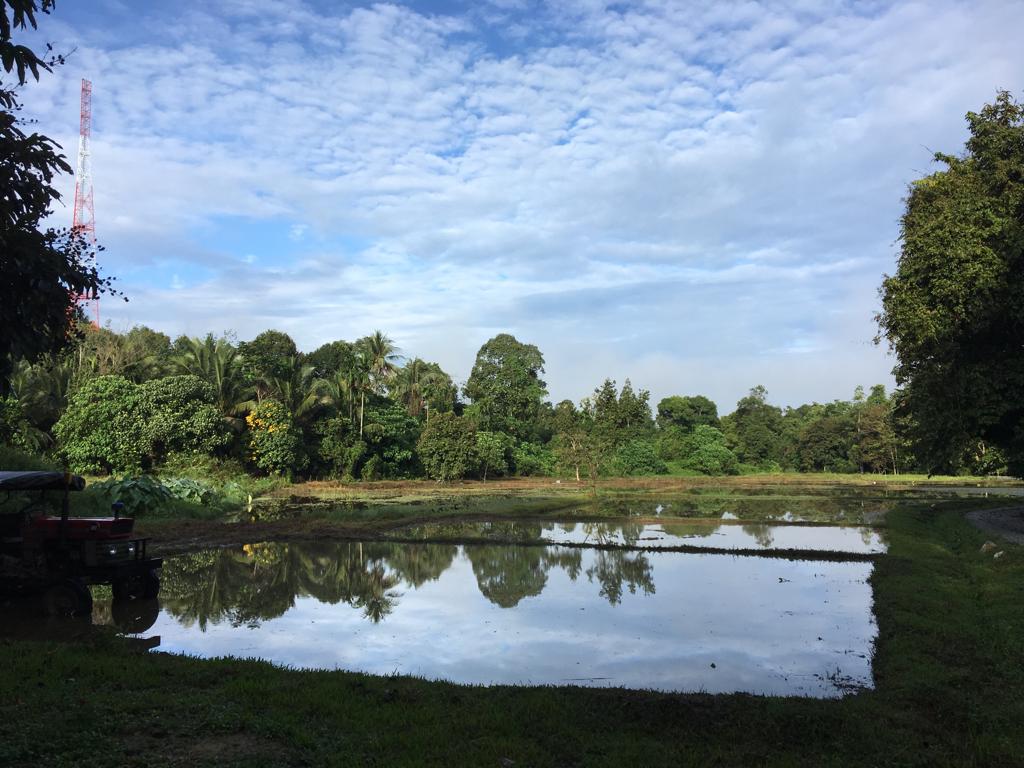 The farm land had been abandoned for over 30 years and, overrun by trees, it was almost indiscernible from the surrounding jungle. The first step was to clear the land, and then to learn exactly what trees, plants, animals, and microorganisms are in the local ecosystem. For both of these tasks, Captain drew on his experience in the army — he knew this area from military operations against communist militias in the early 1990s. Today, however, the biggest security threat comes from roaming wild boar, who wreak havoc in the rice paddies and trample young trees and seedlings. During the harvest season, Captain occasionally organizes a 24-hour sentry duty to scare wild boar away if they ‘approach the perimeter.’

The ‘perimeter’ is not only a terminological remnant of Captain’s military days, it is a method of organic pest control practiced at Sri Lovely. By planting the edges of rice paddies with plants, trees and flowers that are more enticing to would-be pests than the rice plants are, fewer bugs, birds, and insects bother breaking past the perimeter to the less attractive rice plot. This encourages healthy populations of local species and helps to maintain natural predator-prey relationships.

That philosophy of understanding and using what is around you is also evident in Sri Lovely’s approach to plant nutrition. They only use natural fertilizers they have made themselves: local glaceriya leaves for nitrogen, rotten dates leftover from Ramadan for potassium, and baby bamboo shoots for phosphorus, for example. 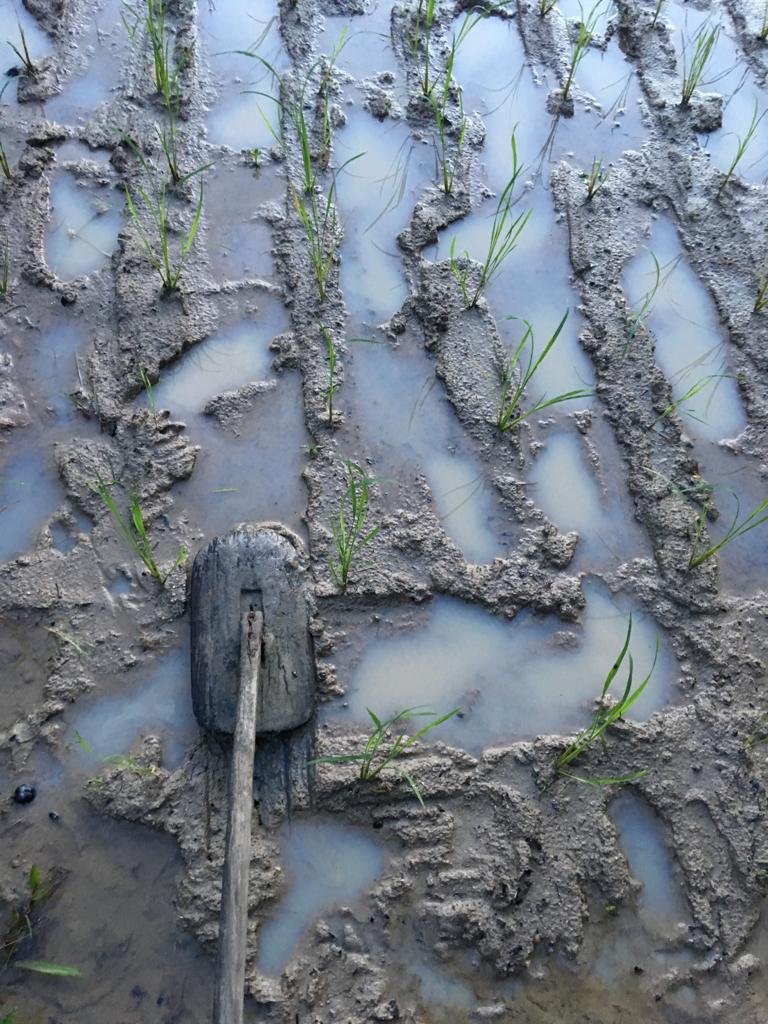 Like all other processes on the farm, there is a lot of trial, error, and tinkering to figure out what works best. Traditionally, farmers have been some of our greatest innovators; but reliance on chemicals, industrial practices and monocultures has sapped a lot of creativity out of agriculture. That is one reason why Captain champions SRI, or System of Rice Intensification, a set of organic farming principles (developed by Jesuit monks in Madagascar in the early 1980s) which encourages farmers to be creative, innovative, experimental, and adaptive to local conditions.

Although much more labor intensive, SRI uses significantly fewer inputs than conventional rice farming: instead of parachuting or broadcasting seeds, SRI plots are hand-planted in gridded rows, at least 25 cm apart, so each plant receives more sunlight. This also makes it possible to weed by hand, instead of flooding the rice paddy (which kills not only weeds but also worms, insects, and micro-organisms essential for maintaining healthy soil). Better yet, this system helps to combat carbon emissions — the most damaging emissions from global rice farming come from methane gas created from the decomposition of those soil organisms killed when the paddy is flooded.

The results of the SRI method are impressive, increasing per-plant productivity, improving plant and soil health, yet reducing external inputs such as water and seeds. By encouraging the plant’s natural defenses and tendencies, SRI crops are also better protected against changing weather patterns and unusual climactic events. 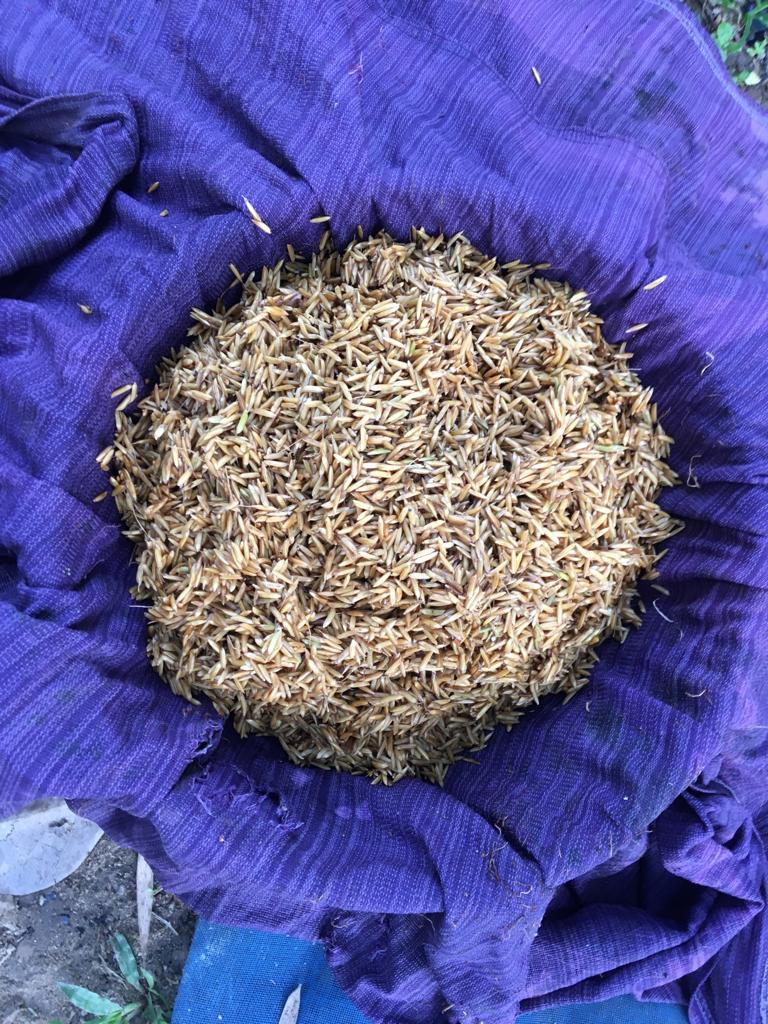 Captain is always teaching and sharing his knowledge. He is often away giving talks, but the farm is also a place of learning: later this month dozens of farmers from around Malaysia will come for the Farmer Field School, an initiative aimed at upscaling agrobiodiversity through SRI. And from 2019, Sri Lovely will be an official government-endorsed Organic Research and Training Centre, hosting 20 farmers and farming students for 6 months of immersive learning focused on integrated farming. With the support of the Kedah Department of Agriculture, those who complete the course but do not have their own land to farm will be given an area of arable land to grow organic, integrated crops. 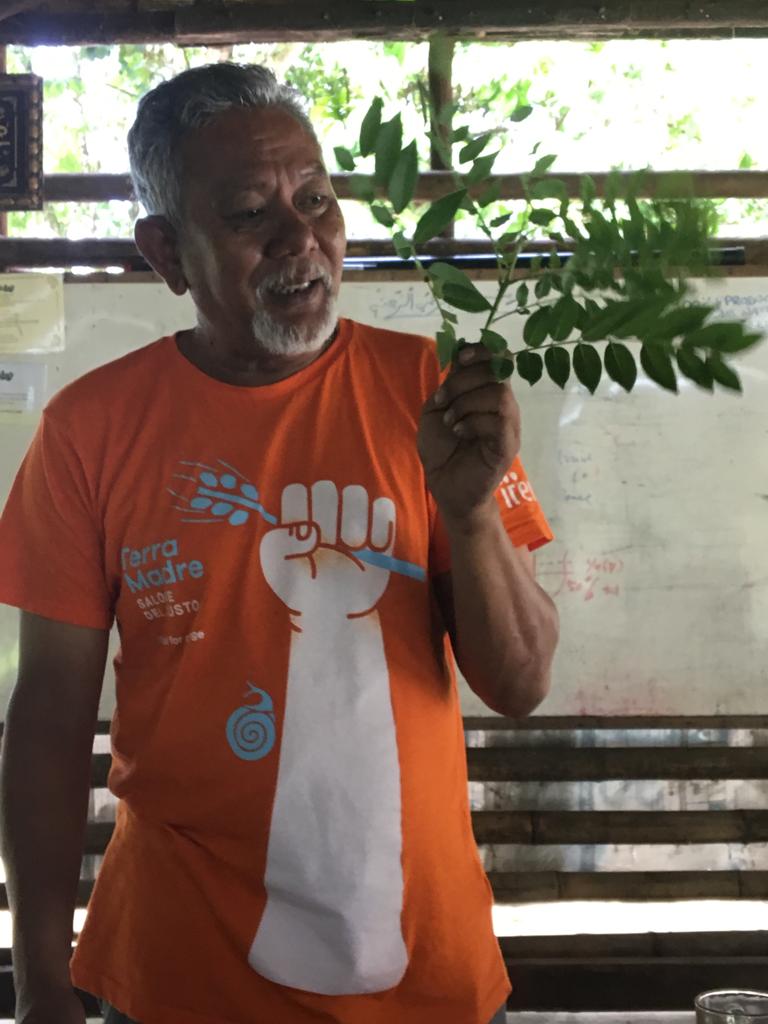 Becoming a Slow Food Community will hopefully help to keep momentum going for Sri Lovely, too. Feeling part of a global network empowers Captain to push for more change at home, at the grassroots level. He loved attending Terra Madre Salone del Gusto 2018, learning from others around the world and sharing with farmers and government officials back in Malaysia to show that they are not alone in trying to improve agriculture and food supply. The Slow Food Community designation, rather than the more broad presidia and convivia models, should allow for more specific focus on the day-to-day practices on the farm, and hopefully it will give Sri Lovely a viable channel for specific support in the near future.

Captain’s fundamental goal is to strengthen rural communities. To restore pride and stability to local farmers. He knows that people want to fix the farming system, and he is convinced that people will believe organic farming is the best way to do so once they see the results. He is hopeful that Kedah will become a hub of sustainable, organic agriculture, and from there be an example for positive change everywhere. 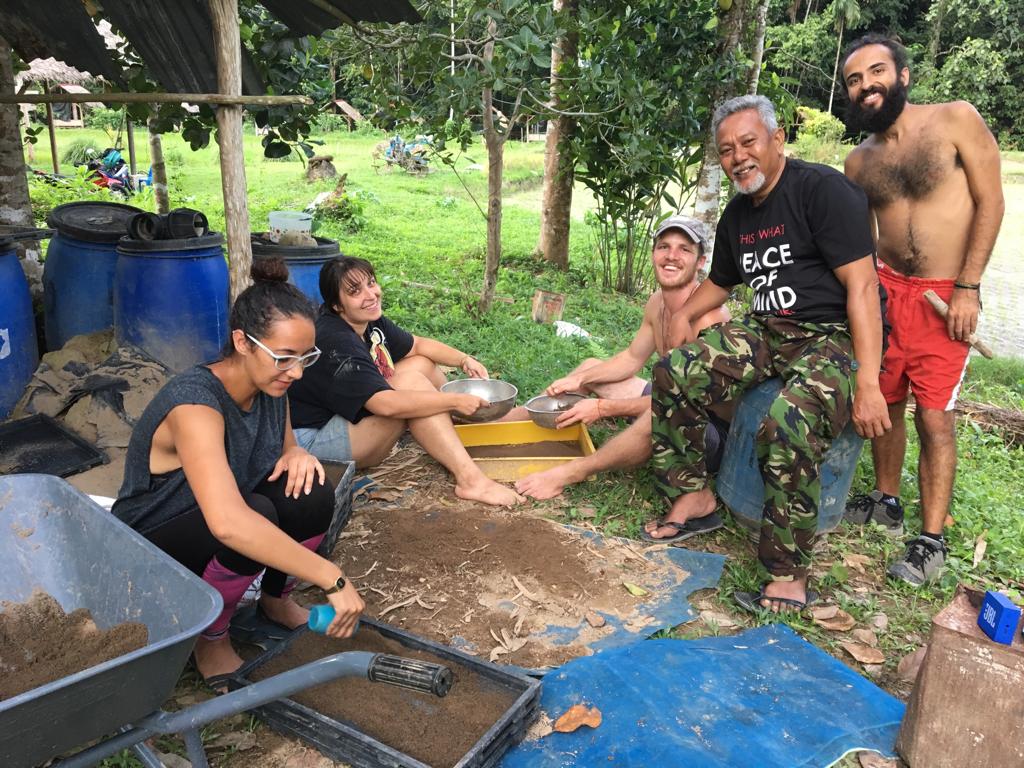 ‘When you do something from your heart, people will follow.’

In Worldwide Lockdowns, Slow Food Acts to Support and Inspire

The current outbreak of the coronavirus #COVID19 has disrupted the lives of almost every country in the world. With Europe currently being an epicenter of the pandemic, many countries are under lockdown, with people confined to their homes, schools, and workplaces closed, and only essential businesses still operating.  As Slow Food, we want to send …

The sense of community, mutual help, attention to the most vulnerable groups or to those who are working for the good of society as a whole, starting with hospital workers, are the feelings emerging most in these weeks of health, economic and social crisis. As Italy was the first country to be hit by COVID-19 …

Today the battle to defend biodiversity has become crucial, because it is the battle to preserve the survival of the entire planet, as well as humanity itself: what we are facing today is the irreparable loss of entire ecosystems, a global climate crisis that threatens us all and the development of infectious diseases with devastating …

Currently, around one in five people across the globe are under lockdowns. While countries are putting all efforts to win the battle against COVID-19, the only way we can help to alleviate this crisis is to continue staying in self-isolation.  A prospect of another weekend at home without meeting friends or visiting your family might …

Whether you are holed up in town or country during this period of social distancing, the glory days of stockpiling will soon give way to the boredom of being stuck with diminishing supplies and mundane ingredients. I don’t know about you, but I am not so sure I can look at another image of empty …

RESILIENCE IN THESE FROZEN DAYS

In these frozen days, we hear the word “resilience” being used a lot. It’s normally used in the fields of ecology and biology, where it indicates the capacity of a material to repair itself after being damaged, or of a community or ecosystem to return to its initial state after being disturbed. After inflicting so …