Archive » The Vocabulary of Diversity

«The diversity of livestock and crop variety can be considered a dictionary of sorts, thanks to which it is possible to adequately answer the needs of the great diversity of territories…». Wendell Berry

Today we launch a column dedicated to animal biodiversity on this website. One of the good consumption practices that we have always highlighted in our articles and the Slow Meat campaign is to diversify the animal species and breeds that you choose, favoring indigenous breeds.

You can now find a downloadable booklet Animal Biodiversity, which briefly traces humans’ relationship with animals from ancient history until today. Dogs were the first animals to be domesticated around 15,000 years ago; followed by sheep and goats, due to their size and frugal nature, and finally cattle. Only few species possessed all the characteristics useful for humans in fact out of over 50,000 known wild animal species, only 40 were domesticated, with only 18 of these being mammals. Thousands of different breeds originated from these 40 species, thanks to their adaptability to different environmental conditions and man-made selection, which has always been aimed at developing the most useful characteristics through specific cross-breeding.

Animal breeds are identified on the basis of physical characteristics (size, color of fur or plumage, shape of the head, limbs, horns and tail) and abilities (productivity, in terms of eggs, milk and meat, resistance to cold temperatures, ability to graze in difficult pastures, prolificity, etc.) that adults transmit to their offspring. Breeds are defined as native or local when their characteristics are tied to the climate, geographical and social-economic condition of the area in which they have developed or adapted to over time.

The relationship between humans and animals has been deeply changed by the industrialization of farming, which involves a limited number of high-yield breeds -about 30 in total. This is what the booklet aims to inform on, focusing attention on the ‘big five’: the five most farmed species around the world. For instance, there are currently 1,3 billion cattle on the planet, one for every five humans: 32% are farmed in Asia and 28% in Latin America (Brazil has the highest number of cattle in the world). Out of the 10 main cattle breeds, eight are European and have been exported worldwide. The most commonly farmed breed is the Holstein-Friesian, present in 128 countries and a perfect example to demonstrate how excessive selection can increase the fragility of animals. Friesian cattle were privileged over other breeds, as the unrelenting genetic selection carried out over the years made them able to produce up to 60 liters of milk a day, transforming them into machines forced to live in closed environments, fed with corn and soy-based high protein feed. It is a breed that grows as fast as it ‘burns out’: after three or four births they are no longer able to supply good milk yields and are sent to slaughter, while a traditional cow breed can live up to 20 or 25 years.

The progressive disappearance of traditional breeds has been one of the many effects of industrialization. Currently 7600 animal breeds are used for food. According to the FAO, 20% of these are at risk of extinction, but these figures may actually be much worse. Europe, along with North America, has one of the highest levels of animal biodiversity depletion: half of the breeds that existed at the beginning of the 20th century are now extinct, and a third of the remaining 770 risk disappearing within the next 20 years. 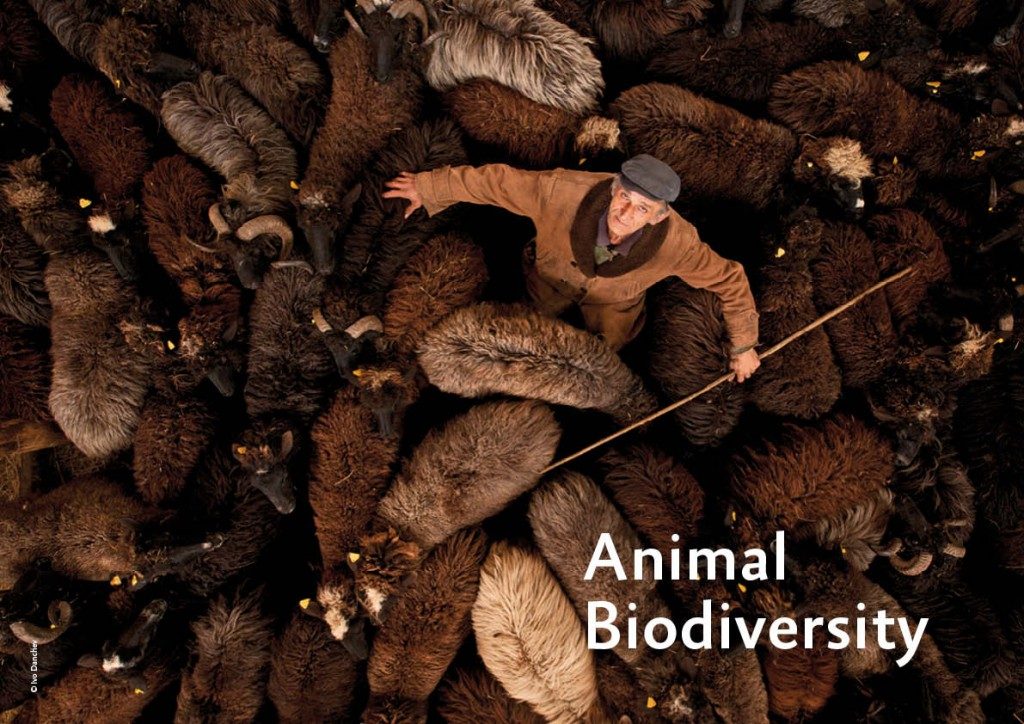 Protecting traditional breeds is particularly important for many reasons:

We can protect breeds, also through our food choices.
Download the booklet Animal Biodiversity and remember, armed with knowledge, we can all make a difference!