Archive » The story of Coffee in India

The story of the coffee in India began in 1670, thanks to a Sufi named Bada Budan who was responsible for bringing it to the country.

Two hundred years after that, and with the intervention of British entrepreneurs, coffee was already becoming an important and commercial crop, planted in more than 40 estates, including the Nilgiris Biosphere. 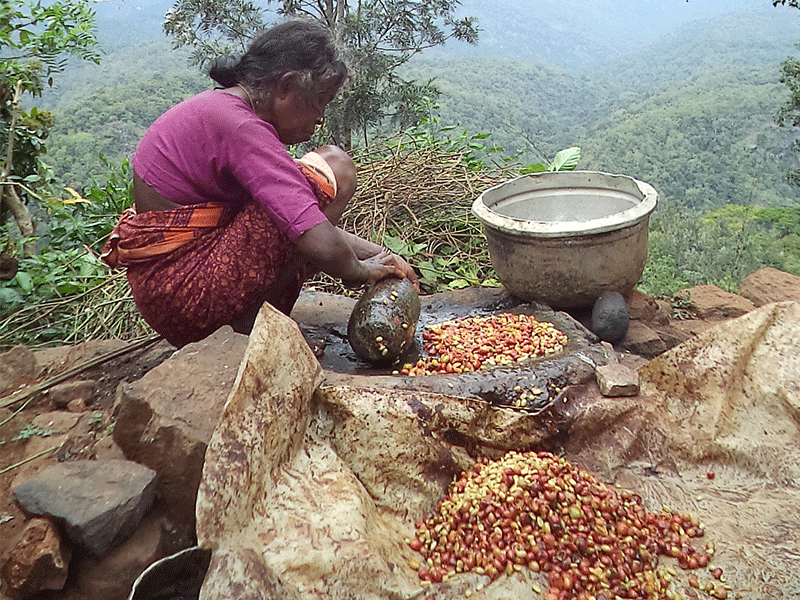 This evolution led to the creation of The Coffee Board, an organization in charge of facilitating research, marketing, and distribution of coffee plants to the indigenous communities of the district. For a farmer, a day starts with a dark roasted coffee concoction mixed with jaggery. 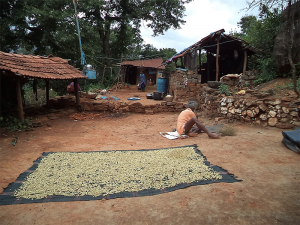 Robusta and Arabica are the two types of coffee cultivated by farmers in The Nilgiris district. The coffee plantations grow at an elevation of 3500ft above sea level.

They are shade-grown and are intercropped with various crops like Silver Oak, Mango, Jackfruit, Millets, and Spices. The indigenous communities use traditional agricultural practices to grow and harvest coffee.

Bio-Organic inputs such as Panchakaaviya and Poochiverati, a concoction made by themselves are used in coffee cultivation. The producers use leaf litter as manure.

The harvest which is usually between November and March has seen a huge change recently due to varied rainfall, and it’s quite often hindered by Wild Boars and Elephants. Monkeys are also a huge problem for the villagers. The harvest is done usually by the family members who carefully strip the cherries which are then sorted and pulped manually. 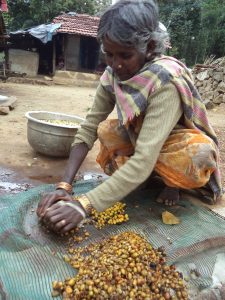 Pulping in a few villages has been made easy by the coffee board by providing machines to help with the process. There is also a provision at the Production Units of Aadhimalai where the community can use the pulping machine and the drying yard. The Coffee parchment is then dried on the rooftops and in the front yards of their houses and is roasted manually as need be.


The rest of the coffee is then sold to Aadhimalai which is an indigenous community-owned Producer Company. The community farmers sell coffee in every possible form, be it Coffee Parchment, Cherries, Dried Cherries, or Green Beans. The average yield of Coffee in the community-owned farms would come to around 35 tons. A premium price is paid to the producers. The coffee has a certification PGS (Participatory Guarantee System).
The Keystone Foundation plays a big role in facilitating the PGS certification which is a peer review system. The coffee at Aadhimalai is then marketed through Last Forest Enterprises as Roasted Beans and Coffee Powder. However, most of the coffee is sold as parchment to other dealers.
These processes have enabled the farmer to get the best price in the market.