In the Ark of Taste exists a product called Ajara, which carries potent benefits and is very nutritious. It is an underutilized crop that grows wild in Bolivia, that also represents the identity and heritage of the indigenous people in the region. An ingredient worth protecting that now has its own defender making sure it’s not forgotten by the community.

Lizet Bautista Patzi defines herself as an indigenous woman, cook, and member of the Aymara, a population who lives mainly in the vicinity of Lake Titicaca, located between Peru, Bolivia, northern Chile, and northeastern Argentina. 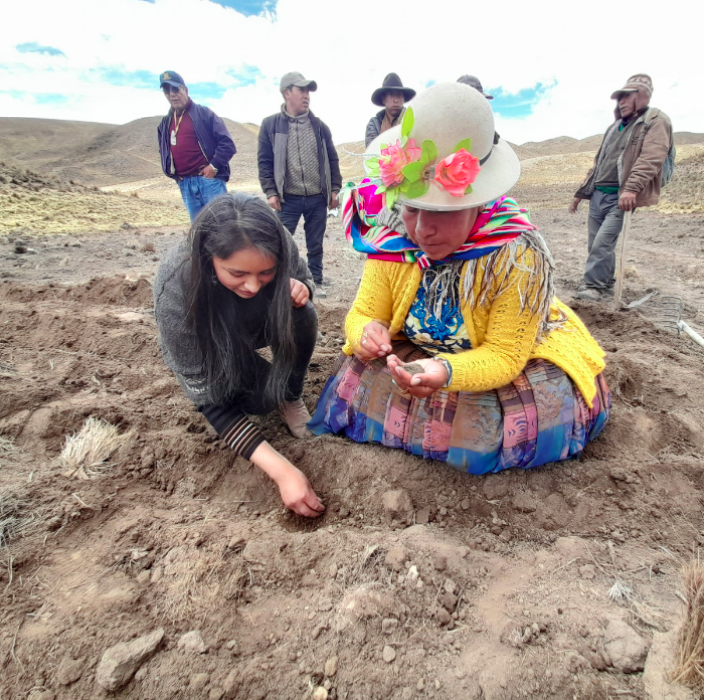 After participating in ITM Pueblos de América 2020 in Mexico, Lizet increased her activism in the Slow Food network by participating in different training programs and activities to promote and defend her food heritage. In 2021, she was selected to participate in the Escuela Global de Liderazgo de Mujeres Indígenas organized by the International Forum of Indigenous Women (FIMI).

Through this path, Lizet improved her knowledge related to the rights of indigenous peoples and women, acquired advocacy tools at the international level, and developed her own community project named “Semillas de Vida” which was selected and funded by FIMI.

Her project is centered on the protection and valorization of the Ajara, an endangered product of the community. Lizet works to raise awareness among farmers and women producers regarding the introduction of modified seeds, synthetic products, food security, and sovereignty. 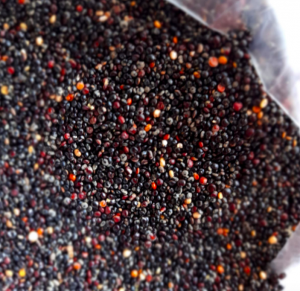 Ajara is an annual herbaceous plant of 30 -100 centimeters, rich in fiber and with a low glycemic index but at the same time helps give an energy boost. It is a pseudocereal that can be stored for preservation, therefore it can be consumed all year round, thus ensuring food sustainability in the regions where it is cultivated.

It is traditionally consumed in pito (pulverized Ajara mixed with water), and its tender leaves are also used in salads and soups. The washed and ground grains can be used in recipes such as “kispiña Negra” (Andean cookie in Aymara). One of the traditional dishes of the people of the Plateau, in the rainy and winter seasons, is Lawa de Ajara, which, in addition to nourishing, also helps to warm up from the cold days.

The community has shared this information with the Slow Food movement in an effort to protect this plant and the knowledge around it. However, this heritage must be safeguarded and protected from large commercial interests that could replicate systems that are not very virtuous for communities, as happened with quinoa and other superfoods discovered by the West. In fact, the community is gearing up, and Lizet’s first step was to create awareness about the importance of this plant and its protection by the community. 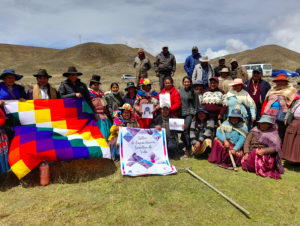 Thanks to Lizet, a young Aymara woman and a cook, today the Ajara is part of Slow Food’s Ark of Taste, a project that is committed to identifying endangered products and creating the right conditions to protect and safeguard them. And she has started a ripple effect: a Slow Food Community has been founded to defend this product and to spread the principles and philosophy of the Slow Food movement and the Network of Indigenous Peoples to other nearby communities.