Archive » The Power of Pulses

The Food and Agriculture Organization of the United Nations has declared 2016 the year of pulses! These dry grain crops, which include beans, lentils and chickpeas, are important to the food security of communities around the world and have the added effect of fixing nitrogen in the soil, contributing to soil fertility. This month, we take a look at just a few of the international, protein-packed pulses that have boarded Slow Food’s Ark of Taste!

The Kollumer Sweet Gray pea is an ancient regional variety which had been almost completely forgotten by the 1960s. Just six peas were originally saved, which formed the basis of the limited production that exists today in Friesland, in the northern Netherlands.

The name ka nub is often translated as “giant jungle bean.” They are often hung in homes not only to dry, but also as decoration. Besides their culinary use, ka nub was historically also used as a detergent for washing clothes and bathing.

This dried, toasted bean has a flavor similar to cocoa. Historically, it was ground into a powder that was used to make a drink with a chocolaty flavor. 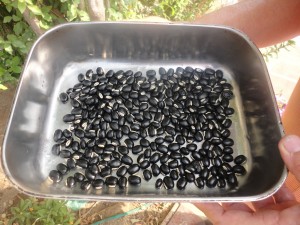 Umwizarahenda is a dark red bean cultivated in northern Rwanda. Often, these beans are presented to a newlywed bride by her mother-in-law during the Gutekesha ceremony.

Black lentils, or kara mercimek, are cultivated on dry land and wastelands in Kazımkarabekir Province. Although they have dark husks, the lentils have a reddish color inside. This variety, with its high protein and iron content, is most often cooked in soups.

Carlin peas get their name because they were traditionally eaten on Carlin Sunday during Lent in the Christian calendar, but they are also a popular Lancashire dish served on Bonfire Night (November 5). 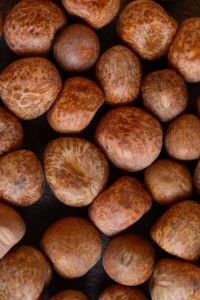 Guandú beans were likely brought to the American continent in the 17th century, via the slave trade. These beans can be green, black or speckled – it is said that the black ones are the most flavorful, while the green ones are best used in soups.

The area of production is made up of small “planèzes” (basalt flatlands found in only two French valleys). The peas are not floury and have a sweet flavor that is reminiscent of hazelnuts.  One traditional recipe for these peas involves cooking them with pigs’ feet for 7-8 hours in the communal ovens used for making the town’s bread. 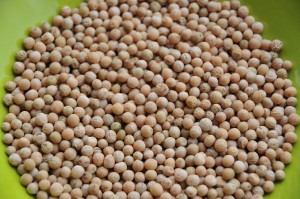 The Tepary bean has evolved according to the dry conditions of the North American southwest; it is drought-resistant and able to mature on a single irrigation or thunderstorm downpour. The Hopi Indians use Tepary beans to break a traditional fast by burying the beans under hot sand and cooking them with salt water.

When the town of Fraturra was rebuilt in 1941 following an earthquake in 1915, inhabitants used the areas of their old homes as farms and gardens to cultivate Frattura White beans. Each October, a harvest festival called the Pupazza features a large paper doll made from the reeds that support the climbing beans growing in the town’s gardens.