Archive » The Milpa System in Chiapas: A Bastion of Biodiversity

Mexico’s first agroecology congress will be held between May 12 and 17 in San Cristobal de Las Casas, Chiapas. To mark the occasion, Slow Food will officially be welcoming the milpa system into the network of Presidia.

A complex Mesoamerican intercropping method, the milpa is a sustainable agricultural system that can combat the loss of biodiversity in rural areas thanks to the rich variety it incorporates. The most common crops, and the most representative of the local diet in the Mexican region of Chiapas, are corn, beans and squash, which coexist and form symbiotic relationships with each other and other plants like tomatoes, chili peppers, quelites (wild herbs), fruit trees and dozens of other vegetables, as well as fungi and insects who find their ideal habitat in the milpa. 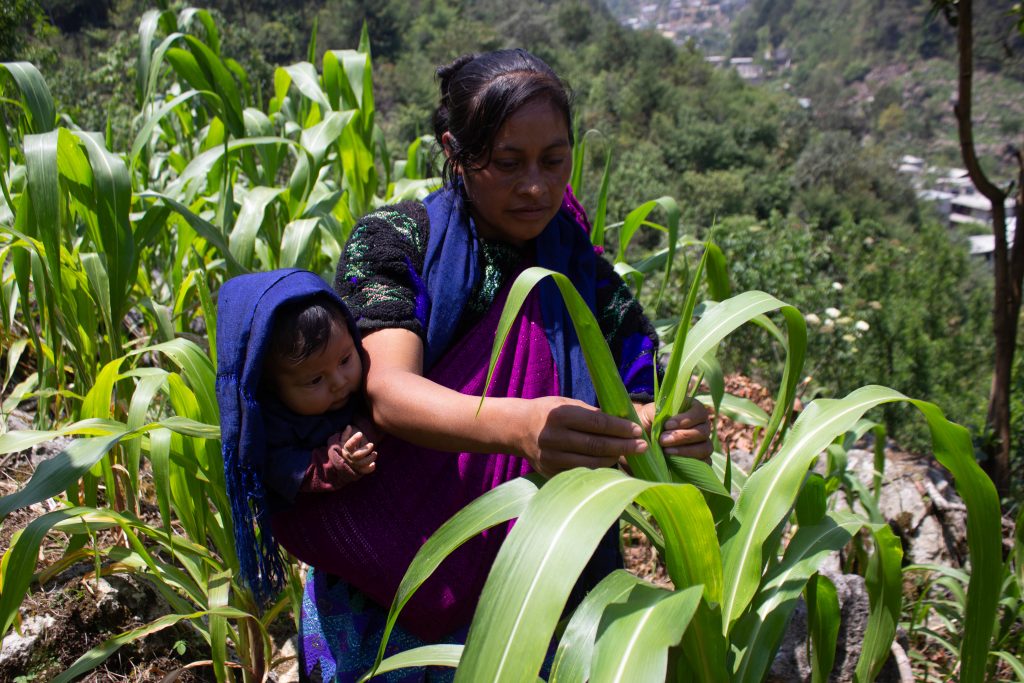 The milpa has long been—and continues to be—a key element to ensuring food security for many indigenous and rural populations.

As they cultivate the milpa, the Chiapas women protect and pass on their knowledge, strengthening their cultural identity, preserving the fertility of the soil and providing their families with fresh, nutritious, local food. This means a lower consumption of industrially processed foods and the protection of local agricultural biodiversity.

The Presidium, established as part of the “Slow Yucatán and Chiapas” project funded by the W.K. Kellogg Foundation, involves five municipalities in the central block of Chiapas. These municipalities are home to the 19 producers of the Mujeres y Maíz group, the 21 producers of the Artesanas de Tostadas de Maíz in Chiapas cooperative and the 33 producers of the Grupo de Acción Local de Mujeres de Mitontic. The Presidium’s aim is to increase the availability of locally and agroecologically grown corn in order to strengthen the production chain for tostadas (toasted corn tortillas), making the role and knowledge of the women visible and creating awareness in society about the importance of supporting their work. 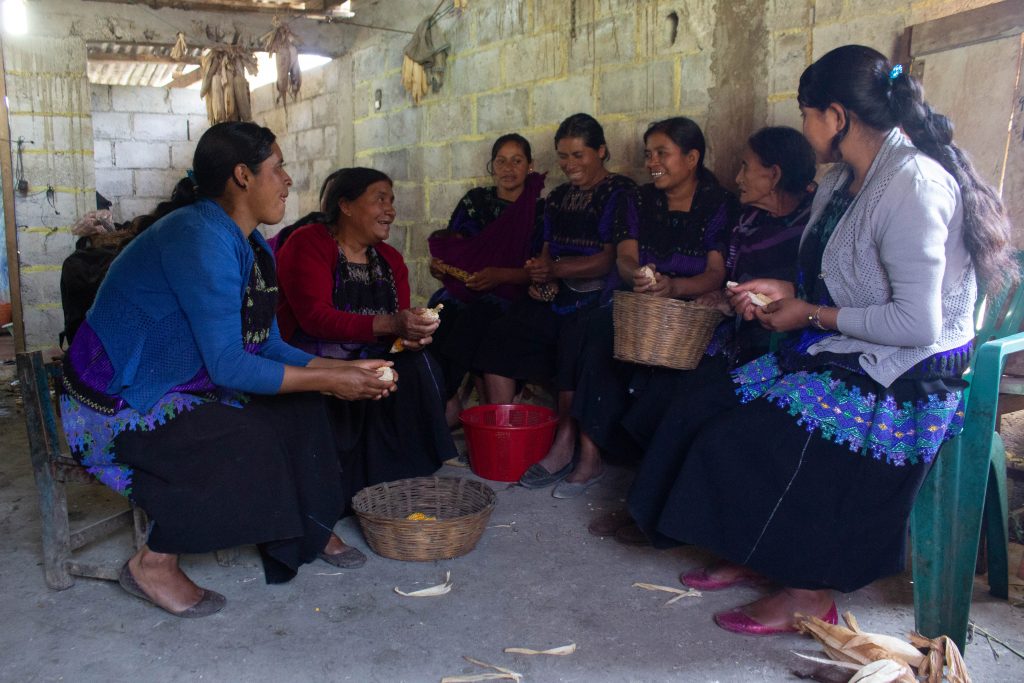 The Presidium for the milpa system is deeply rooted in the history, culture and work of the Chiapas women. “It’s the women who are at the heart of this food system here,” says Slow Food coordinator Yolotzin Bravo. “For the communities it means revaluing their food and their knowledge, while for the women specifically the recognition of the importance of this process strengthens their voice and their decision-making power. The Presidium promotes organization and cohesion among the women and their families, reinforcing their sense of identity.”

In the Mitontic municipality, the Presidium will create a group of “Seed Guardians” and a seed bank to preserve the local corn, thanks to a collaboration with the organization Clan Sur (Ciserp, Cofemo and Idesmac), which for the last six years has been running training on the conservation, processing and promotion of the indigenous corn among the women. A “House of Corn” is also being constructed, which will be used for meetings, training and storing seeds. 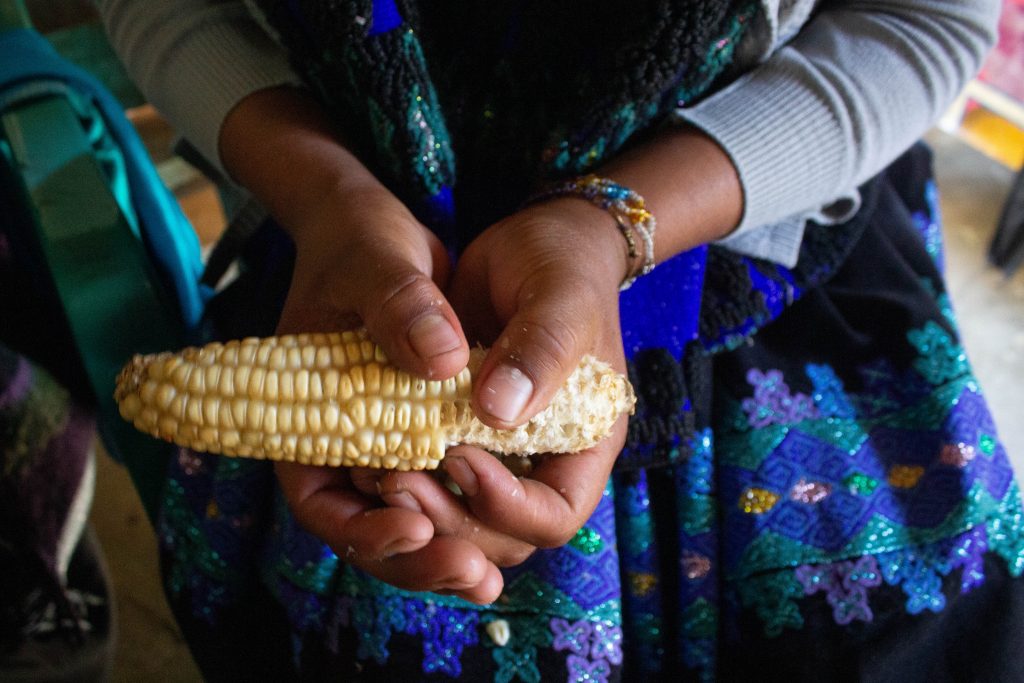 “For the House of Corn, we are planning a versatile architectural design so it can be used for many different purposes and activities, both inside and outside the building,” says Yaneli Cruz Guillén of Clan Sur. “The construction will use a technique called bajaraque, in which a structure made from branches is covered in a mixture of local clay, sand, horse manure and linseed oil. The design includes a kitchen with a low-energy-consumption stove for use by anyone living in the building, and an area that will be used for storing the corn. The building will also have a common room to be used for meetings, training courses, workshops and more.”

Another of the Presidium’s objectives is to strengthen the production of toasted corn tortillas, known as tostadas, increasing the output, improving and standardizing the production process and finding new markets for the product. “Corn tostadas are one of the many traditional food products made in Chiapas using the native corn that has been cultivated here for generations,” says Blanca Diaz of Ecosur. “added: “It will help recognize the work of the women, long invisible, and project it from a local scale to a global one. With their work, the women contribute to forging relationships between the city and the countryside, essential to regional economic sustainability”.