Archive » The Herbicide that is Dividing Europe 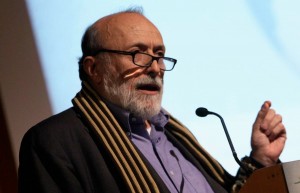 In 1962 a book was published in the USA entitled Silent Spring. To write it, author Rachel Carson spent four years exploring the impacts of the use of pesticides in agriculture on the environment and human wealth, and it is still a seminal work for the environmental movement. One of those pesticides was DDT, produced by the St. Louis-based corporation Monsanto and used to fight the anopheles mosquito, the genus responsible for spreading malaria.

At first it was thought that DDT would have no consequences for human health; indeed, in 1948 its inventor, the Swiss chemist Paul Hermann Müller, was awarded the Nobel Prize for Physiology and Medicine. That the product was eventually banned in the United States ten years later was partly thanks to the book written by Carson, who had the courage to assert her opinions, despite a savage campaign conducted against her by the chemical industry, led by Monsanto, Velsicol and American Cyanamid, and backed by the US Department of Agriculture.

That episode is still topical today. Names—though not all of them—may change but, like a needle stuck in a groove on an old LP, history does have the knack of repeating itself. Monsanto no longer produces DDT, nor PCBs (polychlorobiphenyls), which were also first approved, then banned. But since 1974, its flagship product has been glyphosate, the world’s most effective, bestselling herbicide, marketed under the name of Roundup. Roundup’s sales are progressing at the same rate as those of Roundup Ready genetically-modified seeds, specially designed to tolerate the herbicide itself. An investigative report by the weekly magazine Die Zeit has revealed that as many as 80 products containing glyphosate have appeared on the German market alone since Monsanto’s production patent expired, and in Italy too glyphosate is one of the top-selling plant protection products.

As happened with DDT in the past, a fierce debate is now raging on the harmlessness or otherwise of the substance, traces of which have been detected in fruit and vegetables, in cereal-based products, and in GM corn and soybeans used as animal feed. Last March IARC, the International Agency for Research on Cancer, classified glyphosate as “probably carcinogenic.” Two totally opposite opinions followed swiftly after: while the Federal Institute of Risk Assessment in Germany (BfR) judged glyphosate to be “non carcinogenic,” the European Food Safety Authority (EFSA) deemed it “unlikely to pose a carcinogenic hazard to humans.” To formulate their opinions, both drew liberally on unpublished studies commissioned by phytosanitary producers themselves.

Over the next few days the European Commission will decide whether to renew or revoke its authorization of the use of glyphosate across the European countryside. To do so it, it will have to collate two completely different approaches: on the one hand, that of the corporations, which argue that glyphosate has boosted harvests, ensures food for the world and saves human lives from hunger; on the other, that of civil society which pleads the cause of a ban on glyphosate and the need for agriculture to free itself from harmful substances as far as possible (which is why WeMove.EU has launched a major mobilization campaign—Stop Glyphosate—with the adhesion of Slow Food among others).

There’s no room for compromise. We have to decide whether the future of food is to be in the hands of the chemical industry with its promises to feed the planet—which, judging from the hundreds of thousands of tons of glyphosate sold every year, is a guise for evident economic interests—or of a policy that has the health of consumers and environmental welfare at heart.

The problem of world food security isn’t a matter of low agricultural yields but of too much waste and trouble in accessing food. It’s a political problem. It’s a social problem. And it’s a problem that glyphosate will only help to exacerbate.