Archive » The Great Caribbean: a paradise to look after

The Greater Caribbean is made up of a group of islands and coastal areas of Central American countries, Mexico, Venezuela and Colombia.

The name Caribbean derives from the name of the original inhabitants of this area.

“The islands were a world dominated by Arawaks and Caribs, people who had arrived from the depths of the south at different times to settle on the larger islands, while the Carib warriors fought on the smaller islands of the eastern arch. They excelled in fishing and agriculture, they were excellent navigators and warriors”[1].

It is also characterised by the fact that it belongs to the sea that borders it.

It is a territory that has extremely high ecological, socio-historical and cultural diversity. This diversity is expressed, for example, through the composition of Anglophone, Francophone and Hispanic languages that exist in the region, in addition to other native languages.The Cuban writer Alejo Carpentier constructs the figure of the Real Maravilloso in his literary work, inspired by the Greater Caribbean, in which he redefines the exuberance and complexity of this side of the planet. Favoured by an extraordinary artistic-cultural creation, the identity of the Caribbean population is closely linked to its natural landscapes from which it builds its distinguished gastronomy, its music, its dance and its literature. 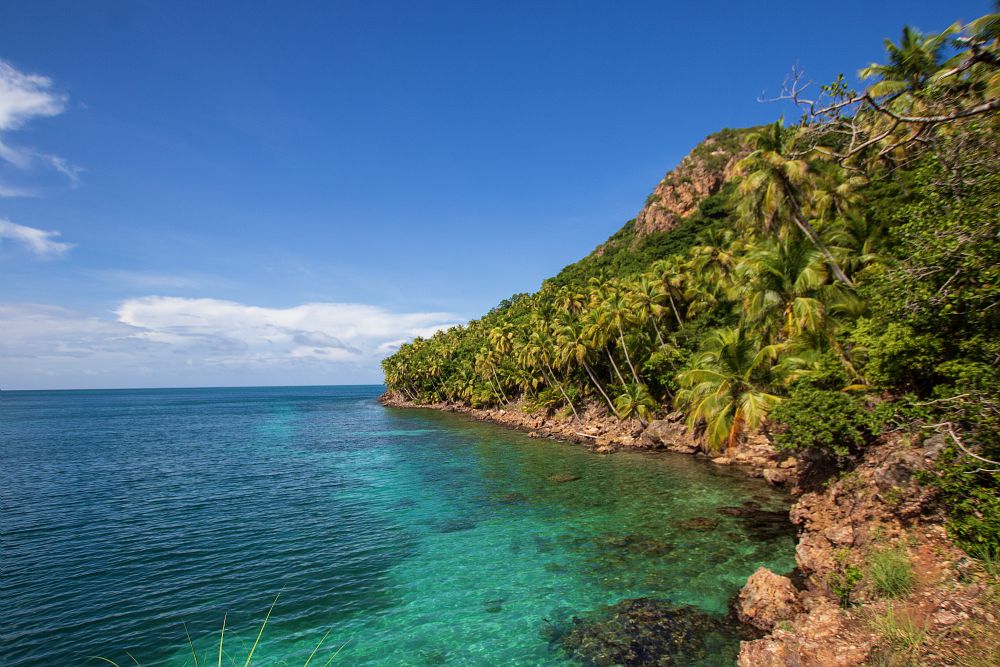 The natural and cultural richness of the Greater Caribbean have transformed it, in recent years, into an “exquisite” destination for tourists from North America and Europe, becoming a “global entertainment centre” due to its comparative advantages with Asian destinations or the Greek islands, for example, in terms of cost and security. This development has had serious ecological impacts and negative consequences for the local economies, due to the destruction of ecosystems and the high concentration of tourist money being spent on large transnational corporations.

It is an area that is subject to hurricanes, due to its climate and the influx of tropical waves which originate in East Africa. A thick native vegetation used to act as a protective barrier against these climatic phenomena, a barrier that in recent decades has disappeared by 50% due to deforestation. It is estimated that between 40 and 50 thousand hectares of forest are lost every year within the Caribbean area.

In the 15th century it was named by the Spanish conquistadors as el Cipango, referring to it as the entrance to the trade route; it was also referred to as the West Indies; the Antilles and, from the mid-20th century, the Caribbean.

A network of coral reefs, rocky and deep-water areas, seagrasses and seagrass meadows, mangrove forests, sandy and muddy beaches and lagoon systems make the Caribbean an area of great natural productivity and scenic beauty that is hard to beat.

The coral reefs are the most outstanding ecosystems, covering an area of 26,000 square kilometres, providing a variety of habitats for aquatic species such as molluscs, crustaceans, fish, algae, etc. Together with the Gulf of Mexico, the coral reef system of the Caribbean Sea accounts for 10% of the world’s coral reefs. Twenty-five percent of coral species are unique to the area.

As for seagrasses and seagrass meadows, they are present in the Caribbean Sea over an area of more than 65,000 square kilometres. 45% of the fish species found there are endemic. Mangrove forests represent an area of 10,429 square kilometres, which act as protective barriers for island and coastal zones and complement the habitat of thousands of Caribbean marine species. 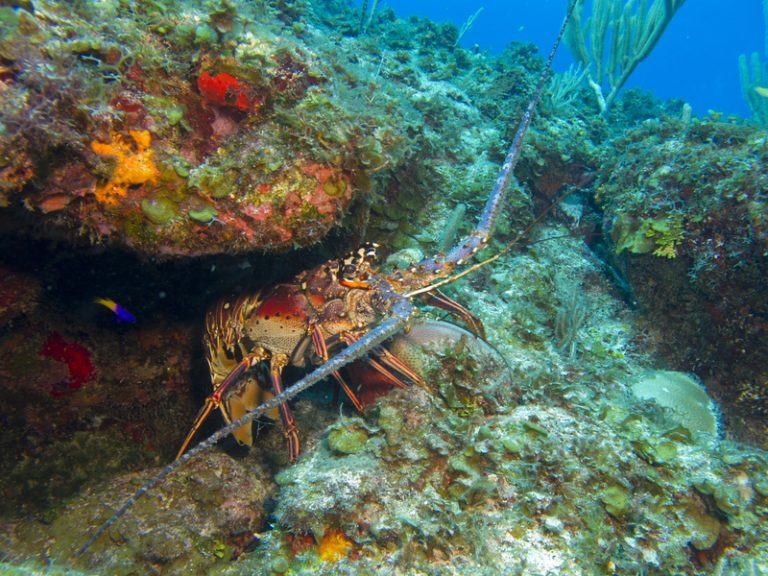 The Caribbean Sea is fed by important freshwater rivers, which discharge mainly from the continental areas of the countries that form part of this region. The most prominent being the Magdalena River in Colombia and the Tocuyo River in Venezuela. Other fresh water sources arrive from rivers that are found in Central American countries such as: Coclé del Norte and Cricamola from Panama; Chamelecón, Ulúa, Aguán, Lean, Tinto, Patuca and Segovia from Honduras; and the Coco, Bocay, Estelí and Jícaro from Nicaragua, among others.

The group of islands also contribute freshwater to the Caribbean ecosystems, such as the Hatiguanico River, which originates in the northern part of the Zapata swamp in Cuba. This river is fundamental for the formation of the Caribbean mangrove forests.

It is also eye opening to know the influences of the waters from the Gulf of Mexico and the Amazon River system which contribute to a greater biodiversity in the area.

Fisheries in this region

Undoubtedly, the most important local economic activities for the Caribbean population, in terms of food sustenance and household incomes, are: fishing, agriculture, small-scale tourism, which depend directly on the conservation and health of the ecosystems.

The species of food and their economic importance in fisheries depend on the diverse ecological units and cultural practices found in the Caribbean.

“In the marine fauna of this territory, 1694 species of 612 genera and 171 families have been recorded, of which 703 are endemic. In the rocky reefs the species found are: groupers, moray eels, snappers, grunts and parrot fish; in the soft bottom habitat electric rays, eels, catfish, stargazers, snapper, croakers, flatfish; and below the surface there are barracudas, jacks, anchovies, flying fish; in areas that are less salty (brackish such as mangrove estuaries) juvenile species and species that do not venture into the marine zone are found”[2]. 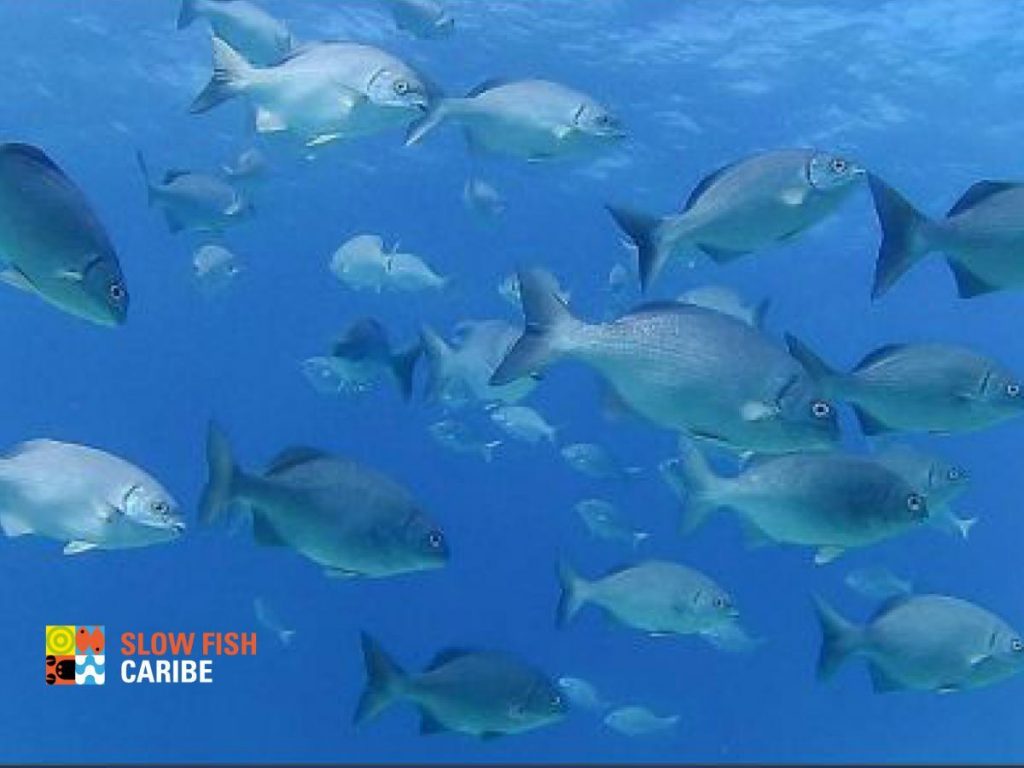 However, it is evident that currently in the Caribbean that the dominant form of tourism which has developed is industrial, which is made up of international corporations, as indicated in previous paragraphs, which have an increasing demand for large quantities of seafood and fish, which exceed the supply and, therefore, the area has become dependent on imports of these products. The population has less and less access to this source of protein, as it is destined for tourists.

Countries such as Jamaica, the Dominican Republic, Barbados and St. Lucia are the largest importers of seafood. The population of El Salvador, for example, consumes 5 kg of fish per person per year, while the world average is 19 kg per person per year, making it the country that has the least access to this protein in this territory.

FAO information from 2019 indicates that around 200,000 families in the coastal areas of the Caribbean are directly and indirectly involved in small and medium-scale fishing activities, but the supply created by this production is mainly consumed by the tourism industry.

Although it has been constantly stressed to the world that in the general public’s opinion the main problem facing the Greater Caribbean is the presence of climatic phenomena due to its geographical position, this statement is fragmented and, therefore, the responses to the impacts of these phenomena by nations, international cooperations and civil society are also fragmented.

Hurricane-force winds and constant droughts and floods are characteristic of the Caribbean, conditions that have an impact on agricultural production, ecosystem conservation, water supply, and the health and security of the population, among other aspects. Even though they are considered natural phenomena that make this territory vulnerable and, therefore, subject to constant risk, it is fundamental to understand that “risk” cannot and should not be approached from a vertical perspective, from a rationality that is disconnected from socio-historical processes, as this reduces, above all, the potential for resilience. Vulnerability is closely correlated with socio-economic position, as the poor generally suffer more from disasters than the rich. In this sense, it is argued that social class can determine vulnerability to natural and anthropogenic events.

The economic development model imposed on the Greater Caribbean, as on other countries of the global south, to meet the demands of international markets, through the agro-industrial production of sugar cane, coffee, bananas, etc., to the growing development of industrial tourism, has a negative impact on the conservation of ecosystems and is the cause of the precarious living conditions of a high percentage of the population.

Therefore, it becomes impossible to understand and act in the face of the great problems of the Caribbean, if it is not done from a socio-ecological perspective and from a common and interdisciplinary vision of cooperation. That is to say, from the analysis and understanding of the complex interrelationships between the biophysical processes of nature and the social processes that at present, indisputably, indivisible and interdependent. And, from the recovery of other sensibilities, to inhabit this territory in a respectful way with all forms of life and recovering a common “we” to build it.

“Our way of being sea, mountain or forest is because we have protective spirits in nature. This conception of what we are, which is nothing more than a spiritual response to the nature that surrounds us, is what makes us “being” and that is what must be preserved. Because if there is something wonderful about humanity, it is diversity. And diversity is, or its origin is, where you live, where you decide to be human”.

In the framework of Terra Madre 2020, the theme of the Greater Caribbean has been addressed in the forum that took place on the 30th of November 2020, involving representatives of communities from México, Curaçao, Colombia, Honduras.

The participants involved have raised reflections on the importance of this territory for the local communities.

The territory of the Greater Caribbean

The contents of this article are the sole responsibility of Slow Food and can in no way be taken to reflect the views of the European Union.