To respect the ban is to ensure the future of an endangered species and the cultures linked to it.

The Black Crab (Gecarcinus ruricola), a Slow Food Presidium since 2014, is a terrestrial crustacean that inhabits the tropical forests of the Archipelago of San Andrés, Providencia, and Santa Catalina, in Colombia.a

The Black Crab is of great importance to the Raizal community (a population descended from African slaves and British sailors), and forms a critical part of the local gastronomic heritage, loved by by the islanders and visitors alike. The crab plays an important role at an economic level, it as an important source of income for Raizal families; at an ecological level, by contributing to the cycle of nutrients, fertility and soil health; on a cultural level,  being a native species and a part of the archipelago’s  natural heritage, and its capture, processing and preparation are all hallmarks of ancestral traditional knowledge.  This species is represented in typical dances and traditional songs and every year the festival of the Black Crab is held on the island of Providencia. 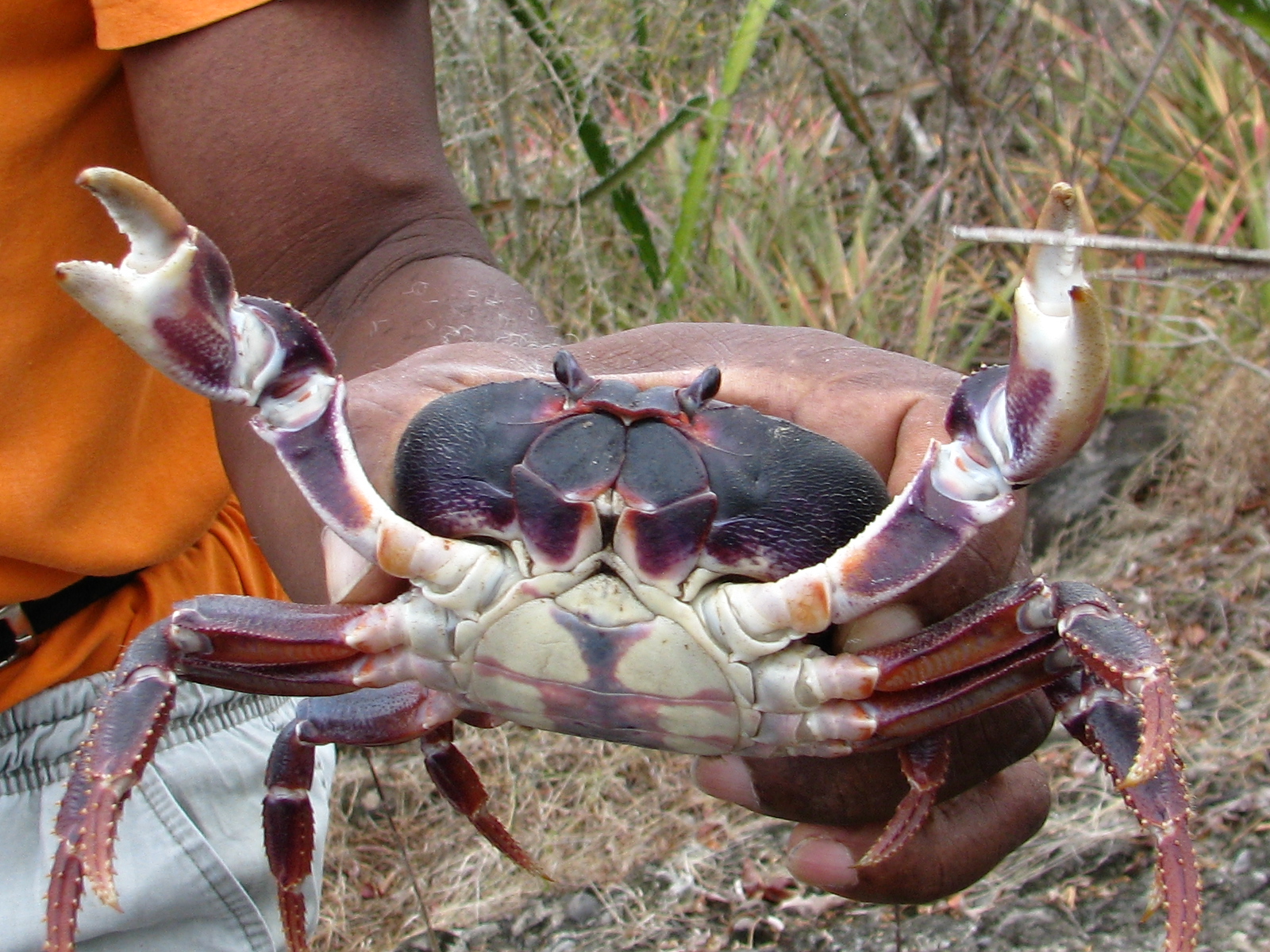 In the last decade, its population has been declining at an alarming rate, especially on the island of San Andrés, because of massive urbanization, the depletion and destruction of the forest, changing marine currents, and irregular and indiscriminate hunting.  For these reasons, it is of great importance to draw attention to the preservation and conservation of the crabs.

To this end, different actions are being implemented involving public, private and local community groups. Since 2005, in order to limit the effects of indiscriminate capture, especially during the breeding season, a closed period, established by Resolution 1132 of the Coralina Corporation, ensures the uninterrupted reproduction of the species from April 1 to July 31 of each year. During the closure sale, processing, storage and hunting of the Black Crab are prohibited. 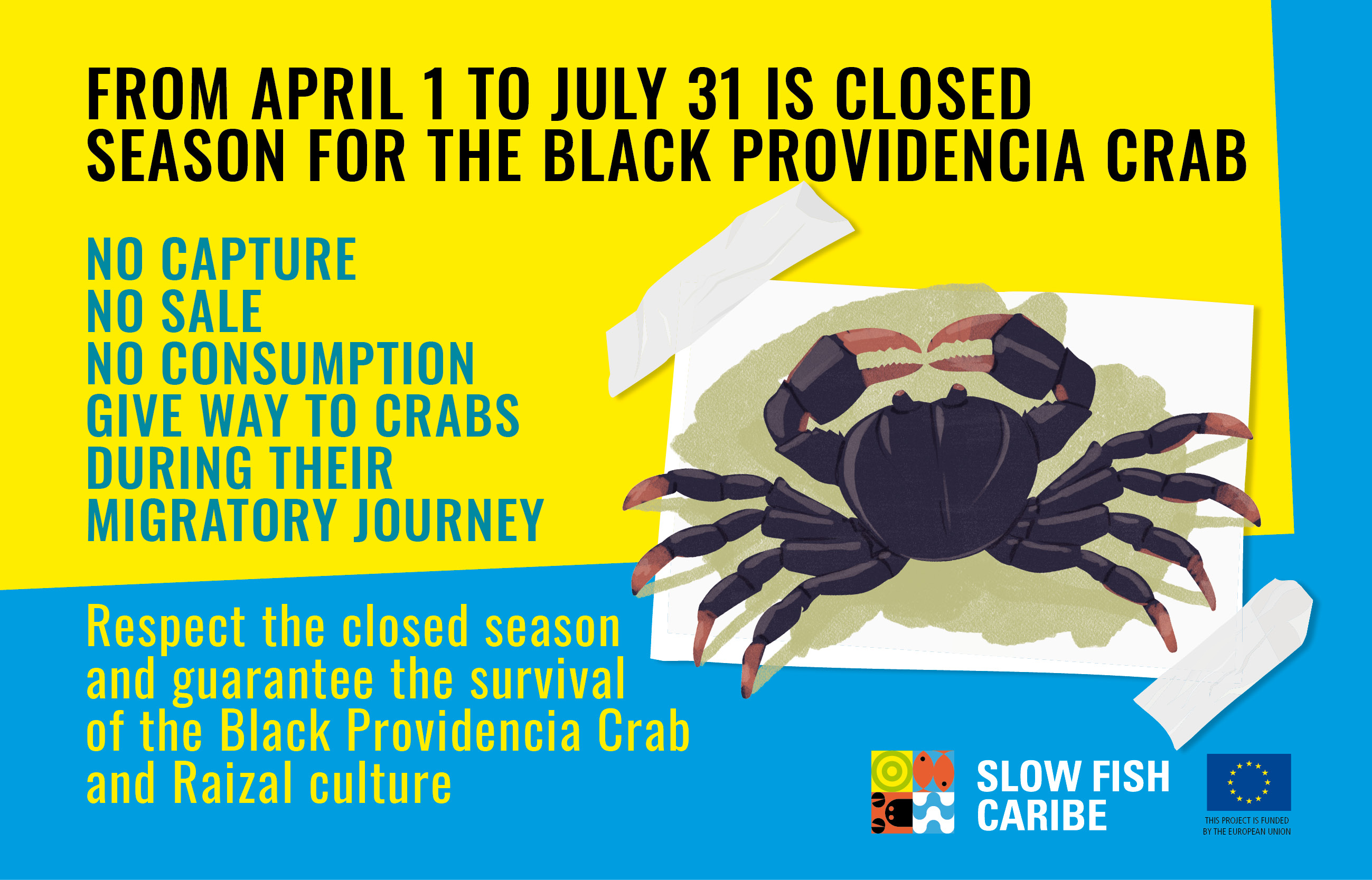 From April to July females migrate from the forest to the sea to spawn. These larvae develop in the sea and when they have grown large enough, they return to the forest.

To respect the ban is to ensure the future of the species and with it an important part of Raizal culture.

Do not capture, process, trade or consume Black Crab at this time, give them the way on roads and on paths so that the females can reach the sea and then be careful of the small crabs returning to the forest. These small actions will guarantee that we can continue to enjoy the Black Crab as a bastion of Raizal culture.