Archive » The Balkans United Through Food and Farming 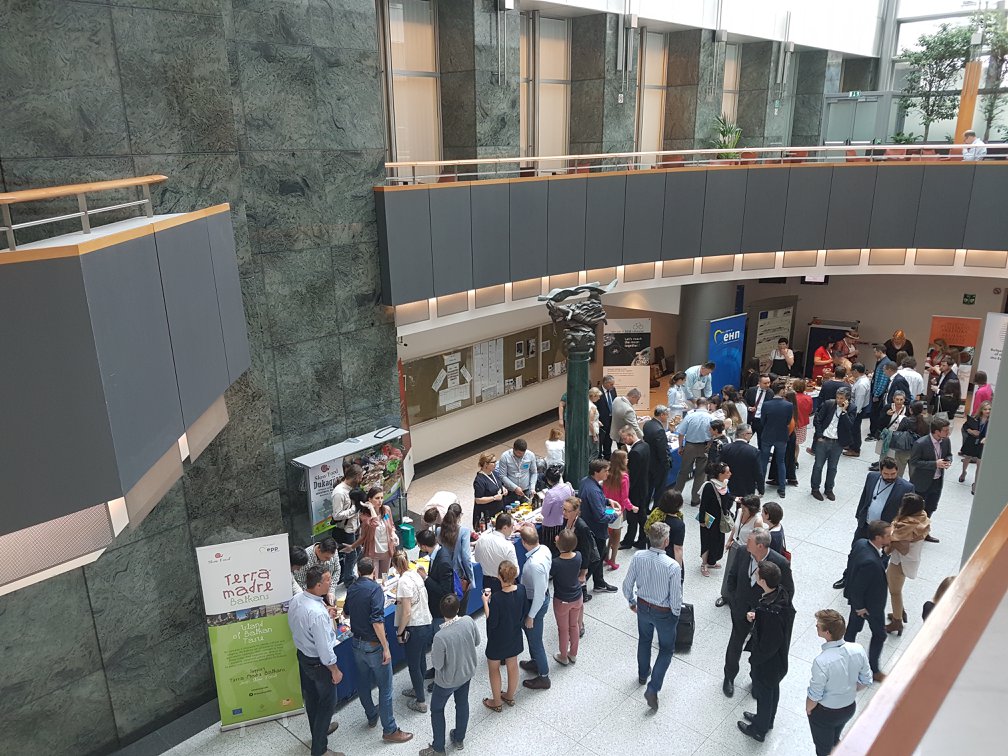 The fifth edition of Terra Madre Balkans has successfully come to a close. Over 100 delegates from Albania, Bosnia and Herzegovina, Bulgaria, Croatia, Kosovo, Montenegro, FYR Macedonia, Romania, and Serbia came together at the European Parliament in Brussels on May 22-23 to represent the diverse potential of the Balkans.

The Terra Madre Balkans network, established in 2010, brings together rural communities, food producers, chefs, activists, youth, and academics from throughout Southeastern Europe. It was established to give a voice to small-scale food producers and rural communities, to support them in upgrading their production from homemade to artisan, advocating for their social and political recognition, and supporting their access to markets. Previous editions of the event took place in Sofia (2010, 2012), Dubrovnik (2014), and Tirana (2016).

Terra Madre Balkans 2018 in Brussels was a great opportunity to bring small-scale farmers and artisan producers face to face with political institutions. Home to the vast majority of small-scale farmers in the EU, the Balkan region is rich with outstanding agricultural practices, biodiversity and food traditions. The event featured a tasting of products from the region at the European Parliament canteen, two conferences and an event hosted by the Slow Food Chef’s Alliance in Belgium, which saw chefs from Brussels and the Balkans cook together in 9 of the best restaurants in the capital. 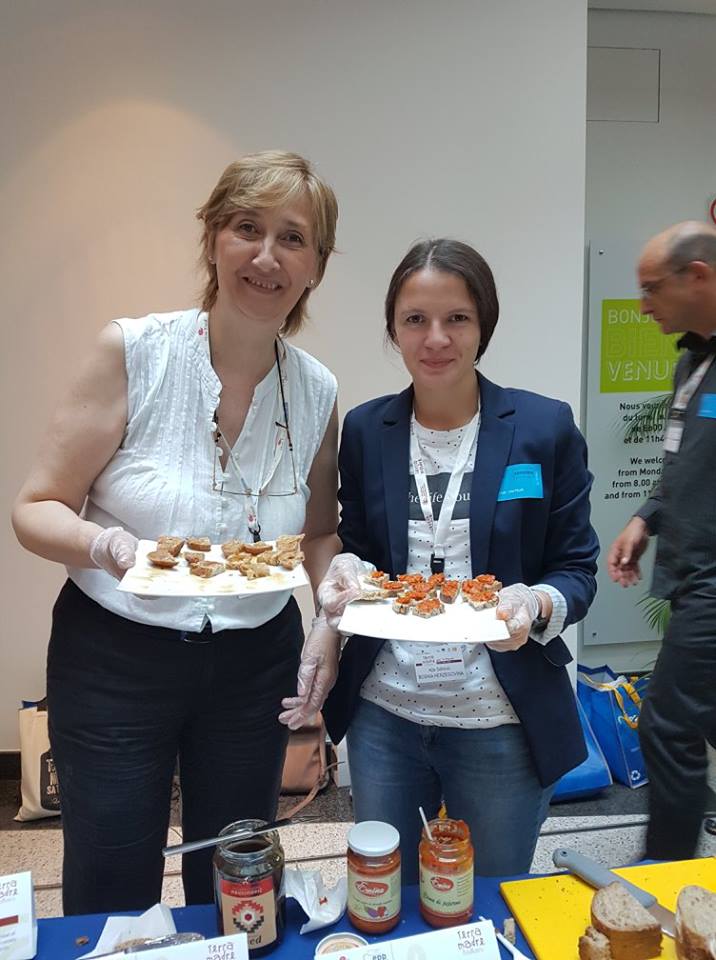 Gordana Radovanovic leader of the Trebinje Hercegovina Convivium in Bosnia and Herzegovina, who presented products from the region at the Parliament tasting, said “We hope that coming here and showing how much biodiversity we have, can send a message. What future do we want for Europe? We want the same biodiversity for our future and the health of future generations. Even in our countries, that are less commercialized countries, where traditions are still strong, we are facing the problem of the loss of biodiversity. Compared to the rest of Europe, the loss is smaller, but all of us here from the Balkans have the same message. Save the food, save the tastes and flavours of our ancestors! This is the future.”

Ellen Frank Lajqi of the Dukagjini Convivium in Kosovo, the first Convivium in the country, also spoke about the importance of preserving biodiversity in the Balkans, “We are at a time in history where we could lose the local food traditions and biodiversity. A lot of changes in the market mean that people promote imported food as the ‘best’ food so we are really trying to promote local products and traditions, which risk being lost in the market. ”

Terra Madre Balkans in Brussels was organized by Slow Food Balkans, together with EPP Members of the European Parliament from Bulgaria, Croatia, and Romania. “The Balkan region has always been a historically difficult region in terms of politics, but in terms of the richness of cultures, people, traditions, it is a very rich region and that is why we should overcome what has divided us on the path of European integration”, said Andrey Kovatchev, MEP for Bulgaria. Slow Food interviewed the MEPs to find out why they believe it is important to bring small-scale farmers face to face with institutions, the videos are available here for MEP Urutchev (Bulgaria), MEP Kovatchev (Bulgaria) and MEP Dubravka Šuica (Croatia). 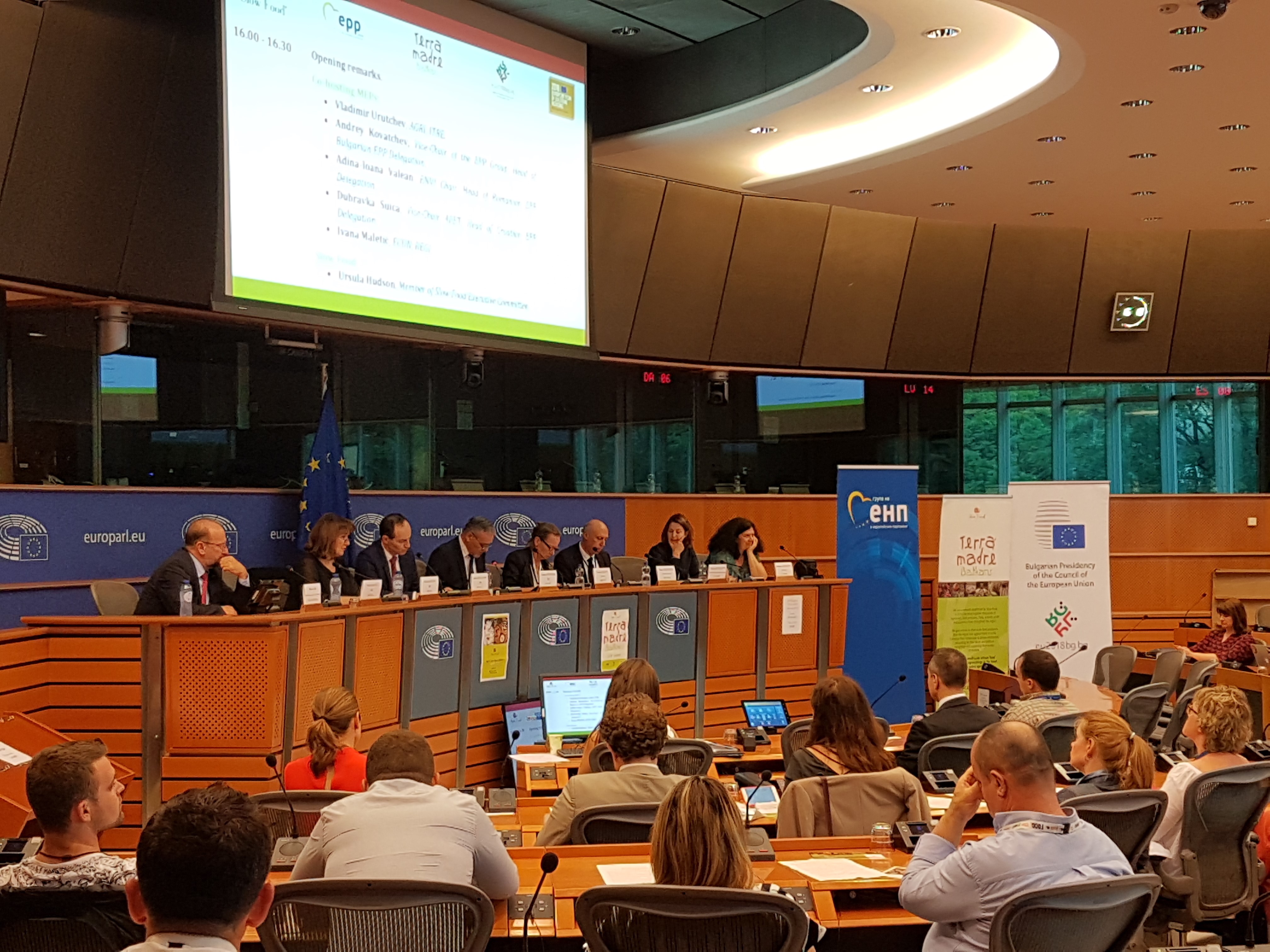 The conferences at Terra Madre Balkans covered issues such as the future of food biodiversity in the Balkans and the potential for sustainable rural development as a driver to EU integration. Participants shared the opinion that the integration of the Western Balkan countries into the EU is a major political goal that will ensure stability and development in the region. The conference conclusions, available here, called for reduced bureaucracy and increased support for marginal and rural areas and young people; more flexible implementation of hygiene rules and EU quality schemes to sustain artisan food producers in their efforts to preserve food diversity; and dedicated funding schemes to map food diversity in the Balkans.

The next edition of Terra Madre Balkans will take place in two years. While the venue is not yet known, it will most certainly involve more fantastic food from the region and many more fruitful discussions and debates on the future of food and farming in the Balkans.