Travelling north from Burkina Faso’s capital, Ouagadougou, towards Ouahigouya, in the province of Passoré, you’ll see growing numbers of Burkinabé women, radiant in colorful dresses, walking along the side of the road. Many are carrying containers full of Arbollé yams, local tubers with a distinctive elongated stick-like shape, on their way to sell them at the market.

One of these women is Dianda Pabebyam, president of the Nabanswendé Association, an association of women that sells the Arbollé Yam, a Slow Food Presidium grown in the seven villages that make up the commune of Arbollé. Dianda has first-hand experience of the problems that the area has been dealing with over the last few years. “Due to the lack of precipitation here and continuing deforestation, our land has been impoverished and many young people have been forced to abandon the village,” she tells us.

Rapahael Ouedraogo, a young producer, explains where the yams come in: “The Arbollé yam variety is smaller than the yams normally found on the market. The attempt in the 1990s to cultivate higher-yielding varieties with the help of chemical products was a failure. Not only did these chemicals prove to be toxic to humans, livestock and the land, but the varieties themselves were not adapted to our sandy-clay soil, nor to the climate change we’re now seeing.”

For these reasons, the Association pour le Développement du Département de Arbollé (ADDA) has been working to promote the local yam and the areas where it is cultivated, organizing the producers and the women who sell it into an association and developing promotional initiatives, like the annual Arbollé Yam Festival in February. When the association got in touch with the Slow Food network in Burkina Faso, along with producers and a researcher from the University of Ouagadougou, the dream of developing a sustainable model to revive the cultivation of this important local tuber became a reality. 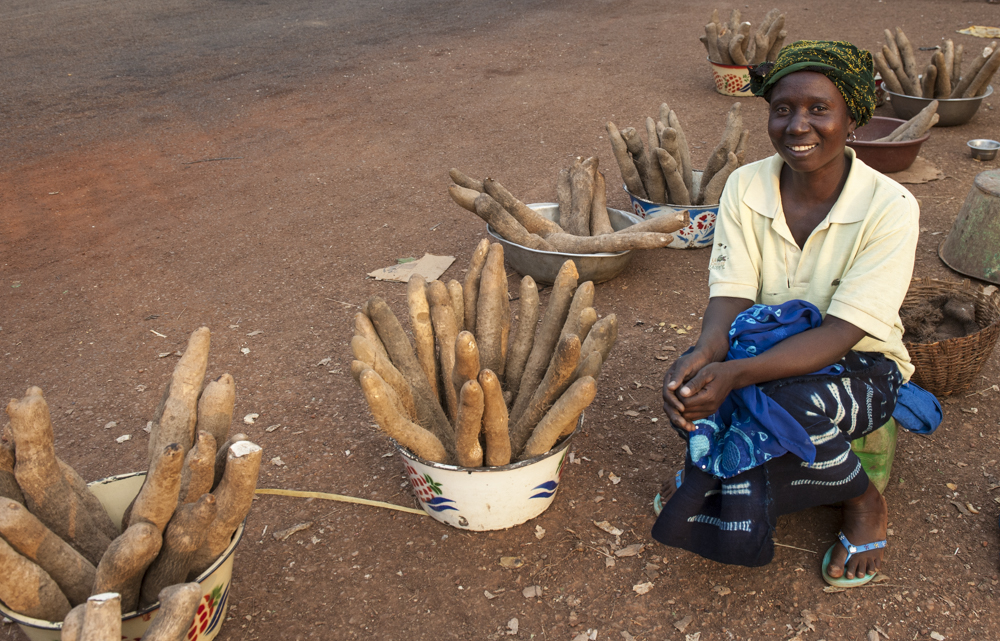 Now the number of Arbollé yam producers in the province has grown from 15 to almost 100, with 35 belonging to the Slow Food Presidium.

Raphael tells us more. “Thanks to the support of Slow Food [through the project funded by Fondazioni per l’Africa – Burkina Faso] and through training, meetings, and participation in many events with its network, my community has succeeded in not abandoning this local crop, which was at risk of being lost. Instead, we have revived the use of organic fertilizer and researched innovative cultivation techniques that have allowed us to grow high-quality yams.”

Dianda explains that women have been fully involved in the initiative, particularly in safeguarding the environment and promoting biodiversity. “We women have worked closely with cooks and other communities of women in the network to add as much value as possible to the yam and to exchange recipes. At the Koudou du Faso gastronomic competition in 2017, we even won a prize in the ‘non-processed products’ category for our Arbollé yam!” she says proudly. The chefs from the Slow Food network in Burkina Faso now use Arbollé yam in many of their dishes in order to give more visibility to the work of the community and the Sahel’s biodiversity.

The Presidium’s coordinator, Theodore Ouedraogo, is as enthusiastic as Dianda about the yam, and explains how the two-year 2018-2019 period will be marked by important training sessions for even more people. “Thanks to the support of Slow Food, over 100 men and 60 women will be trained in the next few months on how to clean plastic waste from the cultivation areas, how to build structures to protect the planted tubers and how to make the most of the yams’ sensory qualities,” he says.

“As a Slow Food Presidium, the Arbollé yam offers a model for production and consumption in a context where climate change is evident, and it symbolizes the resistance of our community,” says Jean Marie Koalga, the national coordinator for Slow Food Burkina Faso and the Slow Food International Councilor for West Africa. “As we adapt to the growing problems affecting the ecosystem in this area, our collective everyday effort for the protection of biodiversity means safeguarding and proudly promoting a product at risk of extinction, not using chemical agents in its cultivation, combatting the dependency on imported foods and developing the local economy and social fabric.”

In this part of the Sahel, where desertification is increasingly common, the effects of climate change are having a heavy impact on the local population.

“Inadequate rains and an erratic distribution of downpours during the year, degradation of the soil, unexpected floods, and constantly rising temperatures, crop shortages, forced deforestation, the lack of grazing land for animals, the increasingly large-scale migration of my people: That’s what climate change means for me,” concludes Dianda. It is up to us to protect this struggling world, starting by changing our habits and looking at what we put on our plates every day.

Farmers are the real climate heroes! Find out what you can do for them in November and support Slow Food in its fight against climate change by making a donation to the Food for Change campaign.