Activism can reveal itself in various ways, without necessarily having to protest physically on the issue. Terra Madre Salone del Gusto will be hosting three activists, Amar Kanwar, Ron Finley and Yann Arthus Bertrand, who define cinematic activism in unique forms, from contemporary art and guerilla gardening to existential journeys through influential visuals of the earth seen from above.

Amar Kanwar is an artist and filmmaker from New Delhi who has documented the impact of land grabbing in India through his multimedia project, The Sovereign Forest. One part of that project, a film entitled The Scene of Crime, will be shown at the Castello di Rivoli throughout the days of Terra Madre Salone del Gusto. 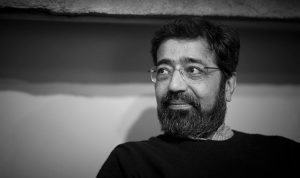 Amar highlights the damage of multinationals buying up once commonly held land, resulting in the loss of biodiversity in the territory. To help mitigate that loss, Amar turned to a local farmer and teacher, Natbar Sarangi, who keeps a collection of rice seeds from over 270 different native varieties, each with its own function and special purpose. By putting this biodiversity directly on display, creating a striking visual impact of what is at stake when land is converted for monoculture agriculture, Amar aims to assist in the “preservation of a knowledge system” that has been built up over hundreds of years and could be wiped out in a frighteningly short space of time. This, the artist says, is a crime. His art is an attempt to collect evidence of that crime. During Terra Madre Salone del Gusto, Kanwar will be participating in the conference Our Relationship with the Earth Through Contemporary Art, showing how art can convey a message of responsibility.

Ron Finley is an artist, designer and guerilla gardener. He grew up in the southern part of Los Angeles, USA. Today, he is committed to educating communities on nutrition through urban gardens. His project has since been turned into a documentary film called Can You Dig This?, by executive producer John Legend. 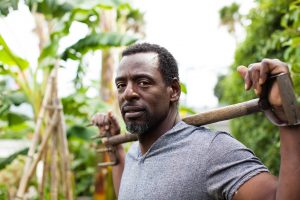 “When you put beauty in a place that has none, that’s a game changer” says Finley who has come to be widely known as the “gangster gardener”. Frustrated by his community’s lack of access to fresh, organic food, Finley inadvertently started a revolution when he turned the parkway in front of his home into an edible garden. When the city cited him for his plantings, Finley started a bureaucratic battle, gathering signatures and working with local officials until the archaic city ordinances were abolished. With so much momentum behind him, he began to focus his energy on The Ron Finley Project, igniting a horticultural revolution worldwide. Finley’s activism shows how planting one small seed can change the world. Finley will be speaking at the Terra Madre conference The Garden Revolution, together with Slow Food vice presidents Alice Waters and Edward Mukiibi.

Yann Arthus-Bertrand is a film director, photographer, journalist and environmental activist from France. He has directed internationally acclaimed documentaries, including Home and Human. The celebrated director will talk through his artistic and existential journey, showcasing some of his most beautiful works at the conference Earth Seen From Above and Through the Faces of Humanity. 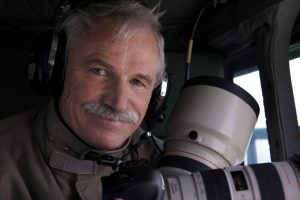 Bertrand’s course of activism extended beyond motion picture when he founded the international environmental organization GoodPlanet Foundation to lead projects that offset greenhouse gas emissions and spread awareness on climate change. He established an agency to specialize in aerial photography, and for over 30 years, Bertrand has been showing mankind’s impact on nature by filming from the air. His determination in environmental activism has earned him the titles Knight of the Legion of Honor and the Officer of the National Order of Merit, awarded by former French President, Nicolas Sarkozy.

For a closer look at these Terra Madre Salone del Gusto Conferences, or to find out about other important personalities speaking at the conferences, be sure to visit the website and reserve your seat now!