The visuals that will characterize the entire communication campaign of Terra Madre Salone del Gusto 2016, which will be held September 22 to 26 in Turin, were presented today.

Terra Madre Salone del Gusto 2016 is now an event open to the public event, no longer concentrated within the Lingotto Fiere pavilions, but spread around the city. Parks, theaters, historical buildings and entire neighborhoods of the city will be involved in the event. 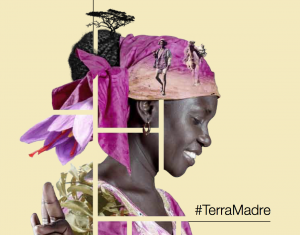 The Italian and international market will be held in Valentino Park, within which the Medieval Village will host educational events for adults and children, while the Terra Madre Forums will take place inside Valentino Castle. The conferences will be held at the Carignano Theater, the Enoteca will be located in the wonderful spaces of the Royal Palace, and the Taste Workshops will take place at various locations, including the Circolo dei Lettori, the Mole Antonelliana (The National Cinema Museum of Torino) and Eataly. Street food and artisan brewers will be found at the Murazzi along the River Po, a newly renovated area. The event program also includes forays into other iconic cultural institutions in Turin: from the Egyptian Museum to the Gallery of Modern Art (GAM), to the Museum of Oriental Art (MAO). Beyond that, there will be some other events outside of the city in the Royal Palace of Venaria Reale, the Castle of Rivoli, the Royal Castle of Racconigi and the Agenzia di Pollenzo. 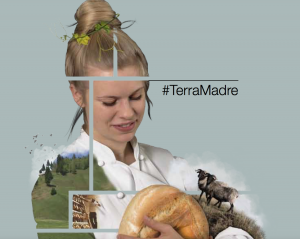 The theme of the event, Loving the Earth, sums up the Slow Food philosophy and the commitment of the association’s network to supporting Slow Food projects, putting particular emphasis on environmental protection and the need for all of us to be all agents of change.

Bodà, a Turin-based communication, architecture and video studio which has long collaborated with Slow Food, is the brainchild behind the visuals that will accompany all the communication of the event. In 2008, Bodà produced the documentary, Terra Madre People, and subsequently participated in the Berlinale with other documentaries on Slow Food Presidia in Africa: Pokot Ash Yogurt in Kenya, Harenna Forest Wild Coffee in Ethiopia and Fadiouth Island Salted Millet Couscous in Senegal. In 2015 they won the Europeana contest with the film, Seeds, which features the Italian Slow Food Presidia for the Lucca Red Bean and the Alcamo Purceddu Melon. 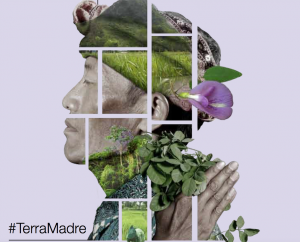 Roberto Burdese, member of the Slow Food International Executive Committee, said: “The collaboration with Bodà has been an exchange of experience, filled with mutual understanding. Their graphics are in coherence with our philosophy and show the highest attention to detail. The visuals that will accompany the event are single figures but are composed of different, heterogeneous fragments. They allude to the richness and complexity of the Terra Madre network and to the biodiversity that characterizes the world we live in.” 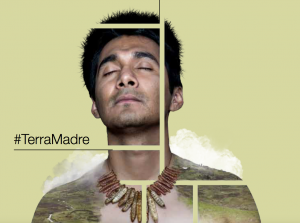 Today’s conference, which welcomed speakers Carlo Petrini, Slow Food President; Sergio Chiamparino, President of the Piedmont Region; and Piero Fassino, Mayor of Turin, is an occasion to renew the invitation for locals to host Terra Madre delegates and to call on the city of Turin and surrounding areas to engage and participate.

Salone del Gusto, first held in 1996, is one of the world’s most important events dedicated to artisan and small-scale food and wine producers, as well as a forum of exchange for producers and consumers from around the world. The last edition, held at the Lingotto exhibition center in Turin in October 2014, attracted 220,000 visitors from over 60 countries, saw the participation of 3,000 Terra Madre delegates from around 160 countries, and featured a large market with 1,200 exhibitors from 100 countries, including 300 Slow Food Presidia producers and 400 Terra Madre food communities.