An important step towards good, clean and fair food for all 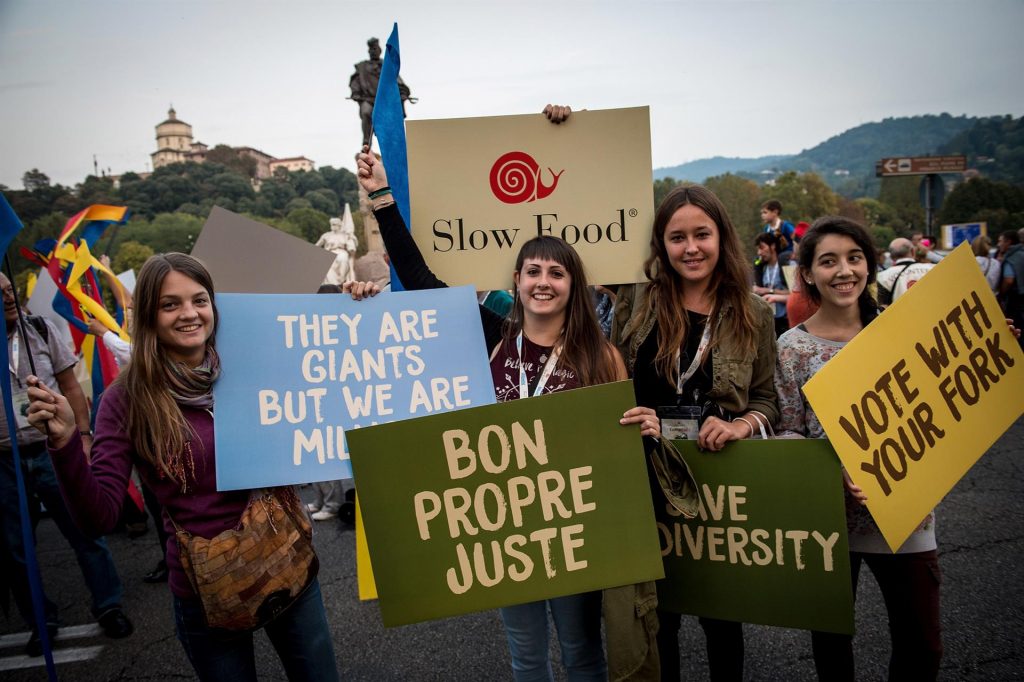 Today is the last day of the 11thedition of Terra Madre Salone del Gusto, the most important international event dedicated to food and gastronomy, organized by Slow Food with the Piedmont region and the City of Turin.

Paolo Di Croce, Slow Food International General Secretary comments: “Seven thousand delegates from 143 countries, 300 Slow Food Presidia and 1,000 food communities of the Terra Madre network from five continents. These are not simply numbers, they represent a humanity that is united here to discuss the great challenges which we must confront, above all the safeguarding of agricultural biodiversity. The event’s new open air formula, the discussion spaces and the interactive tours have helped foster a direct and fertile relationship between visitors and delegates, raising awareness and creating positive energy towards the objective of Slow Food: good, clean and fair food for all.”

Over 5,000 members of the public followed the series of conferences at the Carignano Theater, dedicated to themes of agroecology, health, migration, the relationship between food and art and cinema. Another 5,000 participated in the Terra Madre Forums, listening carefully to the experiences of our delegates.

Sergio Mattarella, President of Italy, who was present at the opening ceremony, said: “Terra Madre Salone del Gusto is, at one and the same time, an Italian challenge and a meeting with the world. I believe that initiatives like this help in the construction of a shared language, and to support changes in our culture which we know are necessary.”

Among the many journalists present, Dan Saladino, BBC Radio presenter and producer, said: “I took part in a forum about the biodiversity of bananas and I heard the stories of producers from Indonesia, Japan, Uganda, and discovered lots of varieties and a thousand uses of this fruit. Nowhere else can you find such a wealth of testimony all in the same place.”

Olivier Roellinger, a French chef known for his extraordinary interpretations Breton cuisine, described his experience in Turin: “Something is happening in the world and the marvelous market of Terra Madre in Turin is part of that change.”