This year’s Terra Madre Day called special attention to the Menu for Change campaign, which highlights the relationship between food and climate change: starting from food, we can and must make a difference. Slow Food supports and promotes solutions to mitigate the impact of food on the climate by working to protect biodiversity, encourage food and environmental education, and raise awareness everywhere.

Carlo Petrini, president and founder of Slow Food International, affirmed: “Every year, on December 10, we celebrate Terra Madre Day. There is no better occasion to join our campaign raising awareness to climate change. It’s a duty for all of us: starting with our individual behavior, especially with our food habits, we can make a difference to the devastating process provoked by greenhouse gases. Let’s start with our own daily menu, with our own local situations and celebrate our annual party in the right way.”

Many communities have shared photos and stories of their events on Facebook. Below is a short summary of this year’s celebrations:

Several activities took place in this country. An eventdedicated to Ballegjere Fish was held in Cerrik in order to raise awareness of its importance for traditional Albanian cuisine; during the event chefs from the Slow Food Alliance cooked using this fish for kids from local schools. There was also an event dedicated to local oils in Shirgjan.

Slow Food is organizing a dinner in Sofia on December 11 called The Tastes of the Ground. On December 12, another event will focus on different local varieties of apples, such as the Kurtovka apple and the Buhavitza apple, both on board of the Ark of Taste.

Slow Food organized the third edition of a monthly Organic Farmers Market in Addis Abeba aiming to promote ecological and sustainable food production. Besides products from the Slow Food network, there were culinary products from the Awramba Community Farmers Coop, Black Seed oil, and cheese produced from local Arsi cows.

Chef Pierre Lecoutre prepared a dinner in his restaurant L’Oseille in Paris on December 9 dedicated to the international campaign “Menu for Change“. 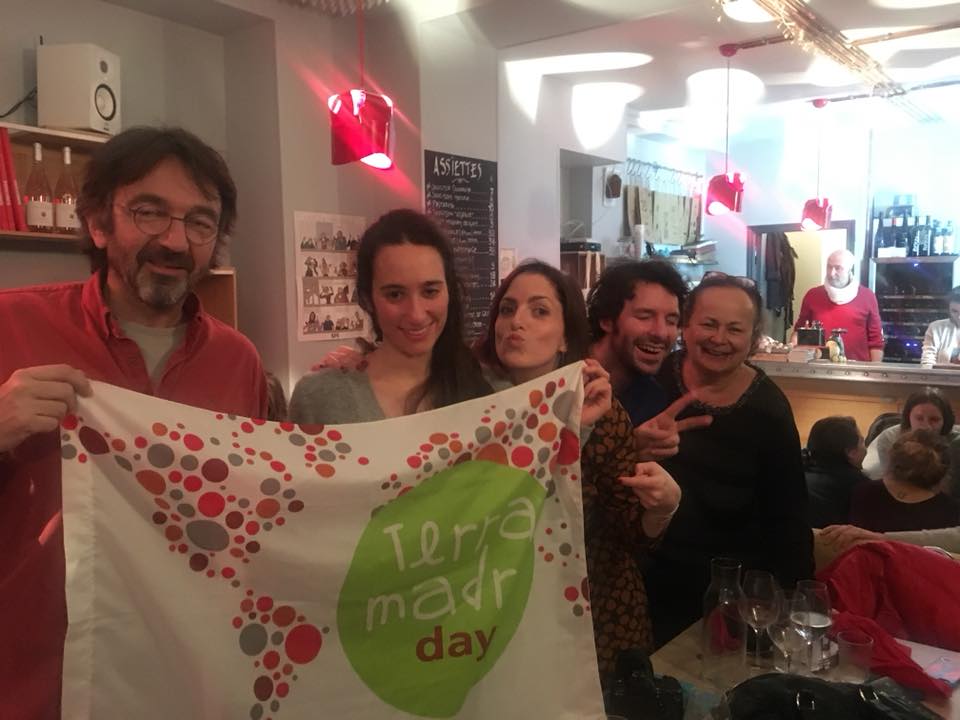 Several activities took place in Germany to celebrate Terra Madre Day: in Überlingen (Baden-Württemberg) there was a local market with local products and live music, in Rechtmehring (Bavaria) Slow Food organized an excursion to the Simsseer Weidefleisch cooperative.

Slow Food is organizing the 3-day event “Pisang” Presidia Parade Party, in Ibu Dapoer from December 9 to 11. The event will offer several local and sustainable meals, visits to Bubrah Gayam local street market and to the Presidia producers of the Heritage Yogyakarta Banana Varieties.

On December 9, chef Okuda cooked a dinner in Komono (Mie Prefecture) themed “Menu for Change” using local and seasonal ingredients. Chef Okuda is the protagonist of the documentary Reviving Recipes by Watanabe Satoshi, in which he talks about how his life brought him to save the gastronomic heritage of Yamato province, thanks to the help of its young people.

All Slow Food Communities in the country organized activities around local food which is respectful of the environment. On December 8, Slow Food Kenya organized the Seed and Food in Gitare in collaboration with Seed Savers, to teach people about seeds and biodiversity preservation as key to mitigating the impacts of climate change; and also to teach the participants about the growing struggle for corporate control of the African food system starting from seeds and the push for industrial agriculture by multinationals. 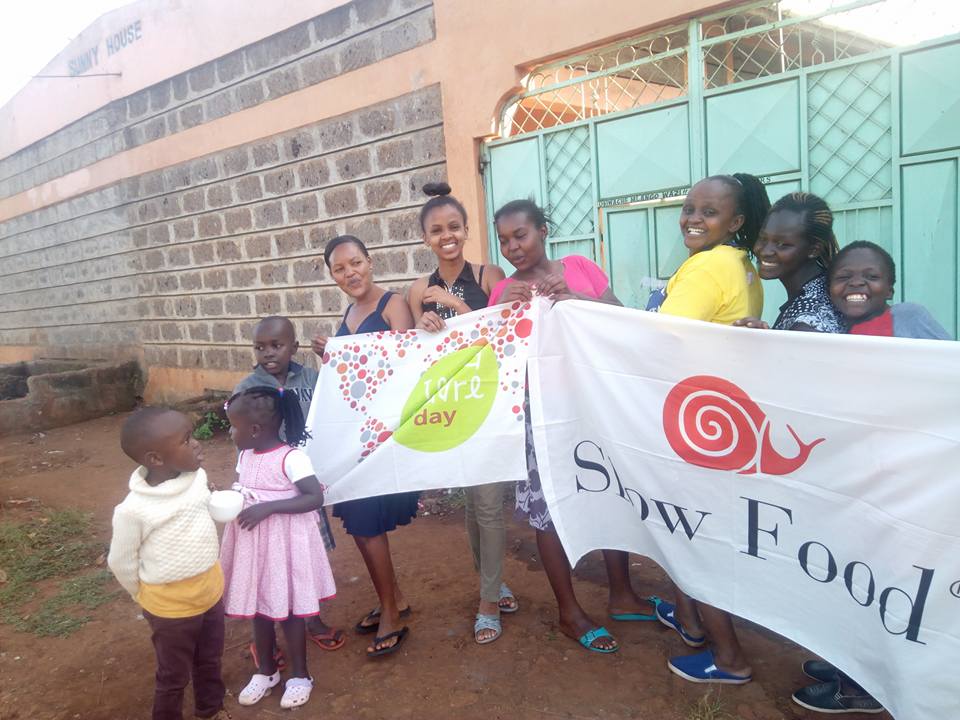 Slow Food launched a new school garden in Sidi Boulanoir village (province of Tiznit, Souss-Massa region). There was a tasting of local products and a discussion about Slow Fish campaign and the importance of preserving the sea. The local community is part of the Terra Madre Community of the Aglou Artisan Fishers and Cooks. 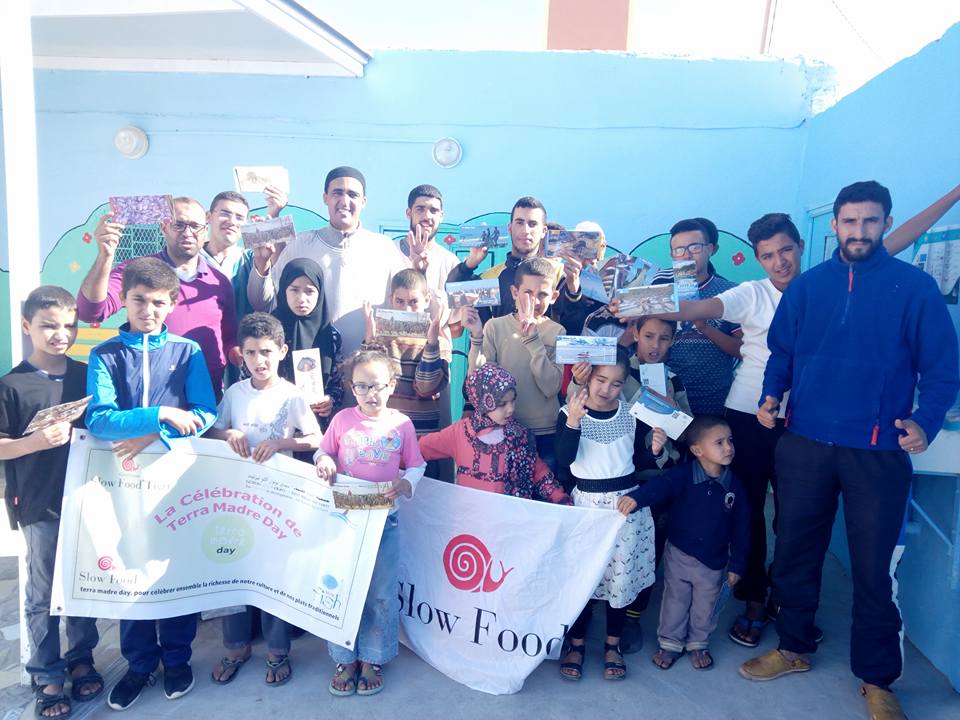 The Slow Food Chefs Alliance organized the event Doomsday Drink-In in Utrecht from 2pm to 8pm. The event will be a drink-in, with snacks served by chefs from the Slow Food Youth Network (SFYN) and several local drinks, such as wines, spirits, as well as coffee and tea and any local specialties brought by the audience:a way of tasting different artisanal local drinks.

Slow Food Dolny Śląsk held an event in Wroclaw called eduBIESIADA dedicated to the campaign “Menu for Change“. Each participant was invited to bring is own dish prepared with local products and to discuss several issues, among which local Slow Food activities, the project around the Eagle Polish Bean, on board of the Ark of Taste, and issues which connect food and health. In addition, the Slow Food Convivium in Warsaw organized a breakfast where local quality products from Mazovia were served.

Slow Food held an event in Iasi called Gustă Slow de Terra Madre Day. The event was dedicated to healthy food, prepared with respect for regional biodiversity and the environment.

Slow Food organized an event for the community of the Kenema Kola Nut presidium in Darlu. There was a workshop aimed at young people to raise awareness of local products and a social lunch to strength the links between Kola producers and community members.

Slow Food Styria held an event in Koper called Dan Matere zemlje. There was a short workshop on harvesting crops, and a tasting of local products, among which cracklings and Laški rizling wine.

Four chefs of the Slow Food Alliance cooked in Johannesburg using just products on board of the Slow Food Ark of Taste. There were also several activities around the city that focused on local food and climate change.

Slow Food has recently launched the second Tunisian Presidium: the traditional fishery methods of Kerkennah. On December 10, the local network held an event in Ouled in with a discussion about the impact of climate change on local products, a discussion of local food heritage, folkloristic shows and tastings of Couscoussi Ghallah, a traditional local dish.

Slow Food held an event in Ocaklar called Toprak Ana Şöleni. The event was dedicated to the international campaign “Menu for Change” with a tasting of local products.

Slow Food Anglia organized an event in Norwich with a tasting of Italian extra virgin olive oils and several local East Anglian cheeses, all produced by Slow Food members in the UK and in Italy. 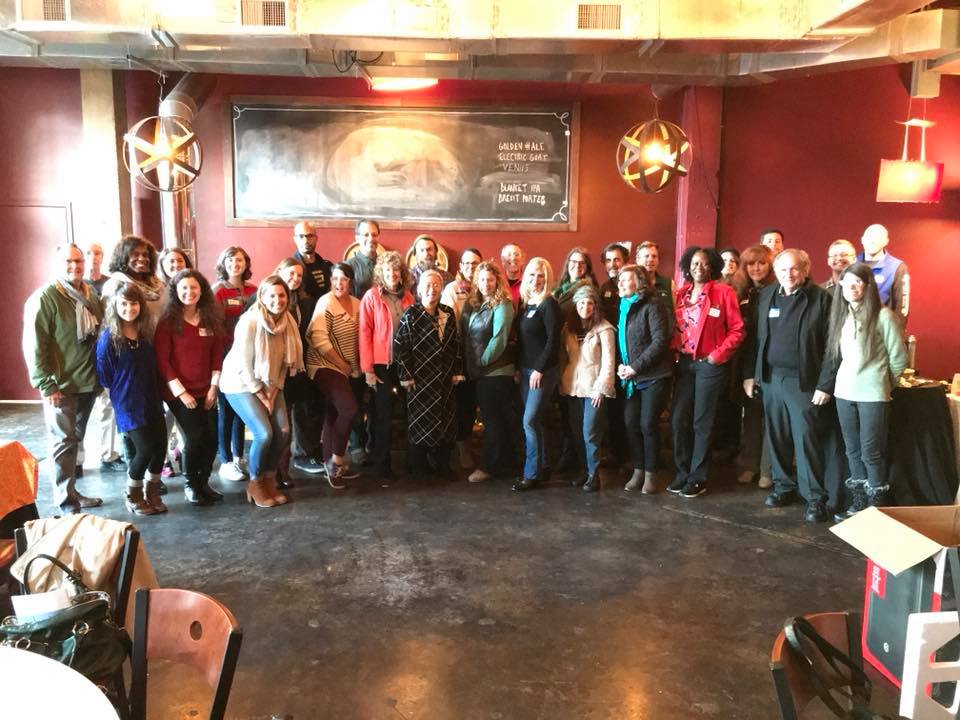