This is the second newsletter from Slow Food Brazil – Terra Madre Brazil 2020, which brings the advances towards Terra Madre Brazil (TMB) that is being built by many hands and is a much-awaited moment within the Slow Food Brazil network. It is the third edition of the meeting of the Brazilian communities of our network. The other two, from 2007 and 2010, took place in Brasilia in a political context, and the internal organization of the movement quite different from the current one.

The current edition is being run jointly by the Bahian government through the Bahia Development and Regional Action Company (CAR) of the Rural Development Secretariat (SDR). It will take place at Arena Fonte Nova, in Salvador/BA from June 11-14, 2020, taking advantage of the extended Corpus Christi holiday. 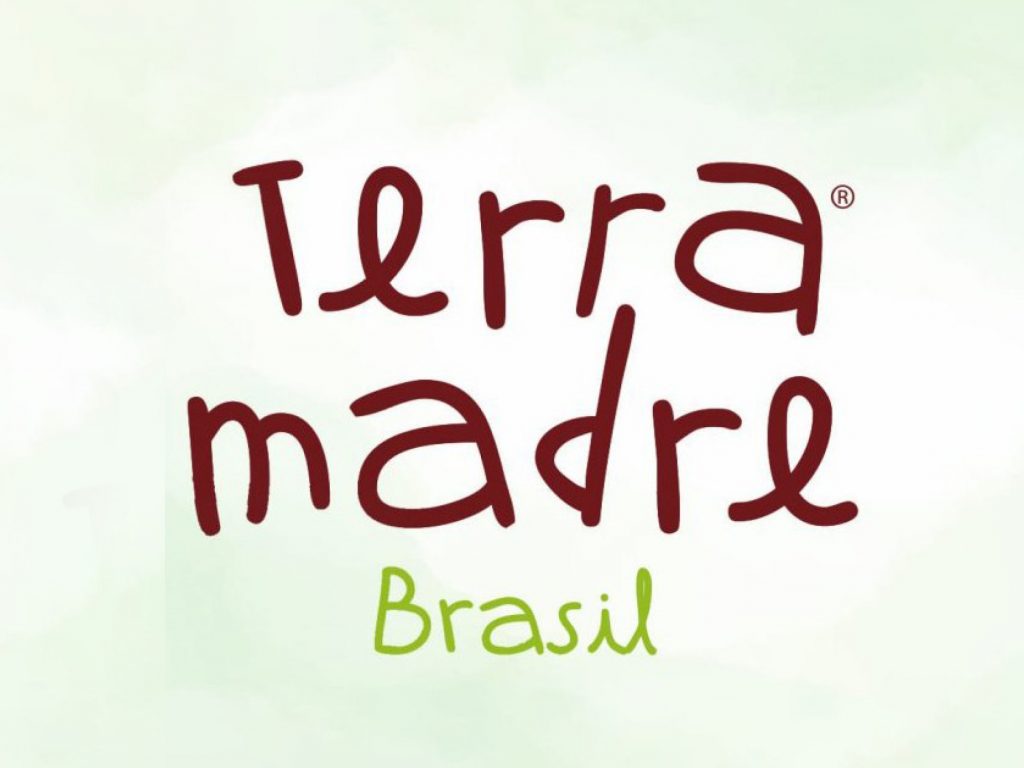 We held until the end of January the interested participants’ registration as well as the activities’ proposal for the meeting. This was an opportunity to activate our network and partner organizations in the fight for good, clean, and fair food for all. There were more than 660 registrations to understand the conditions and needs of participants of our network and more than 120 propositions of activities received.

Due to the holiday, it is essential that those who signaled the possibility of getting tickets to Salvador purchase it as soon as possible to ensure more affordable prices. To welcome part of the delegation, the local network in Salvador has made some articulations for solidarity lodging, including in collective lodging centers, which allows to concentrate committees and cheapen the costs during the stay in the capital of Bahia. More information will be shared in the subsequent communications.

The proposals received were based on four transversal axes: agroecology, sociobiodiversity, gender equity and food culture in addition to 16 thematic axes, which guide TMB2020:

These proposals are being evaluated by an operational working group of the Slow Food Association of Brazil (made up of members of the Management Nucleus, advisors and regional facilitators). The group is working on the curatorship to ensure that they fit in with the event’s proposal and the planned programming spaces. Also, they are grouping together similar proposals and discarding those that prove to be unfeasible.

Of the three planned territories, the proposals mainly contribute to that of ideas (with workshops, rounds of conversation, experiences, lectures, film screenings, plenary sessions, and network articulations). Still, there are also those of meetings (with fairs and outside visits) and those of the senses (with installations and cultural presentations).

So far, we have managed to secure a small part of the delegation, mobilizing resources from the Semear International Program of IFAD (International Fund for Agricultural Development). With it, we have been able to provide tickets for 20 cooks and 20 farmers to hold 20 Taste Laboratories focusing on the Ark of Taste and Slow Food Presidia products. 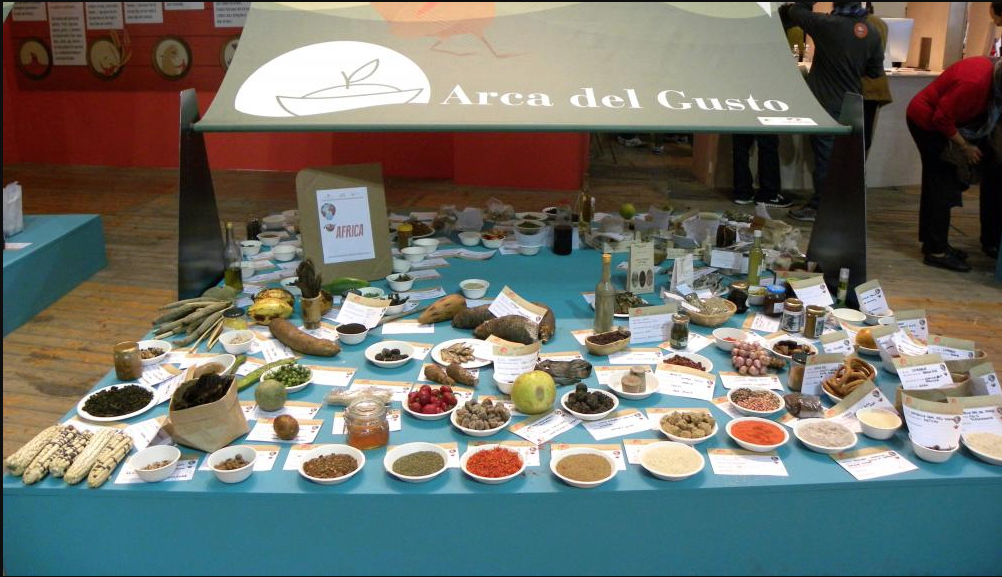 Three thematic spaces in the Territory of the Senses are also being structured: embarking on the Ark of Taste, Casa das Farinhas (Flour House), and the Food and Taste Education space.

The Ark of Taste is one of Slow Food’s proposals with the greatest capacity for engagement, raising public awareness of the risk that food biodiversity suffers in the standardizing and mass model of industrial agrifood production in place. It has a strong emotional appeal for members of our movement because by cataloging food at risk of biological and cultural loss, it makes products that are often forgotten visible and valuable, engaging people to publicize, taste, and learn more about their characteristics, their producers and strengthening their production chain. The Ark of Taste space will be an interactive and educational facility so that the event’s public can get to know the foods that are already on board as well as indicate new products to enter the catalog.

The Casa das Farinhas (Flour House) aims to enhance this traditional processing that is the basis of food in Brazil. In all regions, several types of flour can be found, mainly based on cassava, but also from other plants. The installation aims to bring a house of copioba flour, besides presenting traditional techniques of other localities as pestle and monjolo through photos, videos, and replicas. 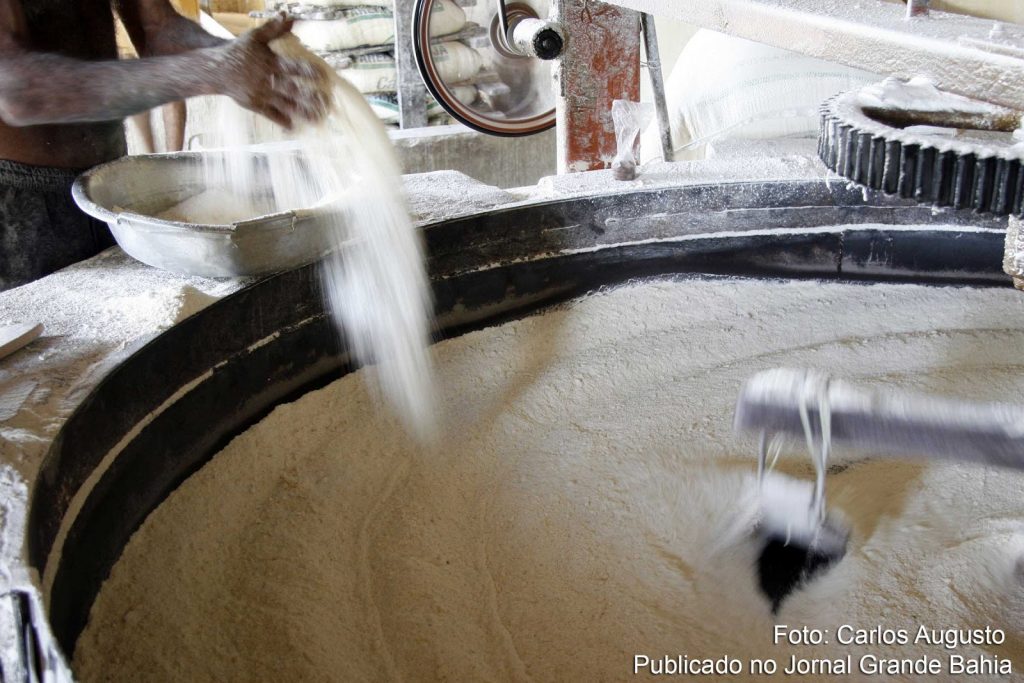 The Slow Food Brazil Education WG has an active involvement in the Food and Taste Education Space. The group considers the discussion to be endless, surprising, and beautiful, universal, ordinary, and a renewable source of possibilities for building knowledge. The zone will consist of playful/educational resources and dialogues at the main entrance to the event, to encourage the visiting public to reflect and understand globally on the purpose of the event. The proposal is that the space will contain 1) an interactive exhibition on various production models of the main foods we consume, 2) a section with games and sensory pathways focusing on Slow Food’s innovative Food and Taste Education methodology, and 3) affective gardening: gardens with spontaneous plants of traditional or unconventional use. Also, the zone will serve as a content base for the development of guided activities for groups, schools, and EFAs (Agricultural Family School), workshops for educators and community multipliers, and civil society organizations; sensory and cultural activities, conversation circles on food and education topics.

Next month we will present the visual identity and website of Terra Madre Brasil 2020, which will concentrate information about the event, programming, directions, news, contact, sponsors, and other important and relevant information.

Finally, we think it is important to emphasize that the realization of the event depends on the various efforts of the Slow Food Brazil network to raise support for all this collective construction. Of the different supports for the event – led by the Slow Food Association of Brazil and actresses/actors and we in the network who were actively involved in the process – many did not end up being consolidated. Our meeting has shown many challenges that we will be able to overcome more efficiently with more involvement from the network.

One of the ways to support it is by contributing to the Benfeitoria campaign (click on the link to the right to access) that has been on the air since October 2019 and still has little adhesion. You can donate monthly amounts between R$10 and R$100 and invite other people to do the same. The donations contribute indirectly to the accomplishment of the TMB since it supports the ASFB to raise the event. If the third goal is reached, the donation helps directly to the meeting’s success as well as to guarantee a more significant presence of the network there.

Please share with us stories about how you and your group have engaged in mobilizing the local network. It helps to inspire our network to tell how we are organizing in each territory!

It’s less than four months until Terra Madre Brasil 2020 begins, and we’re on our way to Salvador! See you soon!