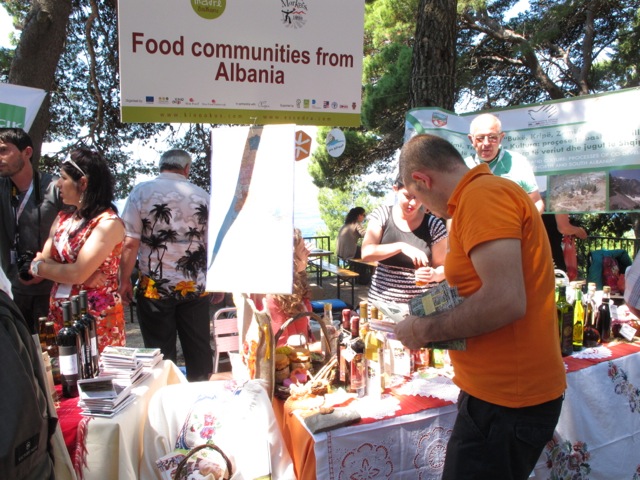 The Terra Madre Balkans event is organized by VIS Albania with the support of Slow Food, in partnership with the Albanian Ministry for Agriculture, Ministry of Economic Development, Tourism, Trade and Entrepreneurship, the Municipality of Tirana and the Italian Agency for International Cooperation.

As an essential part of the event, the central Mother Teresa Square is hosting an Earth Market, where over 50 booths give visitors the chance to discover a wide selection of products from Terra Madre food communities, Slow Food Presidia, and the Ark of Taste, Slow Food’s catalog of the world’s food biodiversity.

Slow Food Presidia and representatives from more than 50 Terra Madre food communities are participating in the market from different countries:

Some of the subjects of discussion are for instance:

The event is organized in the framework of the ESSEDRA project, co-funded by the European Union with the aim of supporting the integration process of the Balkan countries and Turkey into Europe through a strengthening of civil society and its capacity to influence policies and promote sustainable models of rural development.

After three editions in Sofia (2010, 2012) and Dubrovnik (2014), the Terra Madre Balkans network chose Tirana for this fourth meeting. Terra Madre Balkans is the first network of its kind to unite food communities from several countries of the same region. Slow Food and Terra Madre formed a deep-rooted network in the region with thousands of supporters, 24 Slow Food Presidia, 100 food communities, 50 chefs, 15 educational programs on nutrition and taste in schools and over 280 Balkan products listed in Slow Food’s Ark of Taste catalog.