Archive » The Strange Case of the Agū Pig

On Okinawa, the largest of the Ryūkyū Islands, in the far south of the Japanese archipelago, Takada Masaru raises Agū pigs, a breed that has come close to complete extinction.

His farm is in the village of Nakijin, on the Honbu peninsula. Traditionally, Agū pigs would be left to graze on the beautiful island of Kouri, just off the coast from Nakijin and surrounded by a crystalline blue sea. The rare Agū is the most prized of the pig breeds farmed in Okinawa. Takada also farms black Japanese cows, originally from the island of Kuchino and a variety of sheep from the islands (Shimayagi), and grows rice and other local crops. Takada has built a kind of national monument to nature, raising pigs for a hobby rather than to meet the demands of the market and industry. 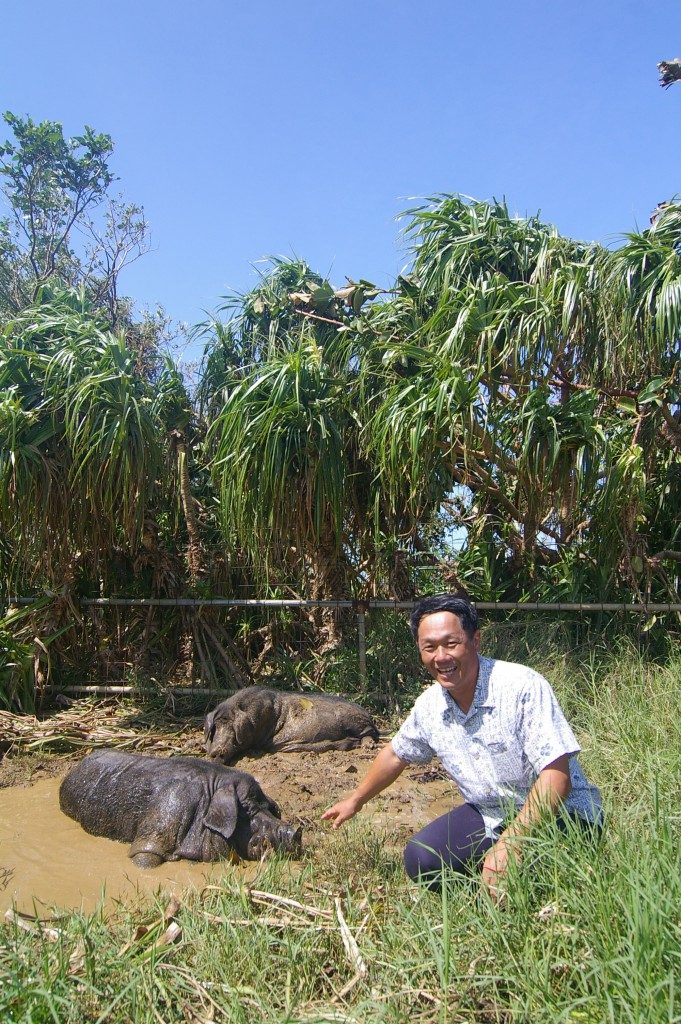 FROM LAB TO FIELD

Takada moved here from Tokyo 30 years ago. Previously he had worked as a researcher at the Institute of Evolutionary Sciences, but he had long wanted to leave the lab to work in the fields. The occasion presented itself when he met Professor Yamamoto Itsuo of the University of Okinawa, and decided to move to Nakijin. He found an arid land covered in subtropical vegetation and began working with the local community, made up mostly of young people. Each one had a specific role in managing the farm. With the worsening of the Japanese economy, the cultivation of ornamental plants, one of the businesses Takada had started, began to be less profitable. He began instead to breed Japanese cows.

Around this time, at a travelling zoo for children, he saw for the first time a very small breed of pig, and he realized that the tiny pig had the same genetic characteristics as the by-now very rare Agū. He received other specimens from an agriculture lecturer friend, and so Takada began raising the Agū pigs and founded an association to protect the breed.

A CORNERSTONE OF FOOD CULTURE

After meeting with Slow Food, Takada changed his farming practices. Until 2012, the Agū pigs were given a feed mix containing genetically modified corn from Canada. Having understood the importance of animal nutrition, Takada contacted experts who helped him to put together an ad-hoc GMO-free feed for his pigs, and now a local grain company produces it especially for him.

The Ryūkyū Agū pigs had almost completely disappeared, partly due to the disastrous effects of the war on Okinawa, but now a new generation of producers of this native breed is emerging. They will be followed by another generation, and then another. All of this is thanks to Takada’s obstinacy. Despite the lower economic return of these small native pigs – their weight, around 100 kilos, is less than that of Western species – he has persisted in raising them. 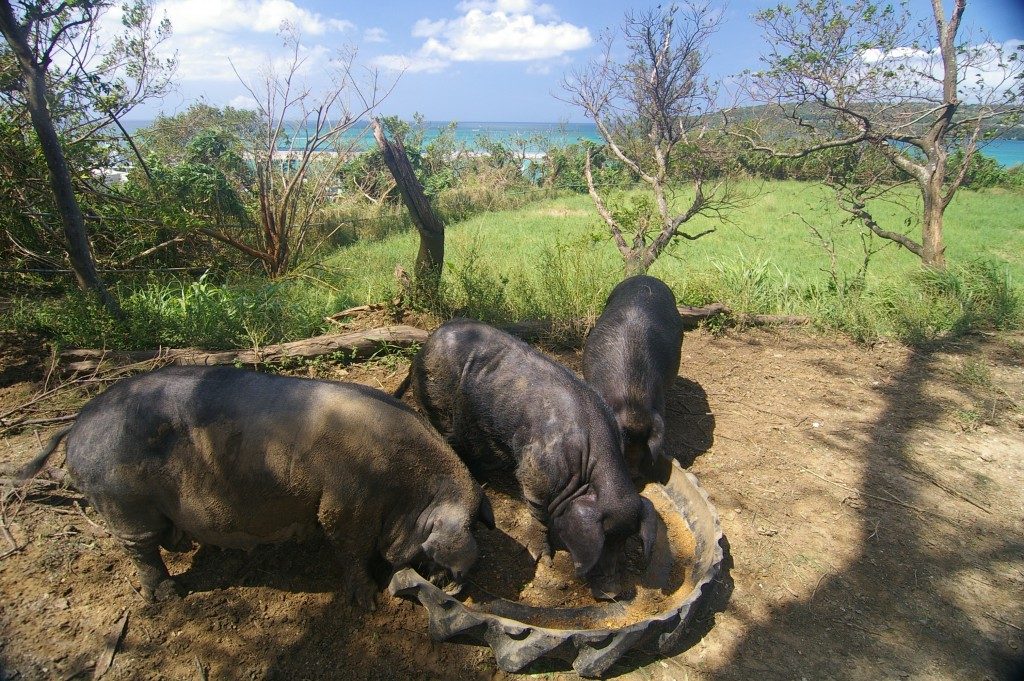 “In the past the native animals were farmed in a way that respected the local traditions,” he says, “while today they are replaced by non-local varieties with a higher economic value. As a result, the native breeds are being ignored. But the selection of breeds based on potential earnings leads to the depletion of natural resources.” The Agū pig, on the other hand, represents not only a cornerstone of Okinawa’s food culture, but also has an important value in traditional society. The Agū’s skin and bones, for example, are used in ritual ceremonies (shimakusarashi) to drive away or avert epidemics and for the sacred ritual rope (shimenawa) used to protect towns and villages from similar dangers.

In Okinawa, the pig is considered the origin of everything: food, society, philosophy. And the Okinawa pig is the Agū. This is why Takada is delighted that his pigs, in which he has invested so much of his life and heart, have joined Slow Food’s Ark of Taste.