For the 6th time after starting the initiative in 2016, World Disco Soup Day has taken all over the planet again!

On April 30th continent to continent, everyone celebrated their love for sustainability, food, respect for the planet, and helping people in need. Here you can read about some of them, but WDSD has hundreds more amazing participants that we thank a lot for the support. 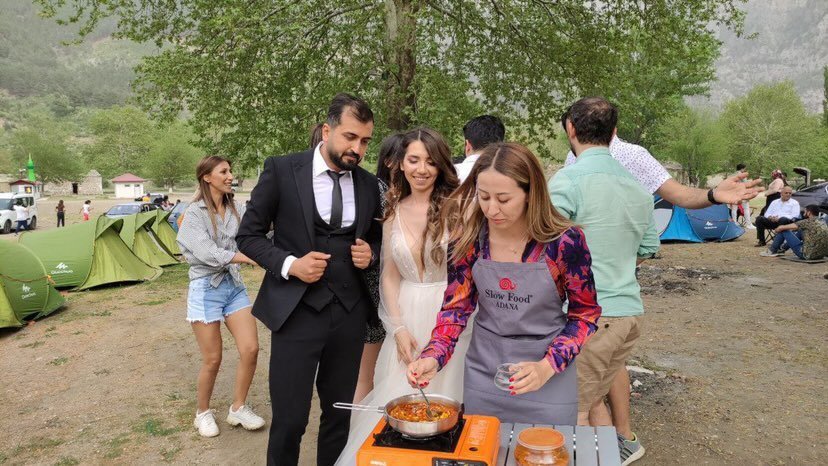 Starting off with one of the most incredible stories of this year’s World Disco Soup Day, we have Slow Food Adana, from Turkey, where a sustainable WEDDING was celebrated during the day. To reduce the climate footprint, the Adana community celebrated WDSD in the Belemedik Nature Park. An unforgettable wedding between 2 activists (Tanya and Ozer) was hosted by the community in the meantime! Instead of cutting and eating the typical wedding cake, the groom had the first sip of their Disco Soup! All the community then had fun with typical Turkish dances and catchy rhythms, as our WDSD slogan suggests.

Not too far from there, the people from the FoodBlessed NGO in Lebanon, who work in food rescuing and fighting hunger since 2012, had 60 people working in a big kitchen after rescuing local veggies and fruits that markets could no longer sell to transform everything into big tasty soups. They have been participating every year, although they celebrate unwanted produce all year long.

Their enthusiasm was out of this world! They spent an entire day smiling, dancing to their typical sounds, and cooking surrounded by joy. 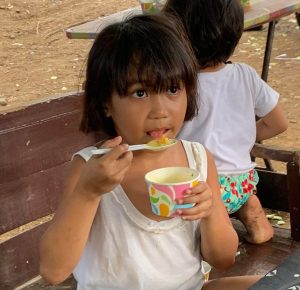 On the other side of the world, in the Far Eastern University Cavite, another WDSD was taking place in Manila, Philippines. Hosted by the university, the SFYN Philippines volunteers were able to feed people from communities in need by using products from Kadiwa, a market system that sells major agricultural goods at reasonably low prices to help poor

Filipino households are located at  MoA, a large shopping mall in the Philippines. Many children happily took part too in this true-hearted project.  WDSD happened to be during Filipino food month as well, which enlarged the celebration.

In the American continent, a big Disco Soup happened at Mercado San Pedro in Cusco, Perù. Launching the hashtag #nodesperdicio, Slow Food Cusco rescued a TOTAL OF 180 KG of fruits and vegetables from local markets! After that, they made delicious plates and soups with the help of some chefs and gave the food for free to everyone in the Mercado. ‘Fill stomachs, not bins!’- they chanted.

In Posadas, Argentina, the amazing volunteers from the @alimendarposadas community still celebrated WDSD even under the rain, with a whole folkloristic drum orchestra to dance together to! They shared all their respect for food, with a LOT of music and dances and sharing on social media. We were really happy to virtual party with them.

Our volunteers in Africa shared so much content with us, especially with all the food they rescued on the morning of WDSD. 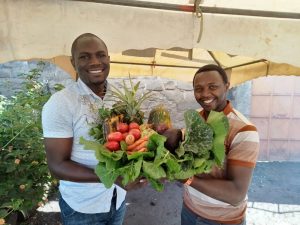 Our community in Uganda did not only celebrate the day-saving fruit and veggies but fish too! They launched a Slow Food event in the fresh air with the fishing community in Kiyindi in the Buikwe District. They all rescued fruits and vegetables too from nearby markets and vendors, before going to celebrate all together at the landing site.

In Europe, creativity exploded with our people from Slow Food Stockholm, who created beautiful and creative designs and drawings of the Slow Food snail and WDSD logo, to use at their Disco Soup celebrations in Sweden. 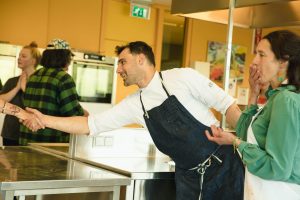 In the Netherlands, the Amsterdam SFYN community decided to organize WDSD in order to help refugees from Ukraine coming to the Netherlands. They made a big number of 300 liters of soup with wasted vegetables for more than 800 Ukrainian refugees! To prepare the soups, they used 190 kg of potatoes. It happened at @focacciaamsterdam.

We finish off with Italy, in particular the guys of Slow Food Rovigo, who decided to add a fun and free Sustainability test for everyone during their WDSD celebration. 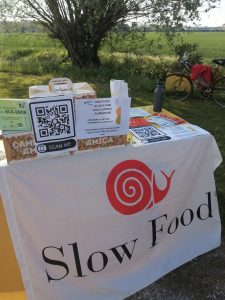 The quiz consisted of some questions about sustainability, all based on one person’s daily habits. The one who got the best result (who consumed less waste and lived a more sustainable existence) would win a package with many rescued products and a book guide for a more sustainable life…

Wanna get involved in the celebrations next year? Keep an eye on the @slowfoodyouthnetwork social media to be updated and save the last Saturday of April in your next year’s agenda!