Great news from East Asia: Slow Food Korea has treated its members, and of course the general public, with three great events in just the last two months!

This shouldn’t come as a surprise: Slow Food Korea has been active for a long time, organizing all-year-round activities to educate its members and create a platform where national and international producers can exchange their skills and ideas.

International Island Forum in Yeosu
Yeosu, a port city located on the southern coast of the Korean Peninsula, is famous for its abundant fish stocks. The city has been nominated as the representative of Korean marine tourism, which led to the hosting of the International Exposition (Expo) in 2012. However, due to climate change, the city’s rich marine resources have been negatively impacted. Today, the challenge is to find a way to co-exist with nature and preserve the fishery, which is the basis of local biodiversity. The 2nd edition of the International Island Forum took place from September 25–27, focusing on the economic development of islands around the world, with special regard for tourism. Organized by the Yeosu municipality and sponsored by Slow Food Korea, the event highlighted how crucial it is to consider environmental aspects in schemes to create revenue-building opportunities for island populations. Slow Food emphasized the role of biodiversity, local food culture, traditions and knowledge as core values for the development of islands. Issues such as overfishing, water pollution and microplastics were discussed several times as the biggest threats for healthy ecosystems. The event marked a first step towards the World Island Exposition, which Yeosu wishes to host in 2026.

Terra Madre Korea
The 16th edition of Terra Madre Korea took place on September 28 in Seoul, with the theme “Cooking Saves the World”. The event, which gathered more than 200 members of Slow Food Korea, helped strengthen the unity of national branches. Delegates discussed important topics such as the conservation of local traditional food, community recovering through food sharing and the Cooking Korea campaign. Terra Madre Korea will be held twice in 2020, firstly in springtime with a workshop on the exemplary activities of local activists, then secondly in autumn with a fair in Yeosu.

[email protected]
From October 11–14 the local government of Jeju, the largest Island in Korea, organized the event [email protected]. Some of the leaders of Slow Food Korea took part in the event. Among them was Minsoo Kim, International Councillor for Korea, who played a key role in managing the event. The event showcased some Italian Presidia (the Lucca Red Bean, the Upper Tiber Valley Smoked Vino Santo, and the Carmignano Dried Fig), to bring positive and concrete examples of safeguarding biodiversity and sustainability through agriculture. This international cultural exchange between the two countries also aims to relaunch the Presidia project in Slow Food Korea. The participation of the Italian Presidia helped a lot of Slow Food Korea members to understand the importance of Slow Food’s work to preserve biodiversity. The three Italian Presidia also realized that country-to-country Slow Food exchanging programs would promote the international solidarity within the movement. The three Italian Presidia and Slow Food Korea agreed to continue the collaboration, with a Slow Bean campaign at Terra Madre Salone del Gusto 2020 and a visit of Korean delegates to the three Presidia sites in Italy. 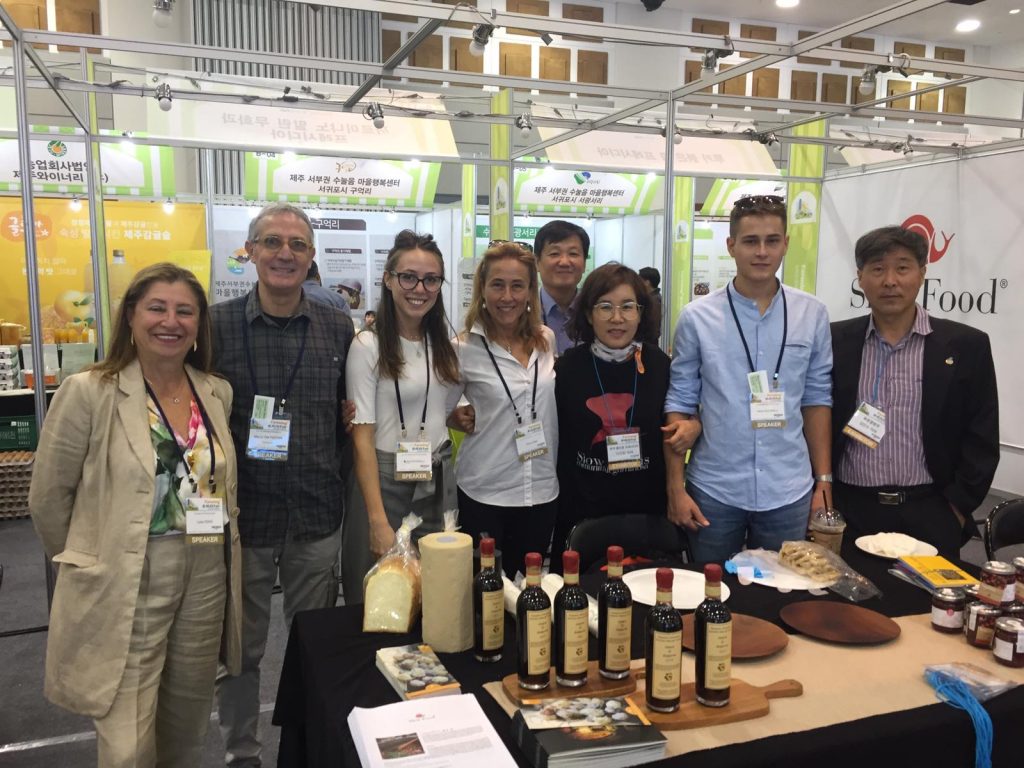 Slow Food is thrilled to see what 2020 will bring in South Korea – stay tuned!