Archive » SOS Amazon: the Brazilian government wants to open up the forest to mining.

President Michel Temer has abolished a nature reserve the size of Denmark to allow mining.

The Brazilian president, Michel Temer, has taken steps to abolish the National Reserve of Copper and Associates (Renca), opening up a protected area of 46,000 square kilometers of forest, between the northern states of Amapà and Parà, to mining.

It is apparently rich in precious minerals and so (and who can blame them?) the government needed to “attract new investment, generating wealth for the country and employment and income for society, based on the precepts of environmental sustainability,” as the Ministry of mining and energy shamelessly put it in a statement. We would like to ask the minister what is sustainable about ransacking the last unspoilt piece of land, jeopardizing, or actually, deliberately killing every form of biodiversity there and depriving all people, animals and plants of the resources they need to live. This decision represents theft perpetrated against all of humanity and a crime against flora and fauna, not just in Brazil, but all around the world. We will all pay the price, because deforestation on this scale will certainly not mitigate global warming. It will make it worse.

But don’t worry, the government has stated that nine areas of the reserve, including those in which indigenous populations live in perfect harmony and isolation, “will still be protected.” Of course.

“It is the biggest attack on the Amazon of the last 50 years; not even the military dictatorship or the construction of the Trans-Amazonian Highway caused devastation on this scale,” said opposition senator Randolfe Rodrigues. Mining in the area would lead to a demographic explosion, deforestation, the destruction of water resources, the loss of biodiversity and the creation of land conflict. Do we need to add anything else? Unfortunately, there’ll be more.

“Instead of looking for other approaches to development, Latin America is turning to mining on a huge scale, as in colonial times, with serious consequences for local economies,” writes the former Columbian environment minister, Manuel Rodríguez Becerra, in La Stampa (“How to go back to colonial times. Economic growth disregards the Earth”, August 25, 2017).

The danger is that, in addition to the damage inflicted by quarries, the landscape will also be scarred by the roads that will be constructed and could attract thousands of “campesinos, farmers without land who would start to cut down large swathes of forest for lumber and then set up plots to sustain themselves. After this colonization, the large-scale livestock farms will arrive, like those that introduced industrial meat production to the Amazon in the past.” Just what we needed. 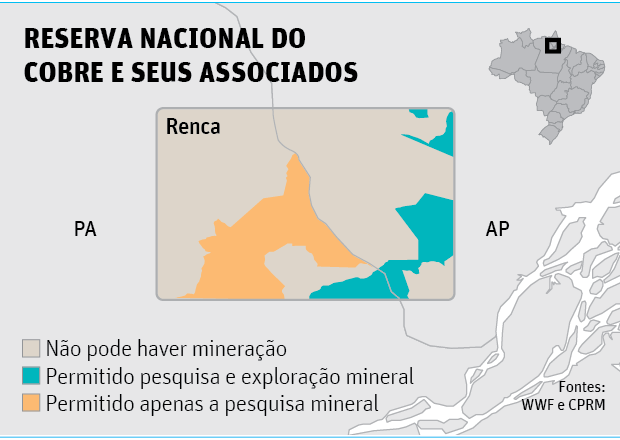 For the record, we would also add that the government assures us that mining would only be allowed in an area equivalent to 30% of the former reserve, and, as we said, indigenous populations will be respected and mining will be sustainable, which goes without saying.

“They’re just the usual overused words that have lost all meaning,” says Carlo Petrini in an interview with Niccolò Zancan in La Stampa (“The damage is irreparable, they need to be stopped now”, August 25, 2017). The government talks about development, but “what kind of development are we talking about? The depletion of land, agriculture and biodiversity is a form of destruction. Not development. There will not be any common good, hundreds of thousands of people will have no income. The mining industry will destroy land, creating new slaves, as happens in Africa with minerals that are used in cell phones. We will return to the days of serfs.” But this impending disaster directly affects us all: “This huge green lung maintains the equilibrium of the planet. It cleans the world’s air. We benefit from it too. And maybe, one day, it will be only be right to pay our dues: how is it possible to keep destroying the environment? We must think in global terms.”

According to data from INPE (The National Institute for Space Research) Brazilian Environmental Research Institute, between August 2015 and July 2016, approximately 8,000 kilometers of forest were lost, an area five times the size of London. In one year, the rate of deforestation rose by 29%. You have to go back to 2008 to find similar figures.

International declarations against these measures have already had some effect. On August 27, Temer published a suspension of the 9.142/2017 decree, which abolished the Renca reserve. The Brazilian government understood that there was a need to explain itself. The suspension revokes the original decree, and defines how mining activites must be carried out, but nonetheless, retains the abolition of the reserve. According to the government, there is a necessity to regulate mining activites in the area, since there are many illegal gold and diamond mines. However, it does not mention whatsoever the negative consequences for the surrounding area. 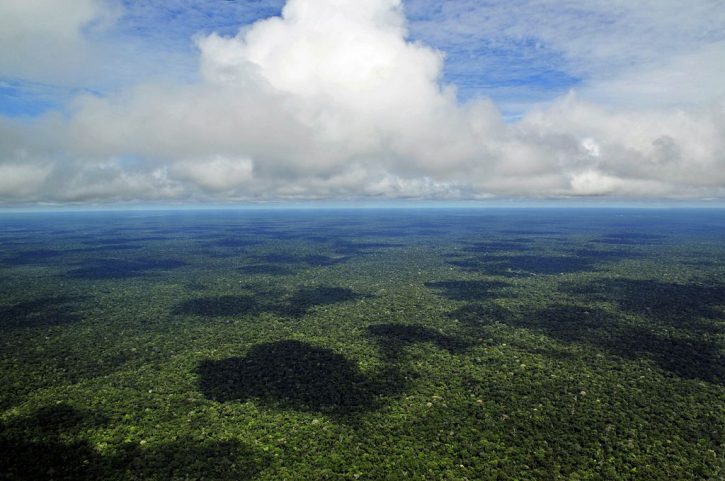 “Once again, the illegitimate Brazilian government has demonstrated its authority,” says Carlos Demeterco of Slow Food Brasil. “passing Presidential decrees that do not have popular backing. It disrespects our rights, threatens our future, and doesn’t take human beings or the environment into consideration.

“Brazil has such an enormous opportunity to the world a new form of development, considering the wealth of its biodiversity, particularly in the Amazon. However, the people leading the country insist on ignoring the potential of agriculture based on agroecological principles, for example, that could give a new face to the Amazon region, allowing environmentally-friendly and sustainable activities to flourish. But no. It degrades the forest, exterminates local cultures, and ignores any possibility of an alternative. The rich and beautiful green cloak which nature created to cover the Earth will suffer because of men in suits who act without thinking of young people like me. We have completely run out of patience. There will be a response.”

Update, September 26th 2017: The law abolishing Renca has been revoked. In a statement, the Ministry for Mining and Energy said, “We reaffirm our commitment to the preservation of the environment and the safeguards provided for in environmental protection and preservation legislation. The debate around the subject must be taken up again at a later time and must be expanded to include more people, in the most democratic way possible.”