The small island of Heimaey, in the remote archipelago of Vestmannaeyjar off the south coast of Iceland, has long been inhabited by herders and fishers. In 1973, a violent volcanic eruption on the island led to almost all of its farms being destroyed by lava. For a long time cows could not be farmed on the island, and local dairy production stopped, but the islanders still managed to find a positive side to the catastrophic event: For over 30 years they have been baking their rye bread using the heat from the cooling lava.

Gísli Matthías Auðunsson is a young chef from Heimaey and a member of the Slow Food Chefs’ Alliance. He’s convinced that the survival of farmers, fishers and food artisans and the prosperity of food biodiversity depend greatly on restaurateurs: “A chef who uses ingredients from their local area to prepare traditional dishes is passing on values and knowledge to their guests, becoming a driving force for promoting the products of their land,” he says. More than ever, chefs are now key figures who can help to shape public opinion.

Gísli grew up in a community that lived off small-scale, artisanal fishing: “My first memories are of the cod tongues that the village fishermen would give to me. I would take them home and my grandmother would salt them and serve them with butter and boiled potatoes. A real delicacy.” Those who didn’t fish built or repaired boats and nets, or processed the catch. With the arrival of modern technologies, the need for labor was reduced, but fishing remained the most important activity on the island, with 30% of the islanders still working in fishing today. 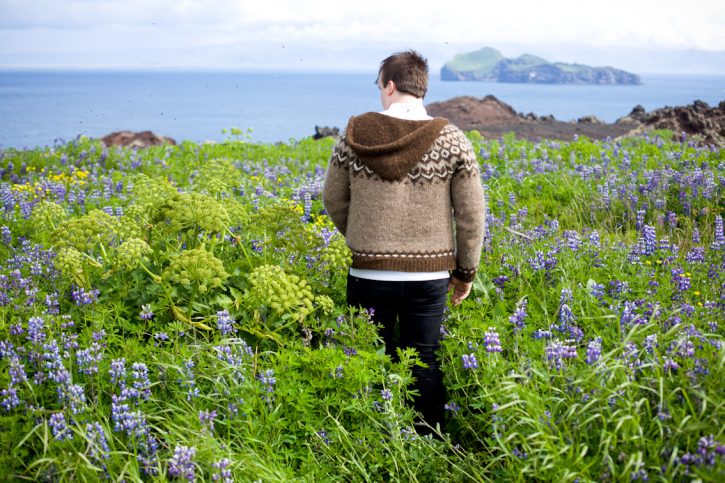 In 2011 Gísli decided to open a small restaurant, Slippurinn, with his family. He set himself the ambitious aim of raising the profile of Iceland’s gastronomic culture. The choice of location was not random: an abandoned machine workshop that used to serve the old shipyard. Shelves of tools and many of the old instruments are still in place, while the tables and many other furnishings have been made from reclaimed ship parts. The restaurant soon built a loyal following.

“We weren’t expecting the enterprise to be so successful that it changed our lives,” reflects Gísli. He has been able to use the restaurant’s popularity and the international interest it has attracted to promote traditional Icelandic products and recipes, travelling around the world to prepare signature dishes like lamb tartar with sorrel and lovage, honey-glazed cod head with wild herbs and seaweed and scallops marinated with an emulsion of garlic, rhubarb and angelica.

The focus at Slippurinn is not just on exalting the purity of the locally sourced ingredients. Environmental sustainability is also a guiding principle, from energy choices to waste reduction. Gísli’s mother grows many of the vegetables and herbs used in the restaurant, whose dishes also feature wild plants foraged from around the island. His father, a fisher, salts cod and provides some of the fish used in the kitchen. The rest of the seafood comes from other artisan fishers and local producers with whom Gísli has forged a relationship of trust. The few vegetables that have to be ordered from the mainland are grown in greenhouses heated with geothermal energy.

Places like Slippurinn show how it is possible to run a sustainable restaurant while also respecting tradition. A restaurant should offer not just a gastronomic experience, but also embrace the values of respect for the land and the sea, as well as for the people who make their living from them. Eating well and eating local is not an individualistic act, but a positive step towards improving the health of our communities.

With celebrations around the world, the Lunar New Year brings the spirit of renewal. Streets dressed in red and gold to signify the energy of a fresh start following the journey of the moon. January 25 commemorates the start of the Year of the Rat, the first animal in the 12-animal zodiac cycle according to …

Slow Down for Meatless Monday with Brabant Grey Buckwheat Crêpes

Few ingredients trigger such strong emotions as buckwheat. At a recent discussion at the Archestratus Books in New York City, famed cookbook author and culinary instructor Sonoko Sakai and visionary grain farmer Glenn Roberts of Anson Mills are in violent agreement that most of us who purchase buckwheat seeds and milled grain are not getting …

WORK ON THE 8TH SLOW FOOD INTERNATIONAL CONGRESS IS UNDERWAY

Slow Food joins the ECI “Save Bees and Farmers”

As the decline of bees and pollinators has been a growing concern around the planet, Slow Food has joined a Europe-wide campaign aiming to ban pesticides, transform agriculture, save bees and conserve nature. Over the last weekend, Slow Food along with partner organizations presented the European Citizens’ Initiative “Save Bees and Farmers” by collecting signatures at the “Wir Haben Es Satt! (We are fed up!) demonstration in Berlin.

The Environmental Cost of your Food Shopping

As research surrounding the disastrous impact of intensive animal agriculture strengthens, food manufacturers (and retailers) are scampering to establish themselves as green producers and cut energy costs. Today, even a quick stroll down the meticulously decked aisles of the supermarket allows us to distinguish organically grown produce from that which has borne the brunt of …