Shortly before the start of the German EU Council Presidency, numerous people and civil society have demonstrated in Berlin demanding the government to address the most pressing issues such as controversial trade agreements and the Common Agricultural Policy (CAP) reform. Today, Germany is taking over the rotating EU Council Presidency from Croatia, naming EU Green Recovery and climate protection among the key goals. 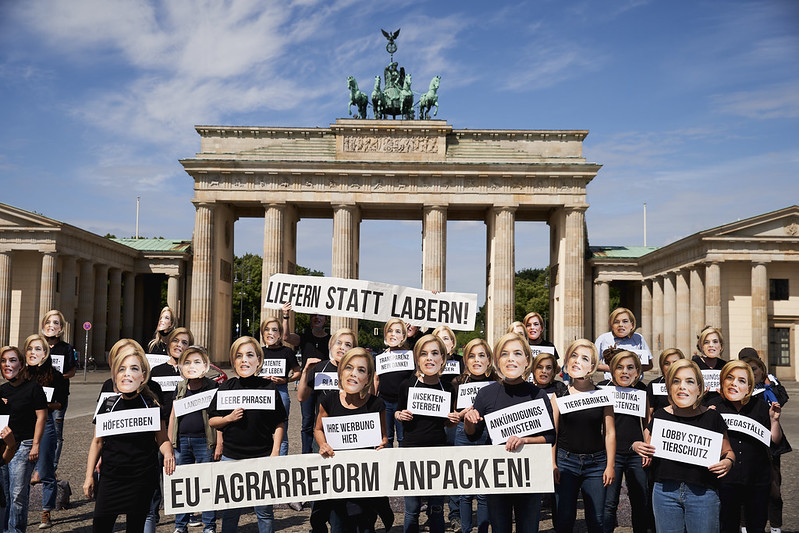 Yesterday, German civil society organized a protest in front of the Brandenburg Gate in Berlin, asking German Minister of Agriculture Julia Klöckner to deliver a green CAP reform and stop representing the interests of the industry. Signs carried by the demonstrators listed the failures of the Minister of Agriculture: “farm dieback”, “cheap meat”, “animal factories”, “extinction of species”, “industry lobby” and “empty phrases”.

German Minister of Agriculture Klöckner will play a central role in the final negotiations on the reform of the CAP during the German EU Council Presidency. But the minister has so far refused to commit herself to a sustainable agricultural reform. Civil society is convinced that instead of continuing to reward land ownership with lump-sum land subsidies, the CAP reform must ensure that agricultural enterprises receive targeted support for environmental and climate protection, the conversion of stables, and the preservation of rural areas. The final round of the CAP negotiations will determine how approximately 60 billion euros per year will be distributed over the next seven years.

“We need a fundamental change of system in agricultural policy. With regard to the EU agricultural reform, Klöckner must now demonstrate negotiating skills and assertiveness in order to promote the agricultural turnaround in Europe, even against the interests of the farmers’ association and the large corporations,” said Saskia Richartz, spokeswoman of the “Wir Haben Es Satt”, an alliance which Slow Food Germany is part of. 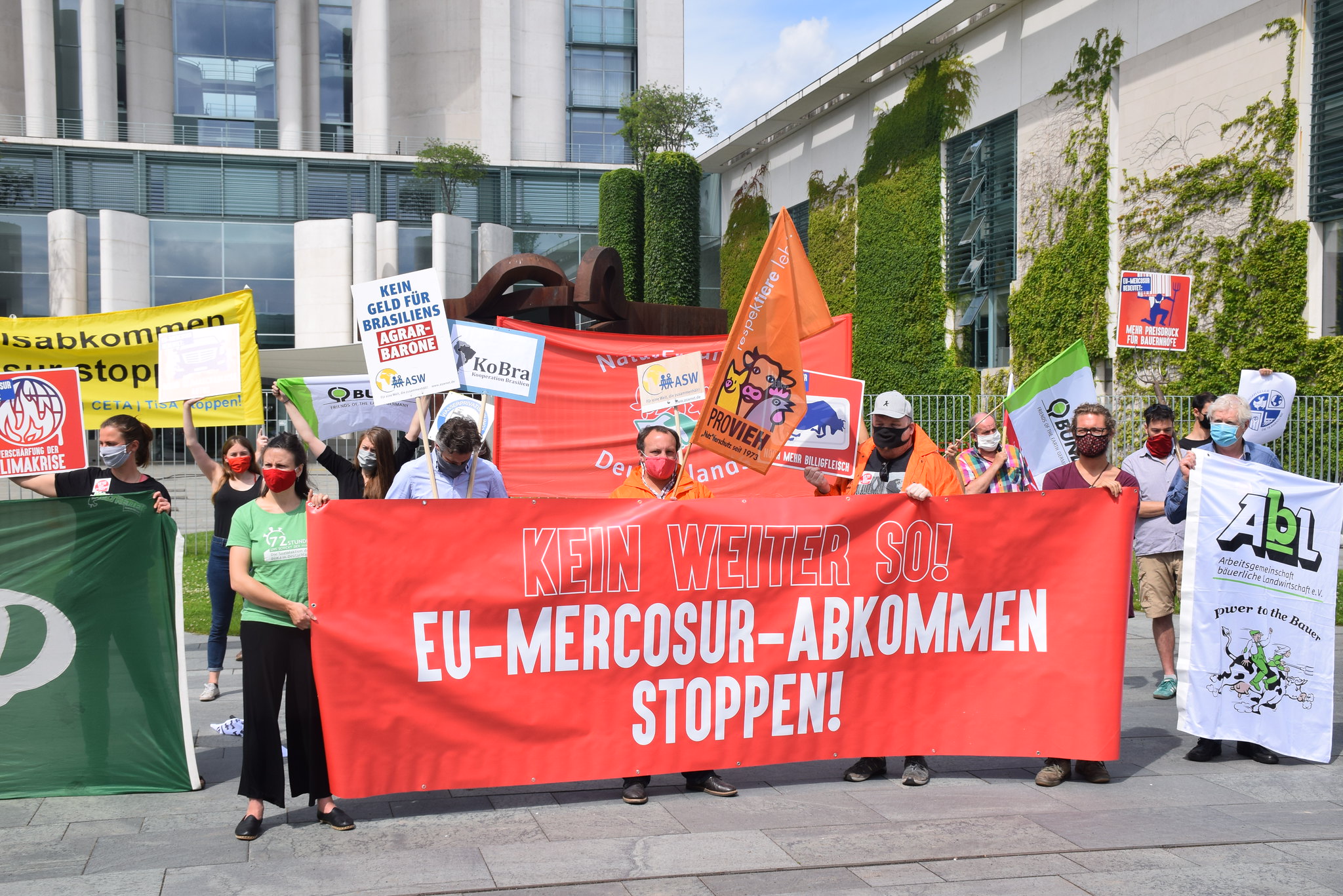 Meanwhile, on Monday Slow Food Germany along with other 59 German organizations demanded to stop the Mercosur trade agreement. Trade policies are among Germany’s priorities for the EU Council Presidency. However, the political agreement, which was reached last June, has been harshly criticized by civil society groups. Since June, the work has been underway to draft a treaty, which would need to be ratified by EU Member States. The parliaments of the EU member states France, Belgium, Ireland, and the Netherlands have expressed clear criticism that the Austrian government does not want to sign the agreement in its present form.

Slow Food has been among 300 + organizations calling on the EU to halt trade negotiations, criticizing the EU for turning a blind eye to the concerning developments in Brazil. The agreement is set to worsen the climate crisis as the deforestation due to intensive animal farming is rising, putting indigenous communities at risk. It would also open the door to cheap beef and poultry imports from South American countries. Moreover, since the inauguration of Brazilian President Jair Bolsonaro in January 2019, human rights violations, attacks on minorities, indigenous peoples, LGBTQ, and other traditional communities have increased. If the EU were to sign the trade deal, it would contradict its own democratic values and principles.

The negotiations between the EU and the South American confederation of states Mercosur (Brazil, Argentina, Paraguay, and Uruguay) have been going on for 20 years.

Germany will take a lead in the EU Council until January 2021. The presidency then will be taken over by Portugal.