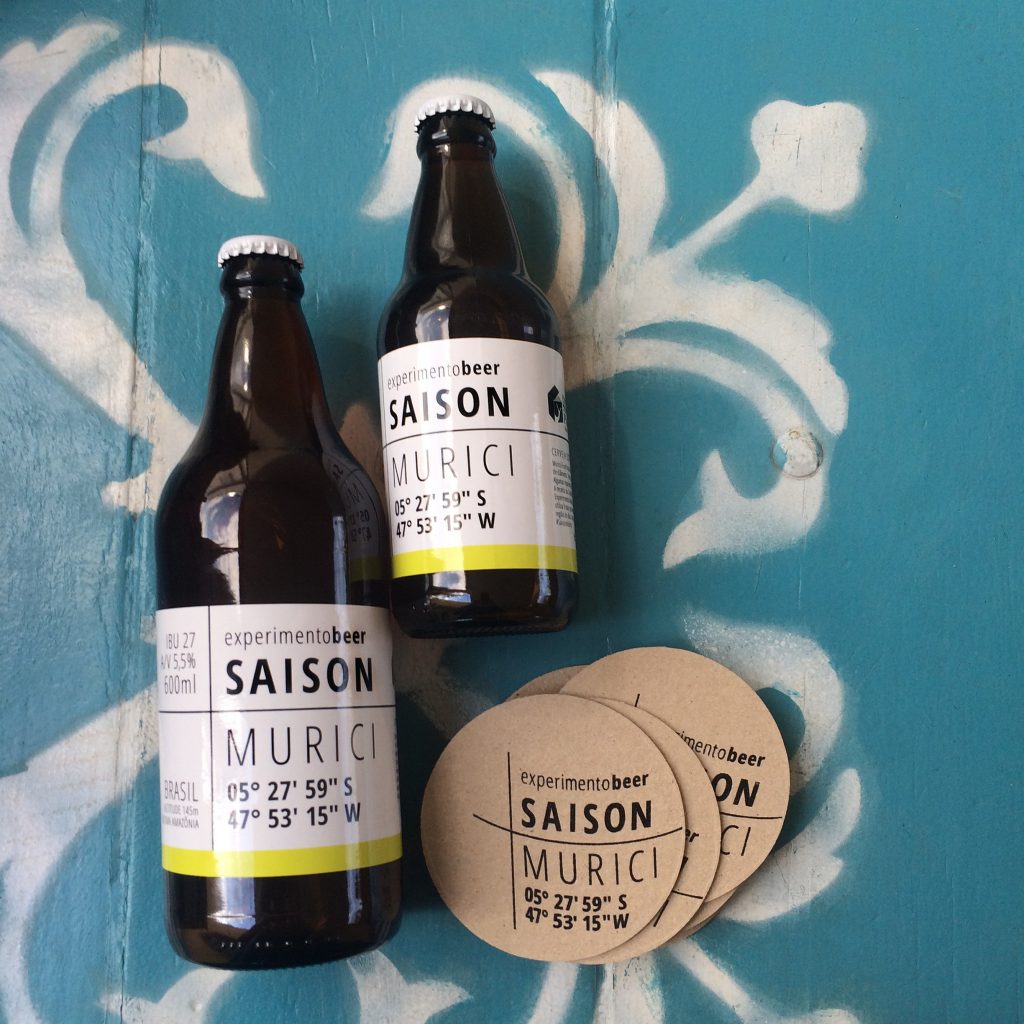 Packaging, with its short life cycle, is one of the leading causes of waste. If the emissions generated, directly and indirectly, during the production and lifetime of a product are added to this, the quantity of waste and pollutants increases, with significant consequences for the environment, the economy and the population.

To reward companies that make an active commitment in this area, Slow Food established the Slow Pack prize, a competition dedicated to the best packaging that respects the need to consider how to best preserve the contents and the composition of a “good, clean and fair” container.

Among the winners of the 2014 prize, awarded during Terra Madre Salone del Gusto, were Experimento Beer and graphic design company DoDesign-s.

You make more than beer. Tell us about your product.

Experimento Beer does more than make special beers. We use native fruits from Brazil, such as umbu and nance, as ingredients, emphasizing the quality of regional biodiversity, which is somewhat at risk of extinction. We work with a number of communities involved with small-scale farming and harvesting fruit from various Brazilian ecosystems.

Why is your project important for the Slow Food movement?

The project was started in 2014 by a couple of activists, Arthur Schuler (founder of Experimento Beer) and Anna Paula Diniz (art director at DoDesign-s). Since it was founded in 2003, DoDesign-s has been committed, from a social and political point of view, to the communities of Brazil and Latin America: it created and manages the Slow Food Brazil website, it has worked on several publications and in collaboration with the Slow Food Foundation for Biodiversity to set up a workshop on packaging and labeling with identity with the Merkén Presidium of the Mapuche communities in Chile. In particular, as part of the project with Experimento Beer, DoDesign-s set up a network of contacts with fruit producer communities. Through our activities, we believe it is possible to promote a fair and balanced relationship between beer producers and consumers, enriching this sector with values such as protecting biodiversity, promoting traditional knowledge and the importance of a direct link with producers and suppliers.

How did you choose the label? Does it represent the meaning of the brand? What is the link between the product and the label?

As well as identifying origin, the Experimento Beer label gives visibility to producers: it acts as a means of communication between all steps of the production cycle, right up to the end consumer. Geographical information is important to clearly indicate the origin of the fruit used, just as the QR code provides information about cooperatives and the characteristics of the beer. In addition, indication of the biome and its altitude defines the region.

You won the Slow Pack 2014 prize: what did it mean for producers?

The prize gave visibility to producers and opened up dialog with those who can finance the project in communities. Through the proposals of DoDesign-s, a new project was created, “Bridges toward sustainability”, which is intended to create new opportunities and develop new markets for the production areas of the products that we already use, from fruit, to roots, seeds and spices. The results of this collaboration between DoDesign-s and Experimento Beer will be on display at Terra Madre Salone del Gusto 2016, where two farmers will be in attendance: one representing nance producer communities and one coffee producer. Their participation will be funded by the German NGO Misereor and by the Belgian NGO Trias.

What does participating in Terra Madre Salone del Gusto mean for the beer producers’ movement in Brazil?

At the event we want to get a better understanding of the Slow Beer movement around the world, so we can help more effectively to spread the Slow Beer manifesto in Brazil.

What message would you like to get across via the Slow Beer stand at Terra Madre Salone del Gusto?

We will offer tastings of several products we work with and which we produce our beers from, together with two producers from the cooperatives that work with us. In this way we want to get across the importance of raw materials in our production and in artisan production in general. The same raw materials that make craft beer unique, in flavor, in the tradition they embody… and in the label!

We’re grateful for this glimpse into Experimento Beer. It shows us that not only is beer an old friend, but today there are more creative styles and varieties on offer than can be counted. Nowadays, the subtle differences between a Pale Ale and Brown Ale, a Porter and a Stout, a Dunkel and a Weissbier can create a lot of questions for the drinker.

Whether you’re interested in something traditional or want to know more about Italian beer trends, Terra Madre Salone del Gusto has something to suite your taste and help you navigate the world of beer. Reserve your seat now for a Taste Workshop!